Paris Hilton accused former late-night host David Letterman of setting out to “humiliate” her when she was a guest on his show.

In an episode of her This Is Paris podcast, the daughter of Real Housewives of Beverly Hills newcomer Kathy Hilton rehashed her appearance on Late Show With David Letterman in 2007, during which the late-night legend grilled her about her three-week stint in jail for driving with a suspended license while on probation.

On her podcast, Hilton told her sister Nicky Hilton that Letterman’s team was relentless in getting her to agree to appear on his after her jail stint. She said the calls went on for months, and she finally agreed to go on the show because she had a new fragrance, Can Can, coming out that she wanted to promote.

“Basically my PR team made an agreement with them that [jail] was off-limits and he would not discuss it and we would only be there to promote the perfume and my other business ventures,” Hilton said, per Us Weekly.

She explained that Letterman’s show felt like a “safe place” because she had been going on it for years, adding, “He’d always have fun with me and joke around, but I thought he would keep his word on this, and I was wrong.”

Paris Hilton Claimed that David Letterman Was Not Supposed to Ask Even ‘One Question’ About Her Jail Sentence, But That He Broke the Agreement

Hilton said she was caught off guard when Letterman began joking about her legal problems on camera. Within seconds of the interview, Letterman asked the socialite, “How’d you like being in jail?”

Hilton noted that Letterman “just kept pushing me and pushing” her to talk about jail as he asked her what “she learned” and grilled her about jail food.

While Hilton remained composed and tried to laugh during the awkward interview, she became visibly uncomfortable when Letterman asked her what she “did” to get sent to prison. She finally cut Letterman off when he refused to stop asking her about jail. Hilton told the late-night host she was there to talk about her perfume and her clothing line and wouldn’t be talking any more about jail.

On her podcast, Hilton revealed she was fuming inside.

“I was just getting so uncomfortable, and I was so upset,” she said. “It was like he was just purposely trying to humiliate me. And during commercial breaks, I would look at him like, ‘Please stop doing this. You promised me you wouldn’t talk about this, and that’s the only reason I agreed to come on the show. Please don’t bring it up again.’ And he’s like, ‘OK.’ And then [he did] again.”

She described Letterman’s behavior as “very cruel and very mean” and  said he “crossed the line.”

David Letterman Later Apologized to Paris Hilton For His Behavior 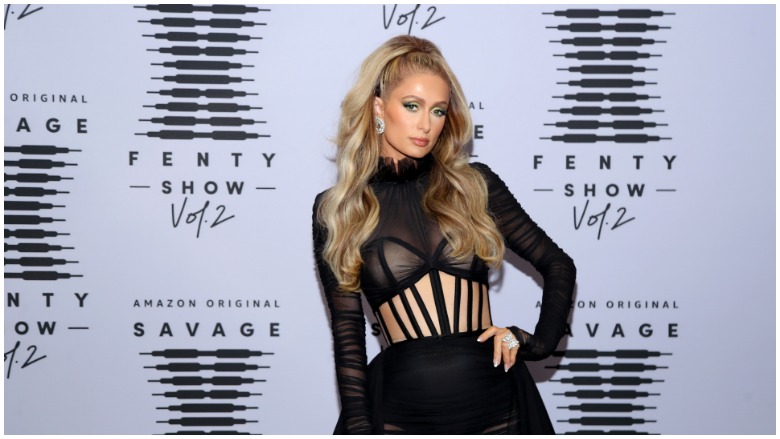 Hilton admitted that she was upset about Letterman’s stunt, but she stopped short of telling him off because she’s “not that type of person.”

“But I got angry,” she said. “And then he was apologizing and, like, sent a case of Château Lafite Rothschild wine to our house.”

Still, she vowed to never on Letterman’s show again, although she ultimately did return four more times before he ended his long late-night run in 2015.

When Hilton first returned to Letterman’s stage in 2008, he publicly apologized to her after privately calling her, writing her a letter, and sending flowers.

“We have a lovely woman who’s been in prison,” Letterman explained on his show,  per People. “I put those two things together and my head starts spinning.”

He acknowledged that he “continued to press the point” with Hilton during their 2007 interview as he mistakenly thought he was being “hilarious.”

“I offended you,” Letterman told Hilton when she returned to his show a year later. “I’m not here to make enemies, honestly. I’m terribly sorry.”