Ramona Singer was in the hot seat on “Watch What Happens Live,” but some fans think it wasn’t hot enough.

On Andy Cohen’s late-night show, the “Real Housewives of New York City” star spoke out about her bad behavior on the most recent season of the Bravo reality show. Singer’s controversies were not addressed post-season because the RHONY season 13 reunion was canceled by Bravo.

During a segment on WWHL, Cohen specifically questioned Singer about her behavior at the Black Shabbat that was hosted by new cast member Eboni K. Williams as a way to share the Jewish Sabbath with her co-stars Singer, Sonja Morgan and Leah McSweeney. Things didn’t go as planned after Singer made some controversial comments at the dinner.

“The number one question for you people they felt like since there was no reunion you never really had to answer for your behavior at Black Shabbat,” Cohen said to Singer on his late-night show. “When you saw that episode what was going through your mind? It was not fun for me to watch, or a lot of people.”

“When I went to Black Shabbat my intent was to connect with everybody by sharing my experiences,” Singer explained. “But I realized I should have just listened, absorbed, and learned, and for that I deeply regret.”

“Also obviously I was drinking,” Singer continued. “And when I watched it when the episode aired, I was mortified. Mortified.”

Cohen revealed that he received an apology text from Singer after the episode aired, and she confirmed that she sent out “a lot of them.”

While Singer expressed remorse for her behavior, some RHONY fans weren’t buying  her apology.

“Ramona and this pre-prepared response. Girl, bye,” one commenter wrote.

“She isn’t even capable of reciting her memorized text without sounding like a piece of rehearsed insincere bologna,” another wrote.

“Wow Ramona got off easily,“ another social media commenter added.  “Clearly Bravo intends to keep Ramona on RHONY even tho she is long overdue for dismissal.”

“This woman has shown her true colors over and over again,” another viewer wrote. “This wasn’t an isolated event. She’s perpetually problematic and awful to people and the worst part is that she thinks it’s ‘cute and corky.’ Society has moved past people like Ramona. I have never understood what Andy sees in her unless Andy is torn from the same racist, toxic cloth.” 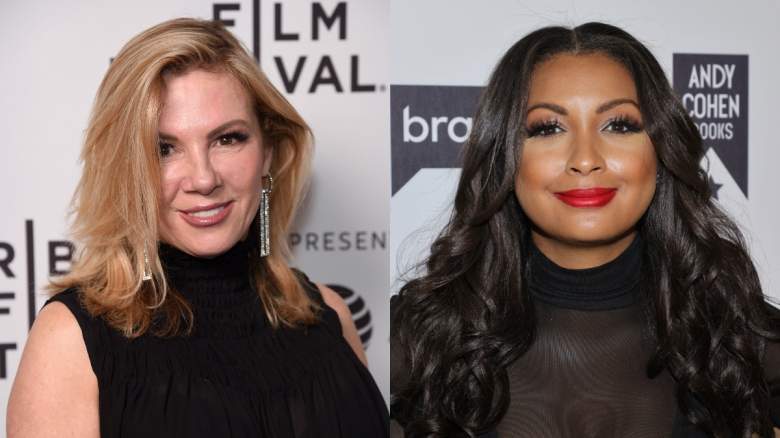 Getty ImagesRamona Singer responds to report that she made a racist comment about Eboni K. Williams.

With Black Shabbat, Williams had hoped to highlight “the relationship between Black and Jewish communities,“ she told The New York Daily News.

But Singer made much of the night about herself. At one point during the disastrous dinner, she talked about how Jewish people “hated” her when she was in college, then said Jews and Italians have a lot in common.

After a friend of Williams detailed a story about her experience during premature childbirth, Singer claimed that she was a victim of racism when a Black nurse refused to give her pain medication when she was in labor with her daughter, Avery.

“I didn’t have a second baby because of the pain I had from that birth and I was a white woman,” Ramona said in the episode, per The Daily Mail. “It happens to white people, too.”

Since that time, Singer has been accused of saying of Williams, “This is why we shouldn’t have Black people on the show.”

Singer denied making the racist statement, telling Page Six,  “I never said that. It’s a terrible lie. It’s very disappointing that even after my name was cleared that people still want to slander me.”

The outlet noted that an investigation into Singer’s comments caused the “Real Housewives of New York City” reunion to be canceled this season.