The “Real Housewives of New York City” reunion is already filled with drama –and it hasn’t even started filming yet.

A production insider told TMZ that “RHONY” veteran Ramona Singer approached producers about the upcoming reunion taping in an attempt to keep certain topics off the table, but it was a no-go. The source told the outlet that Singer is concerned that “RHONY” newcomer Eboni K. Williams might try to “frame her as a bigot” if this season’s race-related storylines are brought up during the reunion.

An insider told OK magazine that “Ramona is sick of all the race talk” and “knows she’s going to be destroyed at the reunion.”

TMZ reported that Singer went to producers in an attempt to negotiate terms about topics to be avoided during the “RHONY” reunion, but they refused to agree to ban discussions about racism.

Singer still plans to attend the reunion, the outlet noted. 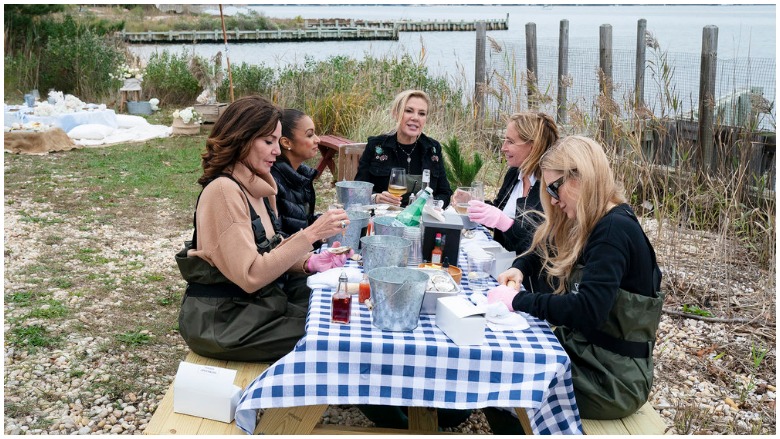 “[My grandmother] worked her entire life as a domestic, she worked for white families, she kept their children, she cooked their food — she ran the house. But it wasn’t seen that way… it was seen as she was the help,” Williams said, per People.

Williams confronted Singer and told her, “The ‘help’ comment was a little triggering for me. Do you know why ‘the help’ is not the best way to refer to somebody?… I think historically in our country, the ‘help’ can make people feel devalued.”

Singer later said she appreciated that Williams approached her in a “non-condescending way” to explain the history of the term.

“I get it. I’m not stupid, but sometimes I have a slip of the tongue,” Singer explained.

The two women did butt heads when Singer said Williams, who lives a lavish lifestyle and works as a lawyer and successful media personality, doesn’t appear to have “suffered” in life. Singer also said she had no interest in discussing politics, “race, religion or creed” with Williams, according to Page Six.

Singer’s concerns about how she could be portrayed on the “RHONY” reunion come just as Williams slammed “deranged bigots” in an Instagram post.

While some viewers blamed Williams’ race-related storylines for the show’s lower rating this season, she told TMZ that she “shouldn’t be the scapegoat” for ratings because it’s the producers who make final decisions about what conversations actually air on the show.

Williams claimed she was “demonized by some of the Housewives” and that there wouldn’t be a need for the ongoing race discussions if her castmates didn’t show up for filming with “microaggressions.”

Williams previously told the JasmineBRAND:  “The microaggressions and some of the more traumatic elements of the Black experience are only being brought up because my castmates are stepping in it.”

Filming For the “Real Housewives of New York” reunion has been postponed. While TMZ reported that the filming delay is due to “scheduling conflicts” and not related to the cast drama, another insider told the Daily Mail that “all hell is breaking loose behind the scenes” of the Bravo reality show.

Loading more stories
wpDiscuz
0
0
Would love your thoughts, please comment.x
()
x
| Reply
The 'Real Housewives of New York City' star is worried about how she will look at the reunion.