A former member of Bravo’s “The Real Housewives of Orange County” was involved in a scary police situation involving an ex-boyfriend.

According to TMZ, former RHOC star Elizabeth Vargas called the police after her ex-boyfriend barricaded himself inside her home. Luckily, Vargas was not harmed during the incident, which occurred in Newport Beach, California, on February 1, 2022.

“Detectives are currently investigating a felony crime in the area of Balboa Blvd. E and Medina Way,” police confirmed in an email. “There are possible felony suspects barricaded in a dwelling in the area. One suspect has been taken into custody. There is no threat to the community. We are not releasing any further information at this time.” Newport police did not release a suspect name. The situation resulted in a street closure.

Page Six quoted sources close to Vargas as saying she had been seeing the ex on and off “for the last few months” but he became “obsessive” showing up at her house and other places “randomly” and asking her for money and a car. JE ran into the house, “holds her hostage, has a gun,” the source said, describing Vargas as “traumatized” because she was “held captive.”

Police Identified the Man Under Arrest as Ryan Matthew Geraghty

In a further press release emailed to Heavy, police said a “felony suspect” was arrested and identified him as Ryan Matthew Geraghty, 33, of Los Angeles.

He’s been referred on possible charges of assault with a deadly weapon, burglary. felon in possession of a firearm, and extortion.

On Tuesday, February 1, 2022, the Newport Beach Police Department dispatch center received a call of a welfare check in the 100 block of Medina Way. Officers arrived on scene and observed an emergency situation that warranted the immediate evacuation of the victim from the residence. Once inside the residence, police officers encountered an armed male suspect who was actively threatening the life of the
victim. Officers took immediate action and placed the suspect into custody.

Based on information received by officers after rescuing the victim, the evolving incident warranted the evacuation of the surrounding residences. The Crisis Response Team was requested in order to secure the residence and ensure the safety of the community. Law Enforcement confirmed there were no other individuals involved, and no further threats to the community.

The investigation remains ongoing. Anyone with information regarding this incident is encouraged to contact Detective Henry at 949-644-3797 or rhenry@nbpd.org.

On January 6, 2022, she announced on Instagram that she was helping create a new show called, “Success of Unusual People.” She has been silent about the police situation on her social media. The Vargas involved in the police situation is the television reality TV actress, not the Elizabeth Vargas who is a network news anchor.

Vargas’s Ex Barricaded Himself in Her House, Reports Say 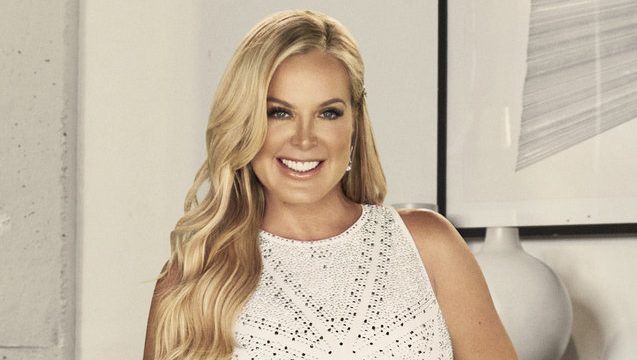 According to TMZ, which broke the story citing sources, Vargas has been having “ongoing issues with an ex-boyfriend” and called police on Tuesday, February 1, 2022, to report him “for possible extortion.”

When police were there, the ex showed up and “barricaded himself inside,” TMZ reported.

According to TMZ, at least seven police officers were outside Vargas’s Newport Beach home. She was not harmed or held hostage, however, according to the entertainment site. TMZ’s story included photos showing police officers outside of the home. “…there’s a guy in handcuffs at the side of a police car,” TMZ reported from the scene.

For Vargas, living along the beaches of Orange County was a long-time dream. That’s according to her BravoTV bio, which reads:

Born and raised in Missouri, Elizabeth Lyn Vargas always dreamed of living a life of luxury on the beaches of Orange County and with the help of her soon-to-be ex-husband, her dream has become a reality. Currently a CEO of an online music company, Elizabeth is ambitious, outspoken, and ready kick off the next chapter of her life with a little fun in the OC. Elizabeth is welcomed to the group through Kelly who she has known for a few years from the Newport party circuit. As she deals with her ongoing divorce, her lifestyle as well as her complex and sexless relationship with boyfriend Jimmy creates a lot of speculation from the women and they start to scrutinize who she is really is.

In June 2021, Vargas confirmed she was leaving RHOC, writing on Instagram:

I would like to thank NBCUniversal and Evolution Media as well as all of the producers, film crew, staff & my manager @sirdavidweintraub for the opportunity to participate in season 15 of The Real Housewives of Orange County.

COVID 2020 was a very unfortunate and tough year for all of us during filming but we made it happen and I’m very proud of what we accomplished as a team. Despite filming during COVID and not really getting to know all the ladies fully, this past year has been the most extraordinary, amazing and beautiful experience of my life. I am so proud of the work we have done and the friendships we were able to build.

To the Fans …I can never ever thank you enough for the outpouring of love, support and the kindness you have shown to me. Thank you for a memorable season and helping me to launch my new Vargas Vodka in which a percentage of every bottle sold goes to help save the animals!

According to US Magazine, she joined the show full-time in Season 15. The Sun reported that some fans criticized the decision to cast Vargas on the show.

Loading more stories
wpDiscuz
0
0
Would love your thoughts, please comment.x
()
x
| Reply
A former member of the "Real Housewives of Orange County" was involved in a scary police situation involving an ex-boyfriend.