As chatter about the show’s ratings – and reunion – begin to swirl,  one cast member says she won’t take the blame for this season’s low viewership.

Eboni K. Williams told TMZ that producers are to blame for the lower than usual ratings, not her discussions about racial issues.  According to the outlet, Williams, who is the first-ever Black cast member on the Bravo reality show, said she “shouldn’t be the scapegoat” for plummeting ratings because it’s the producers who make final edits and decisions about what ends up airing on TV.

The site noted that Williams feels “demonized by some of the Housewives” and that if her castmates “didn’t show up for shoots with microaggression,” there wouldn’t be a need for the ongoing race discussions.

The “RHONY” newcomer also pointed out that the show has always dealt with “sensitive” issues, so this season is nothing new.

Williams Has Admitted to Being ‘Preachy’ and a ‘Teacher’

Williams’ heated on-camera discussions with Singer, who referred to an employee as “the help,” and de Lesseps, who called Williams “angry,” were featured during her first season as a Housewife.  During a recent appearance on “Watch What Happens Live,” the attorney and TV host addressed the fact that some viewers have described her as “preachy” as she tries to school her co-stars on Black history.

Williams previously told E! News that she’s “not one to bite my tongue or ignore the big elephant in the room.” But she added, “I’m not here to lecture you. I have two full-time jobs. One is not to be a professor to white women about Black America. “

Williams previously told the JasmineBRAND that she never planned to “tiptoe” around her co-stars while on-camera and that their “comfort” doing certain conversations is not her concern.

“But the microaggressions and some of the more traumatic elements of the Black experience are only being brought up because my castmates are stepping in it,” she added. 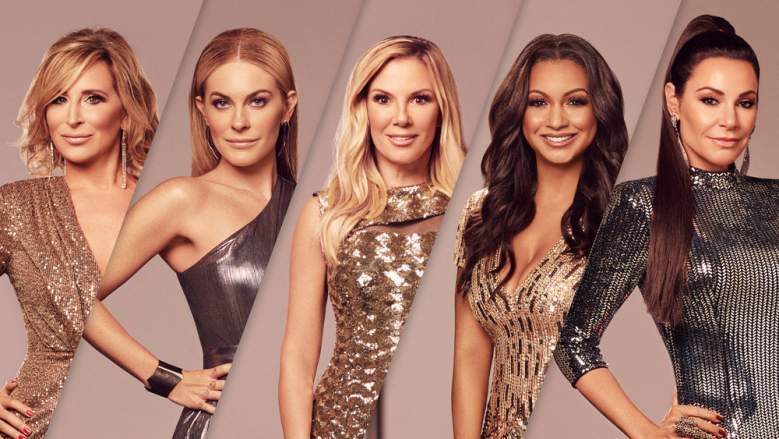 Recent reports about the “Real Housewives of New York City’s” lower ratings have spawned rumors about firings and a canceled reunion.

An insider told the Daily Mail that “all hell is breaking loose behind the scenes” of the show currently, and that the cast has been told they won’t begin filming again until early 2022, which is much later than their usual fall filming start. The U.K. outlet reported that the Bravo show hit an all-time ratings low this season with just 764,000 live viewers for one recent episode.

According to Page Six, the “Real Housewives of New York City” reunion has been postponed until at least September after the cast members were originally scheduled to film it on August 5.