Getty Vicki Gunvalson is photographed at an event in 2017.

Former “Real Housewives of Orange County” star Vicki Gunvalson’s daughter, Briana Culberson, will soon be a mother of four. The 34-year-old and her husband of 10 years, Ryan Culberson, have three boys, named Troy, Hank, and Owen. BravoTV.com reported Ryan disclosed that their sons will soon have a sister in an Instagram upload posted in September 2021.

Us Weekly reported that Gunvalson held a shower in celebration of Briana, who is due in March 2022. On January 22, 2022, the former Bravo personality shared photos taken at the event with her Instagram followers. The images can be viewed here.

The Instagram post consisted of three pictures. The first two photos showed the 59-year-old and her daughter posing with the baby shower attendees. The final image was a close-up shot of Gunvalson and Briana. The television personality tagged her location as Farmhouse on North, which is a restaurant, located in Barrington, Illinois.

“So fun showering my beautiful daughter for her baby girl due soon. May the Lord bless you with a healthy happy baby girl. My sister @lisa.bussenger daughter is pregnant and they are due just a few weeks apart. #babies #showeringwithlove #babygirl #moms [umbrella] [ribbon emoji] [revolving pink heart emoji],” read the caption of the post.

“Ahh so happy for this joyous occasion! Congrats on a baby girl for your family! It’s just so special [folded hands emoji] [red heart emoji],” wrote the mother-of-one. 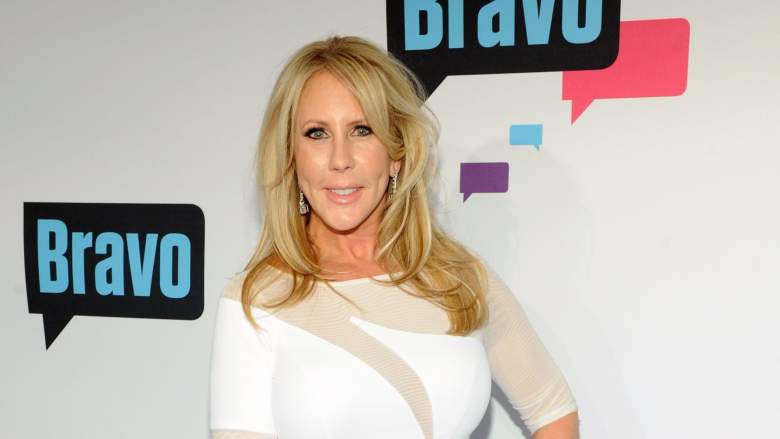 “You both look amazing! Brianna, you are glowing, beautiful! Congratulations!!!” wrote one commenter.

“So excited she is having a healthy baby but so excited it’s also a girl! Congrats!!” commented another Instagram user.

“Yeah congratulations always hoped you have a girl god bless !!!!!” chimed in a third fan.

Vicki Gunvalson Spoke About Her Ex-Husband in January 2022 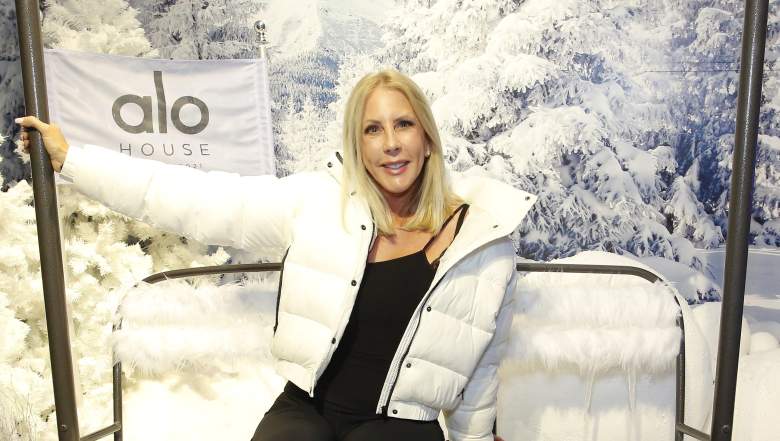 GettyVicki Gunvalson attends an event in 2021.

During a January 2022 appearance on the “Two T’s In A Pod” podcast, co-hosted by former Bravo personalities Tamra Judge and Teddi Mellencamp Arroyave, Gunvalson, who is single following her breakup from Steve Lodge, spoke about her past relationships. She shared that she has gotten close to her ex-husband Donn Gunvalson, who she divorced in 2014 after 20 years of marriage.

“We sparked a really quality friendship. He was just recovered from COVID. He was alone, so I was sending him Instacart,” shared the reality television star.

She also revealed that she did not have any hard feelings toward her ex-husband.

“I love Donn. I am to blame — 80 percent, 50 percent. Whatever the number is. Donn wasn’t a good husband towards the end. I wasn’t a good wife. We were not on a good path. We’re good people,” stated the 59-year-old.

When Judge and Arroyave voiced their support of Gunvalson rekindling her romance with the businessman, she did not seem to be opposed to the idea. However, she shared that she believes “there might be more opportunities” for her to date other men.

“I don’t know what the Lord has for me. I pray about it every single day. I thought Steve Lodge was going to be my forever man,” said Gunvalson.

READ NEXT: Scheana Shay Gives Update on Her Wedding With Brock Davies