Vicki Gunvalson has put herself back on the market—with the help of a matchmaker. The 59-year-old “Real Housewives of Orange County” alum opened about her dip back into the dating scene in an interview on the “Two T’s in a Pod with Teddi Mellencamp and Tamra Judge” podcast.

In September 2021, Gunvalson and her former fiancé, Steve Lodge, called it quits after more than five years together. Before that, Gunvalson dated Brooks Ayers for nearly five years. She was also married twice before that, with her 20-year marriage to her second husband, Donn, ending in 2014. 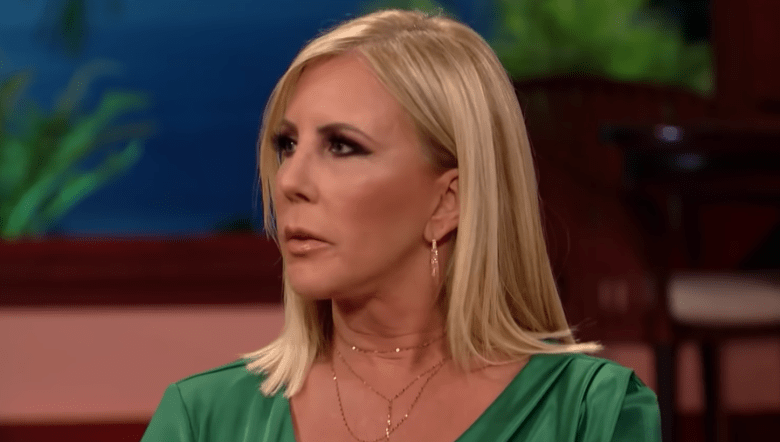 In the podcast interview, Gunvalson revealed that she hired a matchmaker a few months after her split from Lodge, and it sounds like she may have already found a match with a 55-year-old man.

“I’m on my fourth date with a guy from Chicago with the matchmaker,” she dished on the January 13 podcast. “He’s picking me up from the airport when I get to Chicago. [He] and I are gonna see each other next week when I’m in town. He’s in Chicago, because I will only date a Midwestern man. … We’ll be on date four next week.”

In late December, Gunvalson was spotted on a date when her son-in-law, Ryan Culberson, posted a video to his Instagram Story that showed her and a mystery man sitting at a table behind him at a restaurant in Chicago. Culberson captioned the pic, “Date chaperone,” per Page Six.

On the podcast, Gunvalson also made it clear that she is looking for a serious commitment.

The Bravo TV personality admitted that she will likely “never get over” Lodge.

“When you fall in love with somebody as deep as I did, you don’t just move out of somebody’s house and into the next one,” she said.

In December 2021 Lodge, 63, revealed that he was engaged to 37-year-old Janis Carlson, according to People. 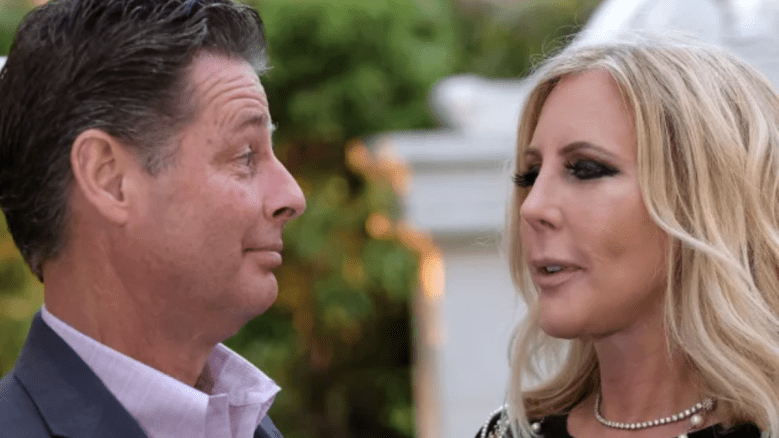 During the podcast, Gunvalson surprised podcast host Teddi Mellencamp by asking her if her dad, rock singer John Mellencamp, is single. But Teddi wasn’t having it.

“You do not wanna date my dad!” the former “Real Housewives of Beverly Hills” star said, per The Daily Mail. “He’s not tall enough for you. I heard that you needed a six-foot requirement.’

Gunvalson, who also said she doesn’t want to date anyone over age 63 (Mellencamp turned 70 in October), rattled off her list of requirements for a potential mate.

“They must love Jesus, age 55 to 63,” the RHOC alum said. “I want to be treated like a lady, I want a family man. I want them to be self-sufficient, someone I can laugh with, someone who will adore me, likes to travel, new experiences, someone to cook with me and drink wine or tequila with me, but not be an alcoholic – I can’t do the drugs and alcohol thing. …He has to be confident but not egotistical. He has to be loyal and committed, no lies.”

Gunvalson accused Lodge of lying to her throughout their relationship. She also said he cheated on her with his now-fiancée.

“While I was out of town working on a biz trip, he took her to my condo in Mexico!” Gunvalson wrote on Instagram in October 2021, according to Us Weekly. “He’s been flaunting around my town in OC making out in public places. It’s disgusting. …He’s been dating a 36-year-old and is not what he portrays himself to be.”