Williams was the subject of a Lifetime biopic, titled Wendy Williams: The Movie, as well as a tell-all documentary, What a Mess!,  in which she told all about her personal and professional life.

A big part of Williams’ story is her ex-husband’s alleged 15-year affair with Hudson.

In the What a Mess! documentary, Wendy said TV and radio personality Charlamagne introduced her ex-husband to mistress Sharina Hudson.

Hudson later gave birth to a daughter named Journey. Williams found out about the pregnancy after she hired a private investigator to follow her ex and his girlfriend. She divorced Hunter in 2020 after 22 years of marriage.

Williams Described Hudson as ‘Less Than Smart,’ But She Appears to Have Some Business Ventures in the Works

According to her Instagram page, Hudson now describes herself as a “fashion designer” for Vish New York as well as a vegan guru and chef at the upcoming Vegan Nose breakfast eatery.

“Bringing Delicious Plant-Based Pancakes & Raw Creamy Shea Butter,” a tease for the eatery, which is “coming soon,” reads on Instagram.

The apparent rebranding comes after Williams had some harsh words to say about Hunter’s girlfriend.

In an interview on Watch What Happens Live, Williams called her ex-husband’s mistress “less-than-smart,” and she shaded her past career as a bottle service girl at a club.

“She was one of these less-than-smart women who moved to the big city with bright lights and she wanted to be a model,” the talk show host said,  per Ok magazine. “You know how the girls with the sparkler champagne bottles at the club, they get people to spend more money, they dress scantily clad and things like that.”

William added that she knew about Hunter’s affair with Hudson early on, and noted that her husband’s wannabe model mistress was “disrespectful” to her, yet once had the nerve to say she “admires“ her.

Williams Is Unsure if Hunter & Hudson Are Still Together, But She Gave Them a Dual Shoutout 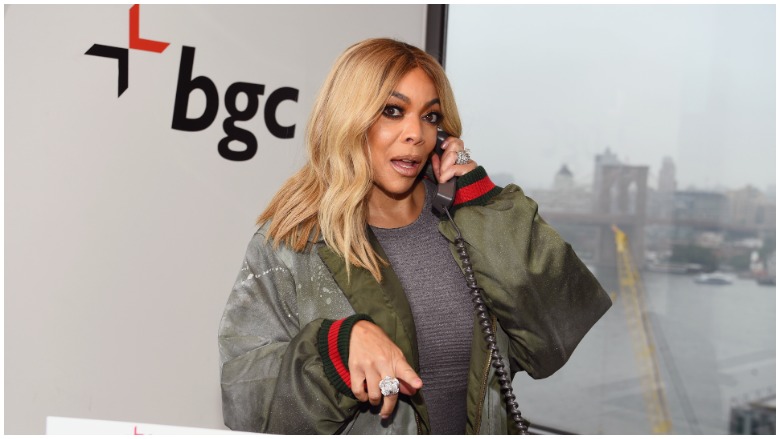 When asked if Hudson and Hunter are still together, Williams admitted she does not know if they are still a romantic couple. She noted that their child will soon have a birthday.

“I have no idea,”  Williams replied when asked about the relationship status. “And I don’t know how they’re raising the daughter Journey, I think she’s like two next month or something. That’s not my problem… my alimony for all three of them is on time, every month.”

According to Hip Hop Wired, Hunter was recently pictured on vacation with Hudson.

Williams shaded the duo on her talk show while promoting her tell-all documentary. In a shocking Hot Topics segment on her show, she directly addressed Hudson and Hunter and name-checked their toddler daughter.

“I can’t believe how fearless I am, and I can’t believe how many people have been drawn into my situation over the 12 years that I’ve been here entertaining you on television,”  Williams said, per a video shared by ET Canada. “Welcome to ‘Hot Topics,’ Sharina Hudson. Getting out of my car with my money. Good morning, Journey. I think she’ll be almost three next month, don’t you know…  Good morning, Kelvin.”

Even Williams’ executive producer was stunned by her mic drop as she outed her ex-husband’s mistresses’ name publicly for the first time.

In an interview on Out Loud With Claudia Jordan, Williams said her ex, who was fired as a producer on her show,  has “one job” now when it comes to his young daughter.

“[Kevin’s] got one job: keep her off the pole and hopefully she’ll be more educated than her mother and father”, she said, per Capital Xtra.