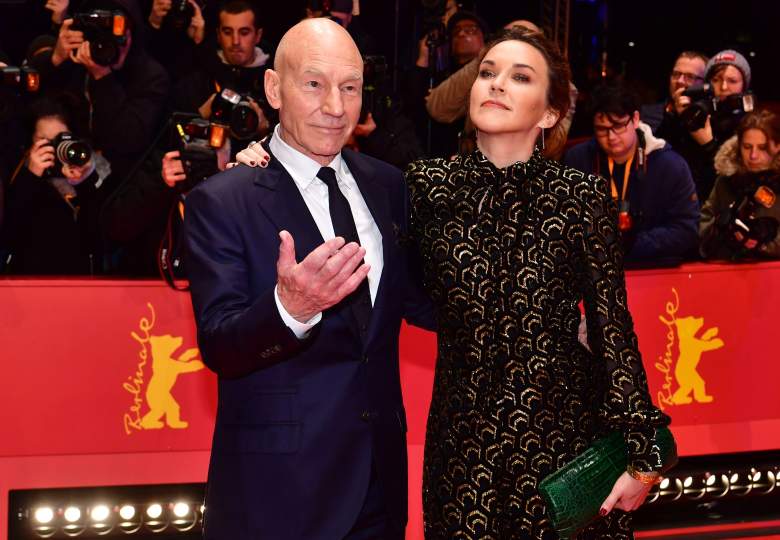 Patrick Stewart and Sunny Ozell at the Logan premiere in Berlin on February 17, 2017. (Getty)

Sir Patrick Stewart, who will be seen on the big screen as Professor Charles Xavier for the last time in Logan, is married to Sunny Ozell, an independent singer/songwriter. Ozell is 38, half of Stewart’s age, and the two have been married since 2013.

Ozell‘s own net worth is unknown, but Stewart has an estimated net worth of $70 million, according to Celebrity Net Worth.

The couple lives in New York and do not have any children. Stewart does have two children, Daniel and Sophia, from his first marriage to Shelia Falconer. Their marriage lasted from 1966 to 1990. In 2000, Stewart married producer Wendy Neuss, but their marriage ended in 2003.

Here’s a look at Ozell’s life and career.

1. Ozell Started Vocal Training When She Was Just 11 Years Old 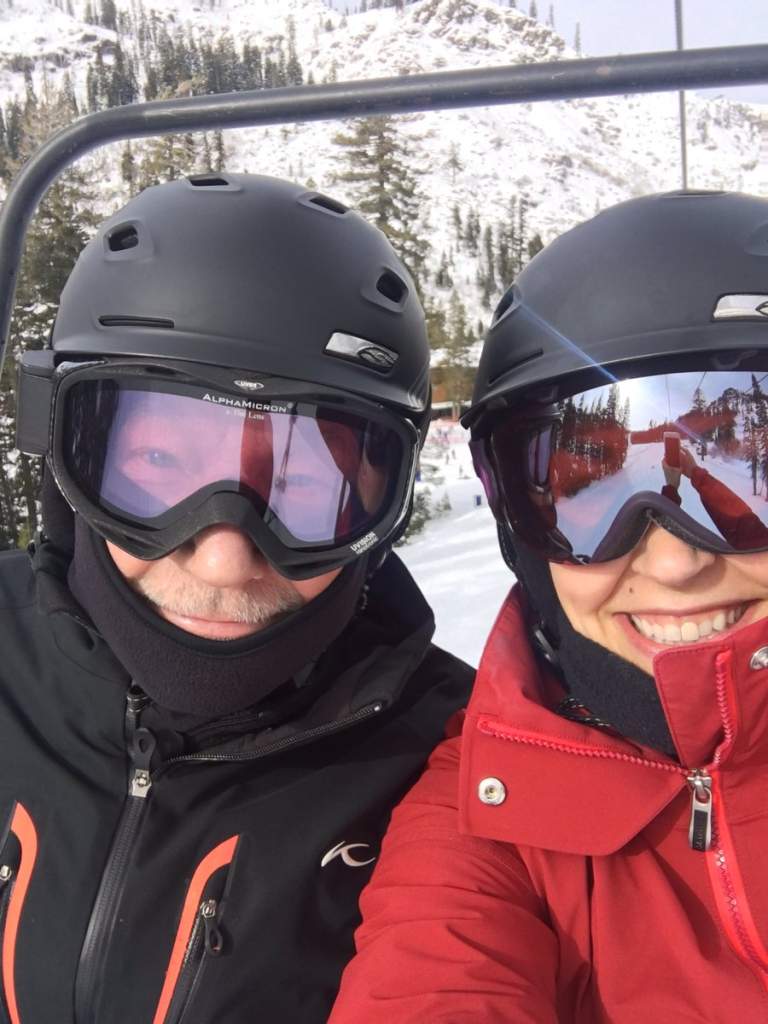 Although Ozell didn’t release her first album, Take It With Me, until the Reno, Nevada native was 37 years old, Ozell has always had an interest in music. In an interview with Songwriting Magazine, Ozell said she started vocal training when she was only 11 years old. She had an opera coach at age 13 and started playing violin when she was four years old.

“That was grueling and really difficult, also because – even for women – going through puberty does weird things to your voice,” Ozell told the magazine of her vocal training.

She continued her passion for music while in college in Boulder, Colorado, singing in blues bands in her free time. She later moved to New York and began to find her voice in clubs there.

Since it took her so long to record her first album, she told Songwriting Magazine that she considers herself a “late bloomer.”

“I wrote a couple of tunes on my last release,” she said of Take It with Me. “My strength as a writer is certainly lyrical, first and foremost, and good, catchy melodies. But in terms of really wonderful chord changes or more structural elements, I have good enough taste to know that other people do it better.” 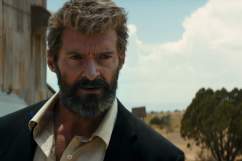 2. She Met Patrick Stewart in 2008, When She Was Working as a Waitress

Stewart and Ozell met in 2008, when Stewart was in New York for a Brooklyn Academy of Music production of Macbeth. Ozell was a waitress at Franny’s at the time. In a 2013 interview with Grub Street, Ozell said that it was like “nirvana for servers.”

“I called it Servana, as in nirvana for servers, because I did like a mercenary tour of duty in New York City, as a creative person working in restaurants,” Ozell told the website. “And it was a home for me, and it was a family. I’m really close to everyone I worked with. And it was all about the food, ultimately. And the wine list. And it was just a really special place. I mean, the weekends, it’s a tight space, and there were moments where it felt like we were just on the verge of coming unhinged, but we always kept it together.”

Ozell said she worked there for four years. In 2013, the restaurant moved and it is now located at 348 Flatbrush Avenue in Brooklyn. “I was there for four years; I got to see mommas with full bellies, and their kids are now going into kindergarten,” she said of Franny’s. 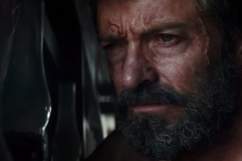 3. It Was Her Idea to Have Ian McKellen Officiate Their Wedding 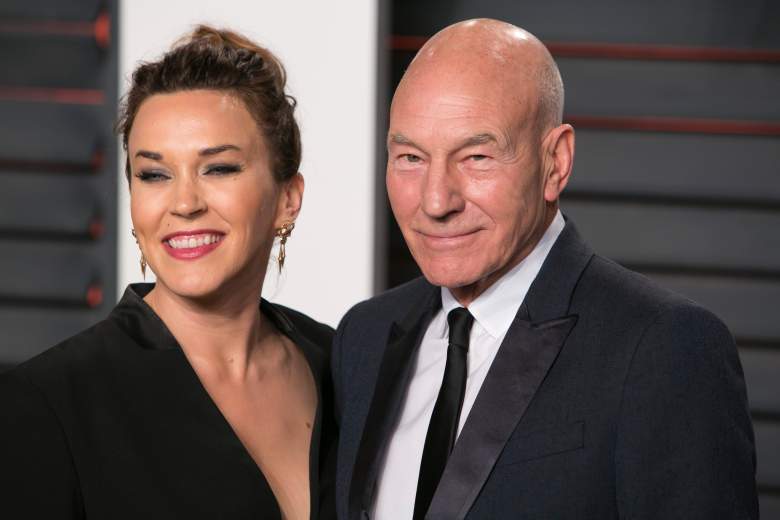 Ozell and Stewart’s wedding grabbed extra attention in 2013 because they had Stewart’s good friend and fellow acting legend, Sir Ian McKellen, officiate their wedding. Stewart initially hoped to keep that news a secret, but McKellen spoiled it during an appearance on The Jonathan Ross Show.

“That was supposed to be a secret, if he hadn’t have let it slip on The Jonathan Ross Show,” Stewart told This Morning in July 2015. “We ordained Ian online, he’s an atheist minister bless him,” Ozell added.

In their Grub Street interview, Stewart revealed that it was actually Ozell’s idea to have Stewart’s X-Men co-star officiate the wedding.

“There was only one choice,” Stewart told Grub Street. “It was Sunny’s idea, and it was a great idea, and I’m happy to say he said yes, without thought. He may live to regret it! But without hesitation, so we’re delighted.”

4. She Says She’ll Never Get Used to Living in the Spotlight 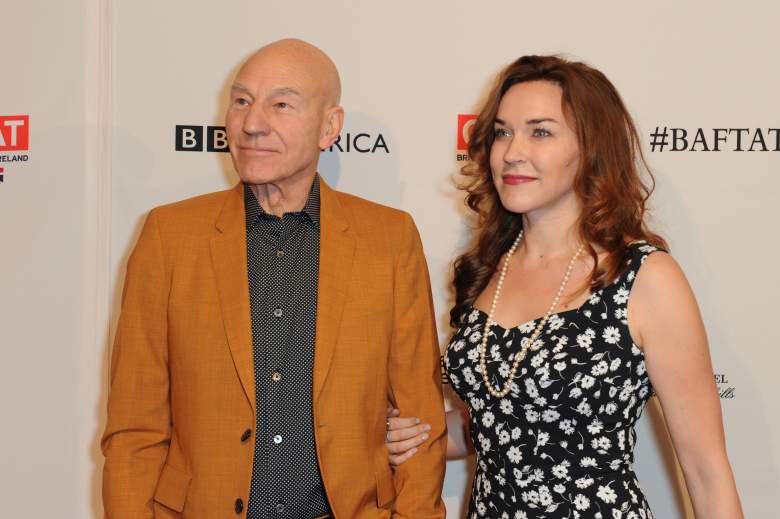 In a 2015 Female First interview, Ozell said she can never get used to being in the spotlight. She’s still surprised that a girl from Reno can marry an acting legend like Stewart.

“When something very splashy comes around, like the Emmys or the BAFTAs, I’m still bowled over that a gal from Reno, Nevada is on the arm of a gent like Patrick Stewart,” Ozell told Female First. “And frankly, I hope it’s always that way for me.”

She also said in that interview that being a “celebrity” only hurts their everyday lives when they try to go out for dinner.

“People with their darn phones and their Instagram accounts are relentless, and it’s profoundly obnoxious at times,” she told Female First. “Besides that, we’re a very normal, loving couple, and we have a great time together.” 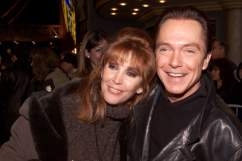 5. She Was the 1 to Tell Stewart He Wasn’t Circumcised

During an appearance on The Graham Norton Show in February 2017, Stewart revealed that he had argument with Ozell about whether or not he was circumcised. He was convinced that he was, but Ozell knew otherwise.

“One night with my wife [Sunny Ozell], as you do, we were talking about stuff and I mentioned my circumcision and she said, ‘You’re not circumcised,’” he recalled. “I said, ‘What do you mean? That’s ridiculous, I should know. All my life my mother has told me it was fashionable at the time.’”

He later went to his doctor, who confirmed that Stewart was definitely not circumcised. “Oh no, my grandchildren will be watching this!” Stewart said after telling the story.

The 76-year-old Stewart is actually five years older than Ozell’s father. In an interview with the Daily Mail in 2015, he said that Ozell’s father wasn’t too happy about their relationship, but he warmed up to the idea and now calls Stewart “son”!

“He is so youthful and I guess I’m kind of an old worry wart so we bridge the gap. It doesn’t come up much. He’s in better shape than me, which infuriates me,” Ozell told the Daily Mail. 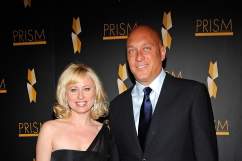