James Earl Jones returned to play King Jaffe Joffer, Akeem’s (Eddie Murphy) father in the film sequel Coming 2 America.  The legendary actor made his first royal appearance as the King of Zamunda more than 30 years ago in the 1988 film Coming to America.

In addition to his role as the Coming to America king, Jones is best known as the voice of Darth Vader in the original Star Wars trilogy dating back to the 1970s.  In a career spanning seven decades, Jones’ movies include roles in Dr. Strangelove, Field of Dreams, and The Hunt for Red October. He also voiced Mufasa, Simba’s dad, in The Lion King movies both in 1994 and 2019.  As a stage actor, Jones logged a long list of appearances on Broadway.

Jones is also part of a rare group of stars who’ve received an Emmy, Grammy, Oscar, and a Tony Award,  according to his IMDB bio.

How Old is James Earl Jones And How Tall is He? 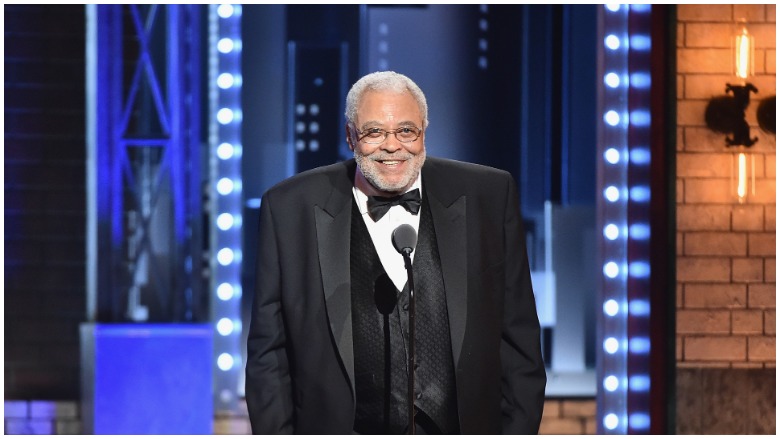 GettyJames Earl Jones accepts the Special Tony Award for Lifetime Achievement in the Theatre onstage during the 2017 Tony Awards at Radio City Music Hall on June 11, 2017 in New York City.

Due to his advanced age, Jones did not work on a film set when filming Coming 2 America and instead shot his part remotely. During a virtual press junket for the 2021 sequel movie, Eddie Murphy revealed that he didn’t shoot any scenes with Jones in person for Coming 2 America.

“Well, James Earl Jones, we had to shoot his stuff separately because James can’t travel,” Murphy said,  per Looper. “So, he shot his stuff in New York, so I didn’t get to shoot with him. You could never tell, though.”

“I love stage acting but I don’t think I can afford it – it doesn’t pay as well as film acting. We have to bring our own sandwiches in for lunch,” he once joked, per Express. 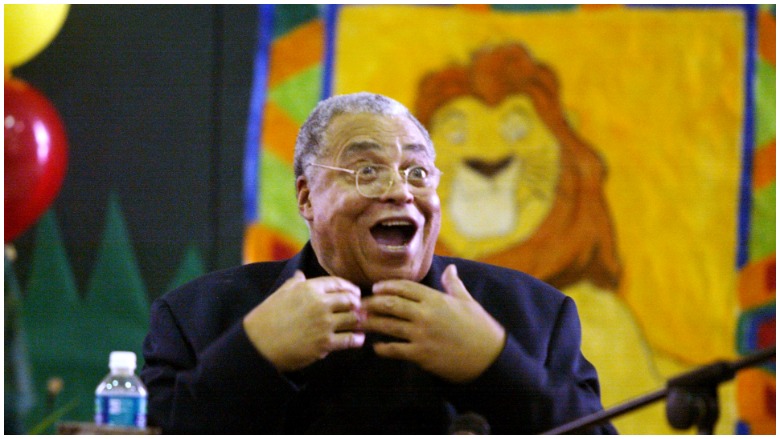 In Coming 2 America, Jones’ elderly character is ailing and anticipating his son’s reign as King of Zamunda, per Screenrant. In real life, Jones has some medical issues as well. Jones suffers from Type 2 diabetes, but he didn’t publicly talk about his personal health issues for decades.

In an interview with DiabetesMine shared by Healthline, Jones revealed that he was diagnosed with Type 2 diabetes in the 1990s.

“I was attending a program for diet and exercise, trying to lose some weight. Actors regularly take time off to lose weight for roles you’re playing,” he said. “I fell asleep one day while sitting on a bench in a gymnasium, and a doctor who happened to be there saw me and said, ‘That isn’t normal.’ I was fortunate to be in a facility where I had access to a doctor, and I feel lucky that I did fall asleep and have someone there to recognize that something was wrong. He encouraged me to go to the doctor’s office and have a test, and I did that and there it was: Type 2 diabetes. It hit me like a thunderbolt.”

Jones revealed there was a family history with diabetes – his mother had Type 2 as did some other family members. The actor noted it was difficult not being able to have his favorite desserts, such as strawberry shortcake, and revealed his family kept a close watch on what he was eating when he was first diagnosed with diabetes.

“My son was the first to catch me,” Jones admitted. “He would count the cookies in the kitchen, and he could smell it on my breath if I snuck some.”

In addition to watching his diet, Jones is on medication to balance his blood sugar.