Tatiana Maslany is the star of the new Marvel superhero series “She-Hulk: Attorney At Law,” which premieres on Disney Plus on Thursday, August 18. Maslany portrays Jennifer Walters, a deputy district attorney who obtained “Hulk” powers after she was exposed to her cousin Bruce Banner’s blood, as the Hollywood Reporter explains.

Shortly before the new series debut, Maslany made headlines by revealing a special update about her personal life.

Tatiana Maslany, star of #SheHulkAttorneyAtLaw, has some exciting news to share! Tune in for the full interview on #LSSC tonight at 11:35/10:35c pic.twitter.com/OD818EF2qF

Maslany appeared on “The Late Show with Stephen Colbert” on August 11 to promote “She-Hulk: Attorney At Law.” However, she surprised the audience by revealing for the first time publicly that she had recently tied the knot with actor Brendan Hines.

She told Colbert, “My actual big news is that I got married.” She acknowledged that until that moment, her fans had not been aware of the nuptials and she jokingly told the audience, “So don’t tell anyone!”

Maslany continued, “I married a wonderful guy named Brendan, Brendan Hines.” In response to Colbert commenting that the wedding had been a secret, Maslany added, “There are certain things you wanna kinda keep private. But we felt like you (Colbert) were the right person to tell it to.” Colbert joked that he would send the couple a crockpot as a wedding present.

Maslany shared a few more details about the ceremony, including that it was an intimate affair due to COVID-19. Their dog, named Earl, was the ringbearer but this decision nearly resulted in disaster. Maslany explained that the rings were in a box attached to the dog’s neck.

As she and Hines took the “first look” photos, they realized the box had come open and the rings had fallen out! The photographer even snapped a photo of Earl with the empty box; you can see a close-up of that photo at 3:03 in the YouTube clip from “The Late Show.”

Maslany shared that they were in a “field of sheep” for the photos and that luckily, Hines spotted the rings on the ground. Colbert joked, “If it was a field of sheep, it’s actually a field of something else.” Maslany responded, “Correct! And there was a lot of dodging that.” She said that thankfully, the rings had not fallen in anything gross.

Before the marriage announcement, Hines and Maslany had kept their relationship largely out of the public eye. As ET Canada reported, the couple went public in early 2022 by walking red carpets together but they had been linked since at least December 2020.

Brendan Hines Is the Son of a Former Priest & Former Nun 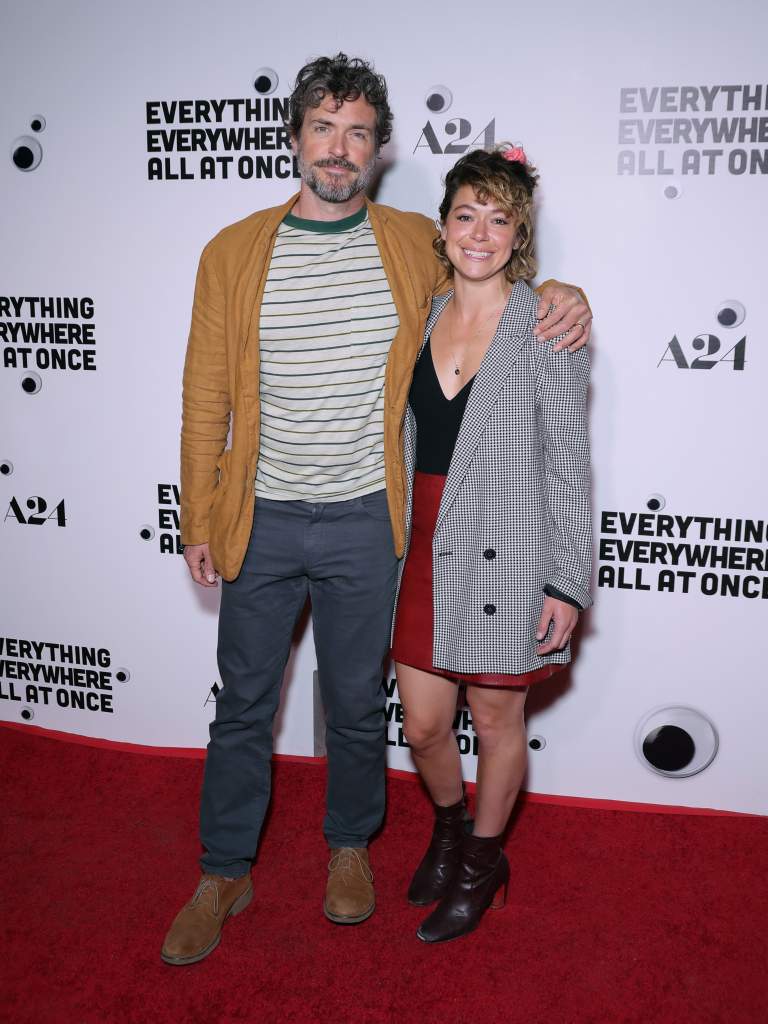 Getty Brendan Hines and Tatiana Maslany attend the premiere of A24’s “Everything Everywhere All At Once” on March 23, 2022 in Los Angeles.

Hines spoke about his family background in a 2017 interview with the Inquisitr. He confirmed that his father had been a Catholic priest and his mother had been a nun before they fell in love.

But then after they went through all of their training and had already had been stationed in the various schools that they were stationed in, they got back in touch and sort of developed this correspondence, writing each other letters. My dad was on the Upper East Side, and my mom was in Bushwick, Brooklyn, and they would just write each other letters and meet for coffee once or twice a month.

And then sort of developed into a romance and they had to — they had to go and tell their superiors, and then eventually write to Rome to be released from their vows because they wanted to go get married, and that’s what they did. They moved down to D.C. and then to Baltimore and had four kids and became philosophy professors.

Hines Is a Successful Hollywood Actor 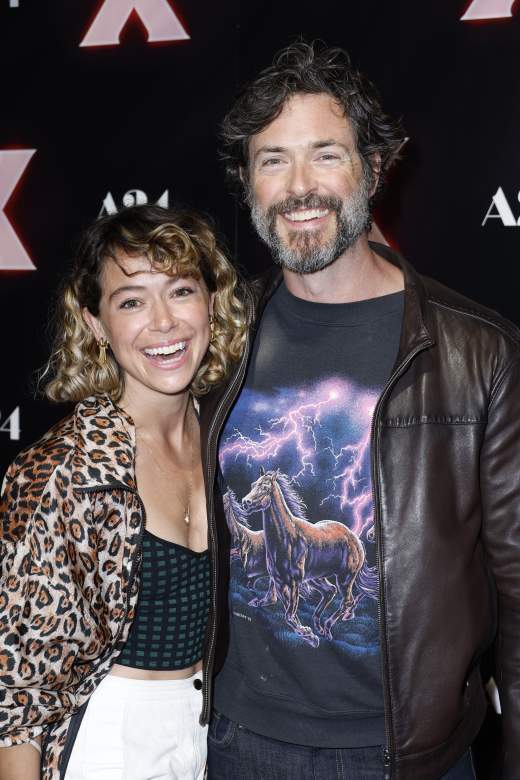 Hines told the Inquisitr that he grew up in Baltimore, Maryland. He attended an all-boys Catholic school where he recalled that he had been a “lousy student.”

Hines attended college for one year but chose to drop out and pursue an acting career after performing in a friend’s play in New York. “I ended up getting a manager out of that. And so I just stayed in New York and dropped out of college and just hustled in New York for the next five years,” Hines explained.

The gamble paid off. As of this writing, Hines most recently appeared in the Netflix series “Locke & Key.” Hines portrayed history teacher Josh Bennett in the second and third seasons. The show’s third season debuted on August 10.

According to his IMDB profile, Hines’ other acting credits include roles in TV series including “MacGyver” on CBS, “The Tick” on Amazon Prime, and “Secrets and Lies” on ABC.

READ NEXT: Does Comedian Bill Maher Have a Wife or Girlfriend?