Former “Teen Mom” star’s ex is back on OnlyFans and the fans are not interested in what he has to offer.

Nathan Griffith Announced His Return to OnlyFans With Shirtless Selfie: ‘TRUST ME You’re Not Gonna Wanna Miss What I’m Gonna Share There’ 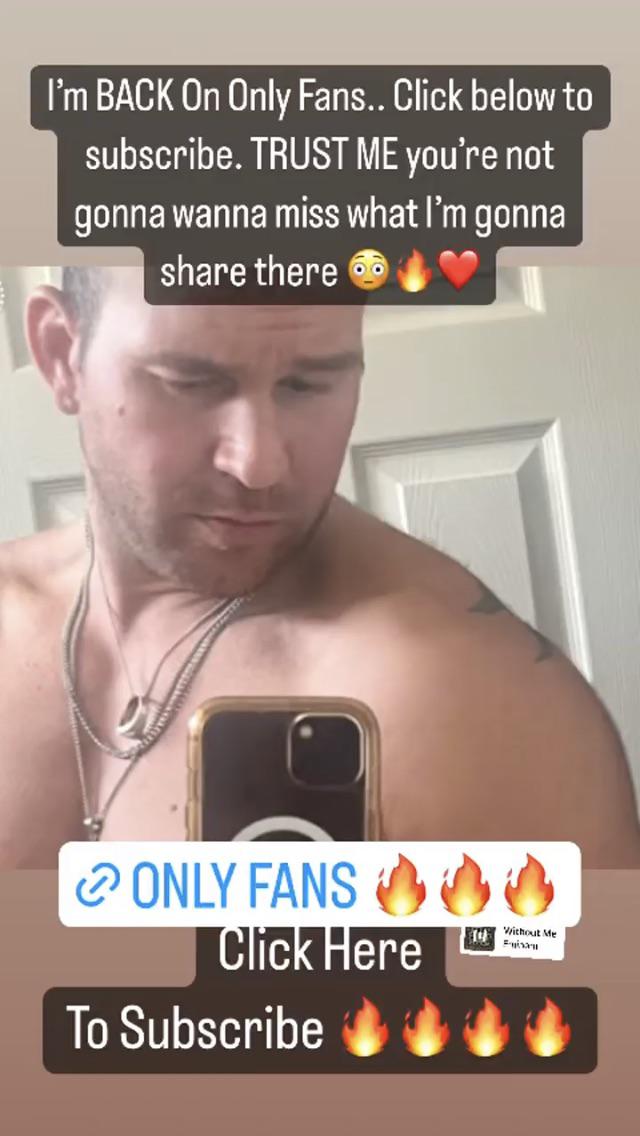 In his announcement he wrote, “I’m BACK on Only Fans.. Click below to subscribe. TRUST ME you’re not gonna wanna miss what I’m gonna share there.” He also included a heart, fire and shocked face emoji and the link to his page.

His profile reads “Fitness junkie and ready to do some work” and includes a shirtless photo as his avatar.

The subscriptions start at $10 a month and he already has 20 posts loaded to his account.

Evans, who is also the mother of his child, also has an OnlyFans account, hers goes for $20 a month.

This isn’t the first time he’s been on the site, he was often criticized by fans for his previous content, including posting explicit images of his wife, May Oyola.

He previously started the account in October 2021, revealing a fully nude photo to start with but with the crotch region blacked out. He teased possible nudes in the future.

Fans Slammed Griffith’s Return to OnlyFans: ‘I’m Perfectly Fine With Missing Whatever You’re Going to Be Posting There, Nathan’

Fans took to Reddit to lament in his return, clearly not excited about the development.

“Nobody here wants to see this douche canoes p-bug. Nobody,” someone wrote after warning the Reddit sub to refrain from sharing anything he posts.

“No I am, Nathan. I AM going to want to miss this,” someone wrote with a vomit emoji.

Someone commented, “this is a threat.”

“Who wrote this for him?” a fan asked. “I can’t hear it in Nathan’s voice. He always has a way of fudging every sentence that comes out of his mouth.”

“You know what I’ve seen your taint enough,” someone wrote.

A fan asked, “I’m going to ask a question that I don’t want the answer to. How badly shrunken is everything with all the roids this dude’s used? Nobody wants to see that.”

“I think Nathan is pretty. But also pretty horrible and pretty dumb. I could look at him though, but only if he never spoke,” someone said.

“Nate must be hard up for cash. He’ll soon realize that no-one wants to see his stanky dick on OF,” another fan said.

A fan commented, “I’m perfectly fine with missing whatever you’re going to be posting there, Nathan. Goooood luck with it tho.”

“I don’t want to see your butthole, Nathan,” someone said.

“Poor Kaiser both parents are absolute trash,” a fan pointed out.

Spicyyy. Maybe if he stamps an emoji over his face in every pic it won’t be bad,” someone commented. “I personally don’t understand why ppl pay money to look at naked pics. In my experience as a woman, men are very eager to give u a peek for free. just sayinnnn”

Loading more stories
wpDiscuz
0
0
Would love your thoughts, please comment.x
()
x
| Reply
Former "Teen Mom" star's ex is back on OnlyFans and the fans are not interested in what he has to offer.