The stars of “Bachelor in Paradise” are speaking out about the undesirable — and sometimes downright frightening — living conditions they endured while filming the ABC dating show.

With the exception of the first season, which took place at a resort in Tulum, Mexico, and aired in 2014, the reality series is filmed at the Playa Escondida Resort in Sayulita, Mexico. But while it looks like “Paradise,” the filming location leaves a lot to be desired, according to several of the franchise stars.

In an interview with Us Weekly, “BiP” couple Dean Unglert and Caelynn Miller-Keyes revealed there were some scary goings-on when they filmed their season in 2019.

Unglert spoke of an unidentified “creature” that was sighted by some past franchise stars, which they compared to a monkey.

“It could fly, I think. And it was big and hairy,” Unglert dished. “I never personally saw it, but there [were] a lot of whispers throughout the cast and the crew about this mythical creature that would sometimes come around and strike fear into people. And then just as quickly be gone.”

Unglert’s girlfriend, Miller-Keyes, spoke out about the crabs that were crawling all over the hotel. The “Bachelor in Paradise” alum revealed the creatures were so bad that she feared getting into the shower.

“Crabs would be in the shower and we were terrified to go in the shower cause they’re just like, claws out, ready to [go],” Miller-Keyes told the outlet. “One of our favorite things to do when we were on the beach, we would sit by the ocean at night. And there are these birds with these really long beaks and they would just stab and kill the crabs. That was our fun little thing to watch when we were bored.” 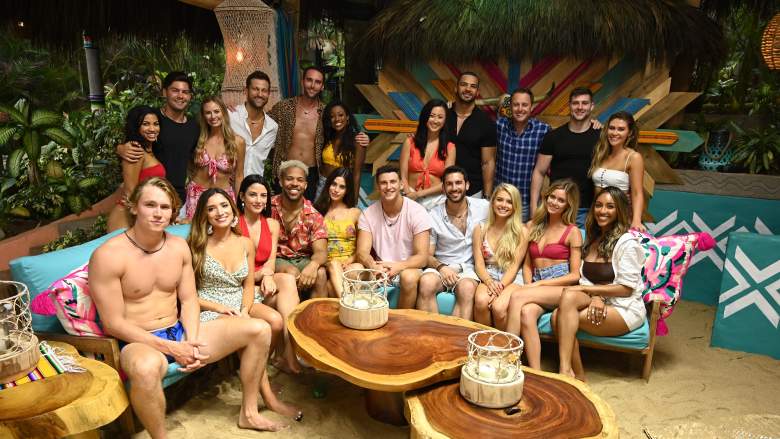 ABCThe cast of season six of Bachelor in Paradise.

Earlier this year, “Bachelor in Paradise” guest host David Spade also slammed the filming locale. In a video shared on his Instagram page, Spade said the hotel itself was fine, but that he didn’t appreciate the uninvited guests in his room.

“Dump is a strong word. It’s not a dump,” the comedian said of his accommodations. “It’s not…. It was a really nice room, but the problem is everything doesn’t seem nice when there are crabs everywhere.”

Spade described the crabs as “sickening,” and estimated he had “at least six” of the creatures in his bedroom at all times.” The comic also told The Aspen Times  he “went to ‘Crab city’ in Mexico and filmed in between being covered in crabs.”

“They walk sideways, which nobody likes, and they were in my room and bathroom every night,” he added. “It was just terrifying.”

“Bachelor in Paradise” alum Jared Haibon also confirmed to Us Weekly that there were “crabs everywhere” when he filmed seasons 2 and 3 of the show.

There Is Heat in ‘Paradise,’ But Not For the Right Reasons 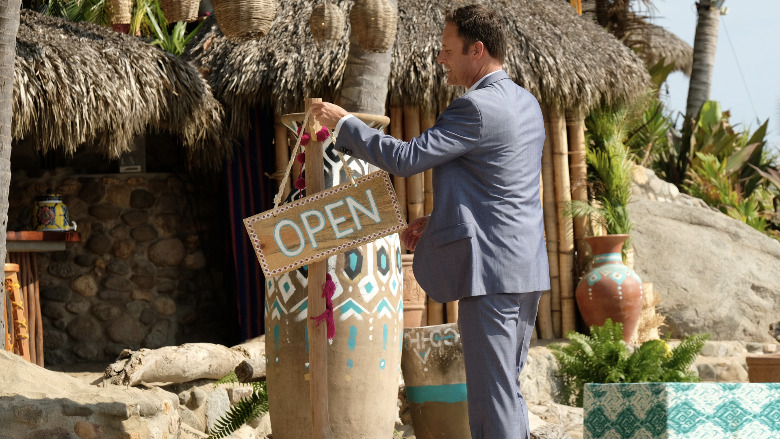 ABCChris Harrison officially opens the beach for ‘Bachelor in Paradise.’

In addition to the crabs, there have been some issues with the resort itself, mostly because “Paradise” packs in a large cast in a short, two to three-week span.

According to Glamour, while there is air conditioning provided in many of the huts at the resort, none of the rooms that the “BiP” contestants stay in are air-conditioned.

During an episode of the “Ben and Ashley I Almost Famous” podcast, Ashley Iaconetti also talked about the lack of AC in “Paradise,” and noted, “There’s no air conditioning other than the Boom-Boom room.”

And “Bachelor in Paradise” bartender Wells Adams talked to Us Weekly about the “moldy” lounge areas seen on the rose-filled reality show.

“All of those day beds that everyone goes and, like, sits on and stuff? Those get wet and then inevitably get moldy smelling,” he said. “By the end of the season, those daybeds are nasty. If you’ve gotten to the end there and you’re about to get engaged, you’re avoiding those.”

Following the first season of the show, “Bachelor” blogger Reality Steve Carbone also once revealed on his blog that “the food was terrible” in “Paradise” and that “hot water wasn’t always readily available” for the contestants.