Becca Kufrin had an encounter with her ex – and it seems as though their past drama has been all cleared up.

The former “Bachelorette” star attended the Blended Music Festival in San Diego with her “Bachelor in Paradise” boyfriend, Thomas Jacobs, but her original runner-up from the ABC dating show was also there.

In the caption to the pic,  Blake wrote, “On  a scale of 1-10 how weird is Bachelor Nation.” He included hashtags such as #thenasweristoomanyzeros and #thomasistall.

You can see the photo below. 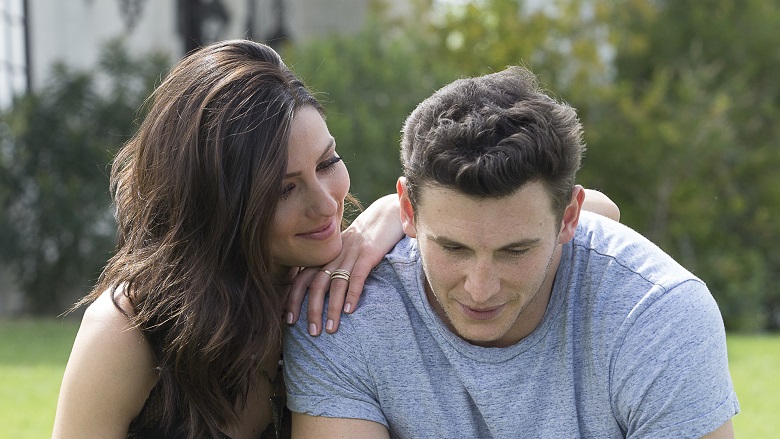 Becca and Blake have a complicated history. The former ABC leading lady broke up with Blake and chose Garrett Yrigoyen as her fiancé on “The Bachelorette” season 14 finale in 2018. But the couple ended their engagement in August 2020, according to People.  Before she went to “Paradise” to try to find love again,  a single Becca reconnected with her runner-up, Blake.

“We did kind of chat here and there,” Blake told the “Reality Life With Kate Casey” podcast in August 2021. “And we were back in touch within the last like six months. … But we’ll see how ‘Paradise’ works out because she’s going to ‘Paradise.’  That show can change you and those producers get a hold of you. The show doesn’t like me, the show doesn’t want to see us together. She has the ABC podcast. That’s kind of her thing. She is very much involved in that show. We’ll see.”

While fans speculated that the two rekindled their romance, Becca set the record straight about Blake’s comments during an appearance on the “ClickBait With Bachelor Nation” podcast in August 2021.

Becca said that while she remained on friendly terms with Blake, she added, “In terms of the talking, quote-unquote, yeah, I mean, we’ve been in touch very sporadically, but nothing that I would say would [be romantic]. I think it sounds very misleading. That conversation he had seemed very misleading.”

In September 2021, Blake told the “Behind the Rose” podcast that he was “hurt” by Becca’s description of their relationship and he accused her of downplaying it.

“I was hurt by the podcast—and like you said, it’s no secret that we were hanging out prior,” he said. “My friends certainly know the truth. Most of the people in the ‘Bachelor’ world know the truth. Her friends sure as s—  know the truth. So, it is what it is. The one thing I’m gonna say is maybe Becca is protecting something or someone, and for that I respect her… But it just sucks that it happened the way it did.”

As for Becca’s current relationship, she seems smitten. After leaving “Paradise” as a single lady, she reconnected with Thomas off-camera and they have been dating ever since.  Becca even shared a solo photo of the two of them at the Blended Festival, which she captioned, “Should I start following him on the gram yet or what?”

Loading more stories
wpDiscuz
0
0
Would love your thoughts, please comment.x
()
x
| Reply
The 'Bachelor in Paradise' couple had an encounter with her ex.