ABC Blake Moynes on The Bachelorette.

Blake Moynes is a familiar face in Bachelor Nation. The Canadian-born contestant is a three-time suitor on “The Bachelorette” after courting franchise stars Clare Crawley, Tayshia Adams, and now Katie Thurston on their respective seasons.

So what are the stats on Moynes? 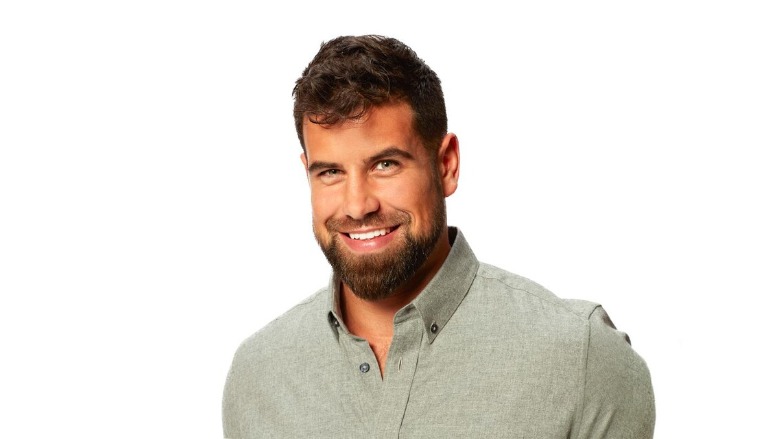 Just like Thurston, Moynes is 30 years old. But by the time the current “Bachelorette” season ends its run on ABC, he will be approaching his 31st birthday.  The wildlife manager was born on August 9, 1990, making him a Leo, according to The Sun. He was raised in Hamilton, Ontario Canada by his mother, Emily, and he has two siblings named Taylor and Cody.

At age 30, Thurston is the fourth oldest “Bachelorette” in the history of the show, but her cast of guys average out to be the fourth youngest of all the men ever seen on the ABC dating show, according to Us Weekly. The average age of Thurston’s contestants is 28, so Moynes is on the “old” side.

Moynes celebrated his 30th birthday right around the time he was filming Crawley and Adams’ dual “Bachelorette” season in the summer of 2020. According to Bachelor Nation Fandom, Season 16 of the female-led dating show began filming at the La Quinta Club and Resort in Palm Springs on July 19, 2020, just a few weeks before Moynes’ big birthday.

Blake Moynes Is a Tall Man, But he’s Not the Tallest of Thurston’s Guys

“Bachelorette” fans know that Moynes is a tall man. He was nicknamed “Big Blake” during his previous rounds on the rose-filled reality show, per Parade. Moynes is said to be six feet tall, outlets such as Ok Here’s The Situation have reported.

Moynes looks especially tall next to Thurston, who is about 5’5” tall. But even though he’s known as  “Big Blake,” Moynes isn’t as tall as some of “The Bachelorette” star’s other guys.

According to StyleCaster, several of Thurston’s other suitors are former athletes and they tower even over Moynes. The outlet noted that Thomas Jacobs, for example, is a former University of San Diego basketball player and clocks in at 6’6,” while  Conor Costello, a former college baseball player,  is 6’3.” Even Thurston’s first Bachelor Nation boyfriend, former “Bachelor” star Matt James, was a Wake Forest University football player and stands a towering 6’5”.

But not only does Moynes have an outdoorsy, physical job that keeps him fit,  but he’s also an athlete himself—going back to his childhood. The reality star has shared recent footage of him playing hockey, and in a past social media post, he reflected on “those cold, dark, early morning” ice hockey practices when he was a kid.