Sean Lowe and Catherine Giudici are one of the most successful couples from “The Bachelor” franchise. Fans have been following them since they first met on Sean’s season of the ABC dating show back in 2013 and they tuned into their live TV wedding in January 2014, per The Hollywood Reporter.

The couple has kept fans in the loop as they’ve expanded their family with sons Samuel, 5, and Isaiah, 3, and daughter Mia, 2. And while they’ve talked about adding more kids to their brood, in a new interview, Catherine revealed that her husband is now nervous about having more kids.

“I feel like it’s probably erring on the side [of being done],” Catherine told Us Weekly. “We know that once you get into the higher numbers, we don’t want to neglect anything. Sean doesn’t want to miss anything. He knows that when he was growing up, he had all these practices for stuff and his dad made it to every single one. … He’s a little scared that he is going to miss things, and he doesn’t want to miss things.”

The 35-year-old mom of three added that she and her husband are “really weighing things” at this point, but noted that they have “a have a lot of love to give.”

Sean & Catherine Have Talked About Adopting a Child 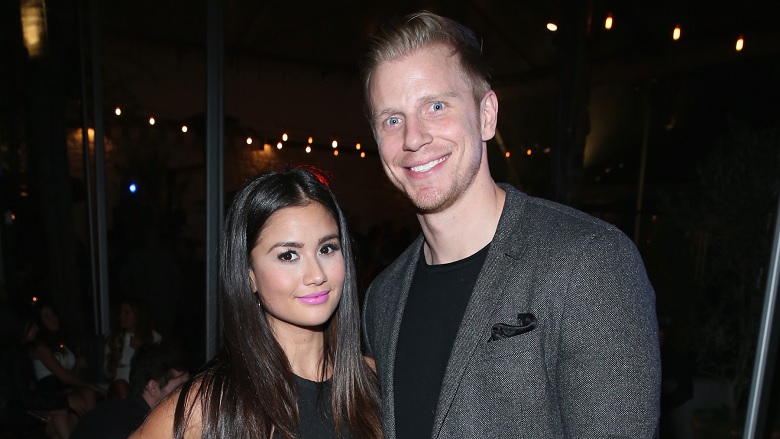 Catherine previously told OK magazine that she and Sean were looking into adopting a fourth child.

“We are praying about it, we are researching it, we are trying to potentially start a process,” Catherine said in November 2020.  “It’s such a huge change, it’s something that would be monumental in our lives. We take it very seriously and want to make sure that it’s right for our family.”

She confirmed that adoption is not off the table in her new Us interview.

“You never know what happens, right?” she told the outlet. “If we’re greeted with a child that we feel super compelled to adopt … we’re open to everything.”

In December 2020, Catherine also opened up about the possibility of adding to her family. At the time, she told Hello magazine that more biological babies were not off the table.

“Let’s just say, the factory isn’t closed,” she said. “We’re open to growing our family so we’ll have to see.”

She also told OK in 2020 that because “the factories are not closed,” anything is possible.

But by May 2021, the Bachelor Nation couple was once again wavering.

“I don’t know anymore,” Catherine agreed. “We’re trying to be really intentional about teaching [our three kids] things and being present with them during this time. I think it might be a little selfish to add a fourth because they require a lot of attention right now.”

Loading more stories
wpDiscuz
0
0
Would love your thoughts, please comment.x
()
x
| Reply
'The Bachelor' couple spoke out about expanding their family -- or not.