Presley Ann/Getty Images for Seagram\'s Escapes) Chris Harrison and Lauren Zima at the launch party for his Seagram's Tropical Rosè.

Chris Harrison’s girlfriend Lauren Zima got dressed up for the Billboard Music Awards, but she had to leave her man at home. The entertainment reporter, who has been dating “The Bachelor” host since 2019, posed in a neon orange Christopher John Rogers gown after returning home from the event, which was held at the Microsoft Theater in Los Angeles over the weekend, per Billboard.com.

In a pic shared on her Instagram page, Zima stood alongside Harrison, who was unshaven and dressed down in sweatpants while holding a cup of coffee.

“I miss walking red carpets with him, but I’m glad I get to come home to him,” Zima captioned the post, adding that she longs to see Harrison in a suit again.

Several fans responded to the post to question why Harrison didn’t attend the event with his longtime love. Some wondered if it was due to the backlash the longtime ABC host received after he made racially insensitive comments while speaking about “Bachelor” winner Rachael Kirkconnell during an interview with former franchise star Rachel Lindsay earlier this year. Harrison has stepped away from his role as “The Bachelor” host in the aftermath of the scandal.

“I don’t get it,” one follower wrote, in response to Zima’s post. “Why can’t Chris still walk the red carpet despite the Bachelor backlash? Is he now blocked from all Hollywood events? Or Is Lauren worried it’s just not good for her image?”

“Why can’t he walk the red carpet?” another asked. “Bring Chris Back!”

“I miss him,” a third fan wrote. “Maybe he said no because he did not want her moment to be taken away with people talking about him. He is a good person it’s so sad.”

Zima circled back to explain the situation.

Lauren Zima Previously Admitted She Was Disappointed in Chris Harrison’s Comments, But She Stood By His Side Following the Scandal 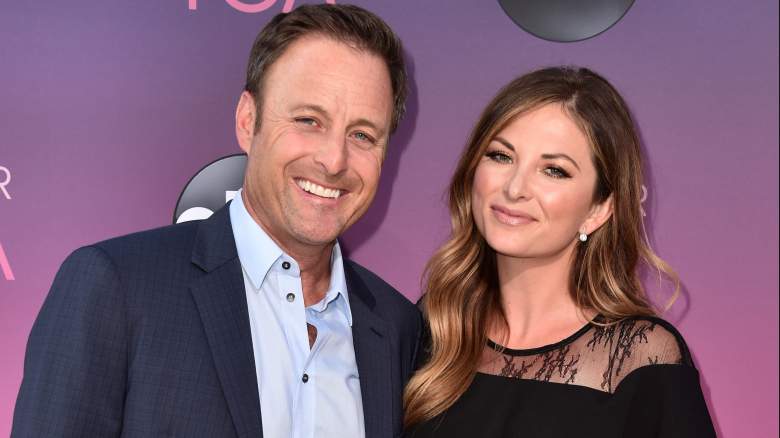 After Harrison commented on old photos of Rachael Kirkconnell at an Old South antebellum-themed sorority party and asked for “a little understanding” and “compassion” for what she did way back in 2018, he received backlash from some who felt he defended “The Bachelor’ contestant’s past behavior.

Even Zima was disappointed. “What Chris said was wrong and disappointing,” she wrote in a social media post, according to E! News. “Defending racism can never happen. Accountability comes first, what’s next is learning and growth.”

Harrison later apologized for his “ignorance” on the issue and apologized to all that he offended, then announced he would temporarily step back from the ABC dating franchise.

“By excusing historical racism, I defended it,” he wrote on Instagram. “I invoked the term ‘woke police,’ which is unacceptable. I am ashamed over how uninformed I was. I was so wrong. To the Black community, to the BIPOC community: I am so sorry.”

Since that time, Zima hasn’t attended red carpet events with Harrison, but she did attend a wedding with him. In April, Harrison posted an Instagram photo of the two decked out for a friend’s nuptials in Dallas, Texas.

“There’s no one I’d rather celebrate love with and I’ll be your plus one anytime,” he wrote to Zima.

Loading more stories
wpDiscuz
0
0
Would love your thoughts, please comment.x
()
x
| Reply
The girlfriend of 'The Bachelor' host explains why she went solo to an awards show.