Katie Thurston had some “girl power” during her season of “The Bachelorette,” and it sounds like her predecessor will, too.

Reality Steve wrote on Twitter: “(BACHELORETTE HOST UPDATE): Kaitlyn and Tayshia will be returning to co-host Michelle’s season of the ‘Bachelorette’ when it begins filming later this month. I’ll have some filming updates, locations, and timelines in my column on Tuesday.”

ABC has not yet confirmed Reality Steve’s “Bachelorette” update.

Bristowe Seemed To Confirm She Was Leaving Town 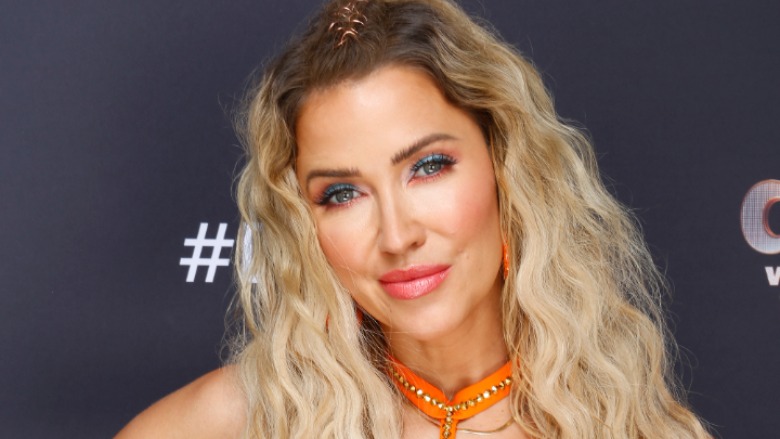 While Bristowe and Adams haven’t spoken publicly about their back-to-back “Bachelorette” gigs, on Instagram, Bristowe hinted that she was leaving her Nashville home for something soon. Months after heading to a New Mexico resort to film Thurston’s season of the ABC dating show, the “Dancing With the Stars” champ posted a photo of her with her dogs with the caption, “Another day, another tennis ball-inspired outfit to make the dogs happy. I have to leave them for a little while and I’m feeling super super emotional.”

Fans were also feeling super emotional about the hosting news. In response to Reality Steve’s post, some fans were happy to hear that Bristowe and Adams will be back, but others slammed the idea of the returning hosting duo.

“So the producers watched their performances and said we must have some more of this next time,” one viewer asked on Twitter.

“Ugh i hate the dynamic tbh,” another added. “It’s not like some slumber party and it reads on screen that way.”

“Bring Chris Harrison back!” a third viewer demanded. “Having two girls do his job just is not working well. They definitely don’t need two people doing it!!!”

Bristowe & Adams Previously Raved About The Girl Power on ‘The Bachelorette’ 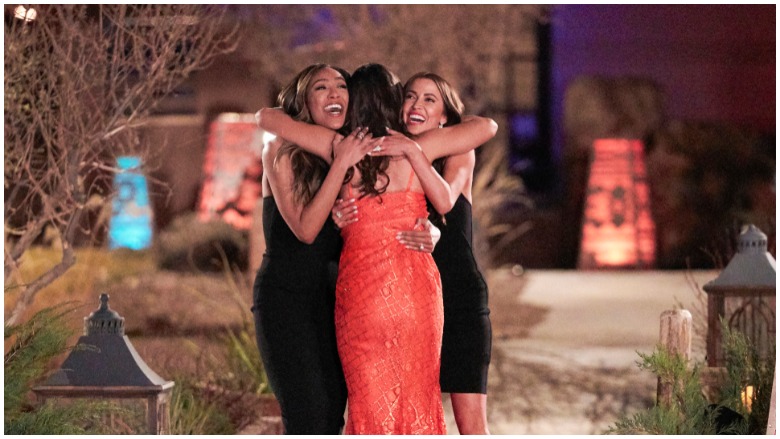 Bristowe previously opened up about her expected role as a “Bachelorette” host and mentor. During an episode of the “Bachelor Happy Hour” podcast, she raved about how Thurston had the “support system of having two women there.”

“One thing we kept saying is, ‘My gosh, it would have been so nice to have this when we were the Bachelorette, to have women who have been in our shoes before come in and be there,’” Bristowe said, per People. “If it’s just a shoulder to cry on, if it’s you need advice, if you’re feeling alone in it or if you’re feeling like you can’t do it, which we all feel at a certain point.”

Adams told E! News that she and Bristowe formed a close bond with Thurston in a way that Harrison couldn’t relate to.

“It was the ultimate girl gang, if you will,” she said. “Every time [Katie] needed us we were always kind of right around the corner and ready to help her. But it was so great to be able to be there with her because if there’s ever been a time for a Bachelorette to have somebody as a mentor behind the scenes, so this was something that was really special for her and I hope that we helped her out.”

Loading more stories
wpDiscuz
0
0
Would love your thoughts, please comment.x
()
x
| Reply
The hosts for Michelle Young's season of 'The Bachelorette' have been revealed.