Getty Colton Underwood of The Bachelor

Colton Underwood has added another chapter to his coming out story. Weeks after coming out as gay during an interview on ABC’s “Good Morning America,” the former “Bachelor” star revealed that he had hookups with men before starring as ABC’s leading man. He also shared a story of being blackmailed by a fan who spotted him at a gay spa.

Underwood, who is filming a new TV series about his coming out journey, made the new claims  in a Variety cover story titled “Controversial Confession.”

“I’ll say this: I was ‘the Virgin Bachelor,’ but I did experiment with men prior to being on ‘The Bachelorette,’” Underwood told the magazine.

Underwood Claimed His ‘Virgin’ Title Was Not a Lie

Underwood’s struggle with his virginity was the main theme of his “Bachelor” season in 2019. He ultimately broke up with his reality TV girlfriend, Cassie Randolph, last May and was later accused of stalking her.

In the new interview, Underwood admitted that he had sexual experiences with men before he joined “The Bachelor“ franchise in 2018 as a suitor on Becca Kufrin’s season. The reality star revealed he met men on the gay dating app Grindr under an alias a year or two before joining the reality show and later feared one of the guys he hooked up with would sell a story to a tabloid.

Underwood was careful to keep his “Virgin” title intact. “When I say ‘hookups,’ not sex,” he told Variety. “I want to make that very clear that I did not have sex with a man, prior to that.”

He added that the guilt he felt from hookups with men is what drove him to apply to be on “The Bachelorette.”

“I remember feeling so guilty, like ‘What the hell am I doing?’”  he said. “It was my first time letting myself even go there, so much so that I was like, ‘I need ‘The Bachelorette’ in my life, so I could be straight.'”

Underwood also revealed that in 2020, he visited a Los Angeles spa known for gay clients “just to look,” and that someone recognized him attempted to “blackmail” him by outing him in the press. The anonymous person claimed to have nude photos of Underwood at the spa and threatened to share them with a tabloid.

“I’ll just say it. I, at one point, during my rock bottom and spiral, was getting blackmailed,” Underwood revealed. “Nobody knows I was blackmailed.”

After “The Bachelor” star forwarded the blackmailer’s email to his publicist, it helped begin his process of coming out to the public. 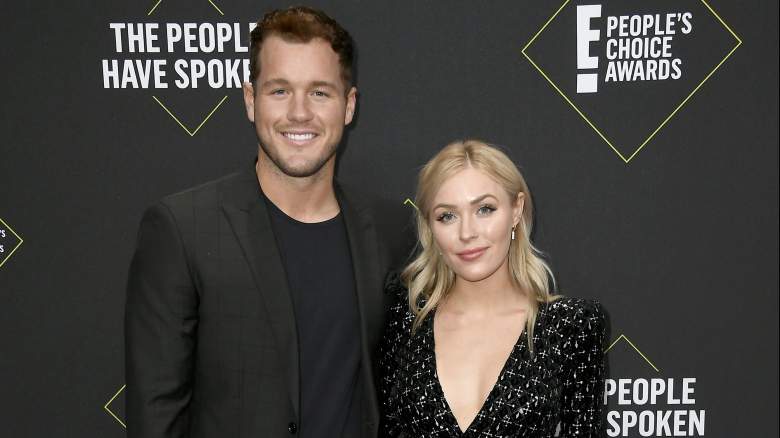 Underwood told Variety he knew he was “different” at age six and realized he was gay by the time he was a freshman in high school.

“By the time I realized that I was gay, I didn’t want to be gay,” he admitted. “It was easy for me to hide in plain sight behind a football mask and hunting and fishing and the things that this world tells us is ‘masculine’ and ‘manly.’”

His new admissions about his sexuality are very different from what he wrote in his memoir, “The First Time: Finding Myself and Looking for Love on Reality TV,” which was published last year. In “The First Time,” Underwood detailed the bullying he endured in school over his appearance and socially awkward behavior, per an excerpt shared by People.

Underwood also wrote that he became the captain of the football team in high school, but abstained from sex due to his religious faith and values and focused on athletics instead of dating.  He revealed that rumors began to circulate that he was gay when he was in high school, which made him question if it was true because he heard it so much he started to believe it. But in his book, he squashed the idea.

“I thought, maybe I am gay,’ The Bachelor star wrote. “The captain of the football team should be having sex and drinking, right? But I wasn’t.”

“Even while my season was airing, I battled the gay [rumors],” Underwood wrote in his book. “They’d say, ‘he’s gay, he’s hiding it.’ No. But I’ve been there, done that now.”

He also denied being gay in an interview with “Bachelor blogger Reality Steve Carbone. In the interview last year following his split from Randolph, Underwood addressed rumors about his sexuality.

“In regards to those rumors, I addressed it pretty heavily in the book and I’ve gone through it throughout my whole entire life,” he said. “But the bottom line is I’m not gay. I have love and support for anybody in the LGBTQ community and support that, and love is love at the end of the day.”

Underwood has now come under fire for going on “The Bachelor” while knowing he was gay. In the comments section to his Instagram post about the Variety interview, Underwood received some support from fans, but others blasted him for “wasting” ABC’s—and Randolph’s— time.

“You knew this before you went on the Bachelor? “ one commenter wrote. “You still went on there perpetrating a lie to every single person attached to that show….and Cassie? …Now, you only came out bc you were being blackmailed? You lied to everyone again?”