ABC Wells Adams and David Spade on Bachelor in Paradise.

David Spade is a pretty wealthy guy, so he’s most likely not used to slumming it when he stays in a hotel. But after he served as a guest host on the ABC reality show “Bachelor in Paradise,” the 57-year-old comedian offered up a review of the resort he stayed at in Sayulita, Mexico — and let’s just say he didn’t exactly give the place a five-star review.

While Spade didn’t trash the hotel itself, he did take issue with the uninvited guests that infiltrated his room.

Spade Stopped Short of Calling His Hotel Room a ‘Dump,’ But…

In a video shared on his Instagram page, Spade said he didn’t expect to share his room with crabs. Of the room itself, he said, “Dump is a strong word. It’s not a dump. It’s not. No, it was a really nice room, but the problem is everything doesn’t seem nice when there are crabs everywhere.”

The “Saturday Night Live” alum noted that he didn’t have much experience with crabs ahead of his guest-hosting stint on “Paradise,” but he got more than his fill during his short stay in Sayulita.

“They’re sickening, like, when you see a lot of them,” he said. “These crabs, they’re big. They’re fat ones like the ones you see in movies. They’re not like ‘The Little Mermaid’ nice ones. They’re on the prowl, and they want to kill, and they’re in my room.”

Spade added that when he told hotel staffers that they had to get the crabs out of his room, he was informed that he was visiting the resort during the height of Sayulita’s crab season. He added that he had “at least six” crabs in his bedroom at all times, but was told by the staff that the creatures “probably” wouldn’t go into his bed.

“They just climbed a 60-foot wall to get to my bedroom, and so you think they can’t go up my one-foot Sealy Posturepedic?” Spade snapped. “Yeah, they can get there.”

He also added that the beach the cast filmed at was far from paradise and compared it to Vietnam. 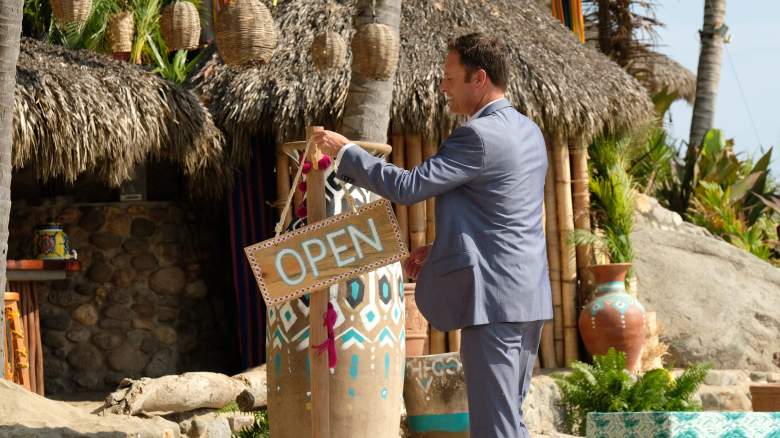 ABCHost Chris Harrison on the set of ‘Bachelor in Paradise.’

The “Bachelor in Paradise” crabs are so notorious that they have their Twitter account. So perhaps it’s no surprise that Spade’s comments about the crabs came after franchise fan favorite Jared Haibon also revealed that filming at a Mexican locale was anything but idyllic. Haibon told Us Weekly there were “crabs everywhere” when he filmed seasons 2 and 3 of the ABC dating show.

“I think everybody, whenever they see us from the show, they’re like, ‘Oh, my God, how [beautiful],’” he said. “Sunsets are incredible, but, like, [the toilets] barely flushed. … You share, like, one bathroom with eight dudes.”

Haibon also revealed that there was no air conditioning at the resort.

The first season of “Bachelor in Paradise” filmed at a resort in Tulum, Mexico. Early on, spoiler king Reality Steve Carbon wrote of the filming locale: “Welcome to ‘Bachelor in Paradise,’ or as I’m hearing it referred to as, ‘Bachelor in a place where roaches, scorpions, and insects ran rampant, the food was terrible, hot water wasn’t always readily available, and the place they stayed was kind of a dump.’ So yeah, I guess if they want to call that ‘Paradise,’ be my guest.”

I would welcome a world in which David Spade is consumed by crabs.