David Spade is one of several rotating hosts on the ABC dating show “Bachelor in Paradise,” but is he still a bachelor himself?

The 57-year-old comedian is known for his roles in “Saturday Night Live,” ‘Tommy Boy,” Joe Dirt,” and his Emmy-nominated stint as Dennis Finch in the long-running NBC sitcom “Just Shoot Me,” but not all of his fans know the details on his personal life. 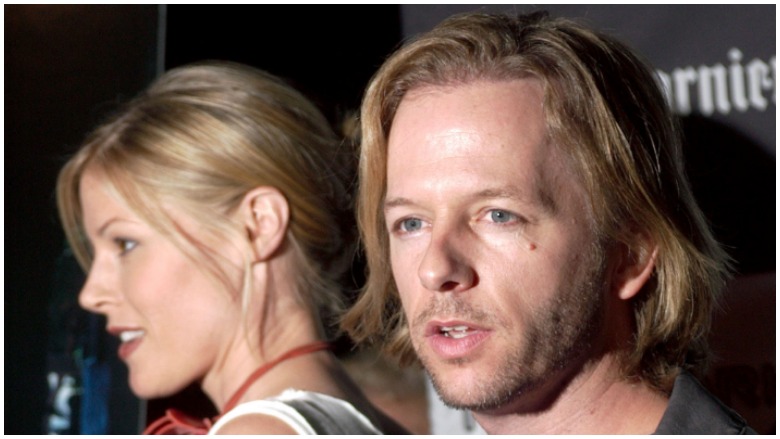 GettyDavid Spade with Julie Bowen in 2002.

Spade is one of the most notorious bachelors in Hollywood. He has never married, but he has been in relationships with multiple famous women over the past several decades.

In 2019, Spade told the New York Times that he was unsure if he could ever see himself settling down.

“It’s very hard for me, for various reasons, which we won’t get into,” he told the outlet. “Too much data, too many gigabytes. But I have been trying to do that. I’ve known someone for a long time. I’ve been trying to make something work.”

Spade admitted that his fans really don’t want to hear about his personal life.

David Spade Has One Child With His Ex, Playboy Model Jillian Grace

While he has never married, Spade does have one child. In 2008, the comic welcomed a daughter named Harper with his ex-girlfriend, former Playboy model Jillian Grace, according to The Sun.

Spade has kept his daughter mostly out of the public eye, but once in a while, he will share a glimpse of his dad life with his fans on social media. Last fall, Spade shared a rare photo of Harper in honor of National Daughter’s Day. More recently he posted a pic of his pre-teen and his mom on his Instagram page.

Spade has admitted that the birth of his daughter caused him to stop speaking to his own father. In his book, “A Polaroid Guy in a Snapchat World,” the actor wrote that his father was in and out of his life when he was a kid and he never knew when he would hear from him.

“I have a daughter now, and she came out of a situation with a girl I was dating and it was not planned,” Spade wrote, per People. “And I get angry because my brothers and I were planned. Now, I’m so happy that I have a daughter and she’s the best thing in my life, but I couldn’t picture my daughter being sick and calling me and me not answering.”

Spade added that becoming a father changed the way he thought about his deadbeat dad.

“When I had [Harper], I got this new tidal wave of resentment towards my dad because of his irresponsible behavior and manipulative mean streak. So I stopped talking to him,” Spade wrote.