ABC Greg Grippo and Katie Thurston on The Bachelorette.

After his breakup with “The Bachelorette” star aired on the ABC dating show, the New Jersey marketing sales rep was featured in a montage of happier moments with the leading lady. Clips from Grippo and Thurston’s one-on-one dates and other good times aired in succession as the ending credits rolled on the penultimate episode of the rose-filled reality show.

But given Grippo’s volatile ending on the show – some fans have accused him of “gaslighting” Thurston after he confronted her about holding back her feelings, per The Sun – the ending reel sparked quite a reaction from viewers.

On social media, fans poked fun at the ending credits that featured a montage of Grippo’s happier times with Thurston, ala an “In Remembrance of Greg Grippo 2021-2021”  kind of way.

“Why was the bloopers section of the episode replaced with a g**damn EULOGY for Greg?” one viewer tweeted.

“I was fully expecting a “In memory of Greg Grippo 19??-2021” because what kind of memorial end credits was that #TheBachelorette,“ another wrote.

“Uhhhhh why is this end credit literally a memorial tribute? #TheBachelorette,” a third fan asked.

“Ending credits with scenes of Katie and Greg?? So dramatic he didn’t die… lol,” another fan added.

“NOT THE GREG GRIPPO MEMORY REEL AT THE END. Y’all that’s cold,” another wrote.

Other fans predicted that the “In Memoriam” for Grippo means he won’t be taking part in the upcoming “After the Final Rose” special and that his days on the ABC reality franchise are done. 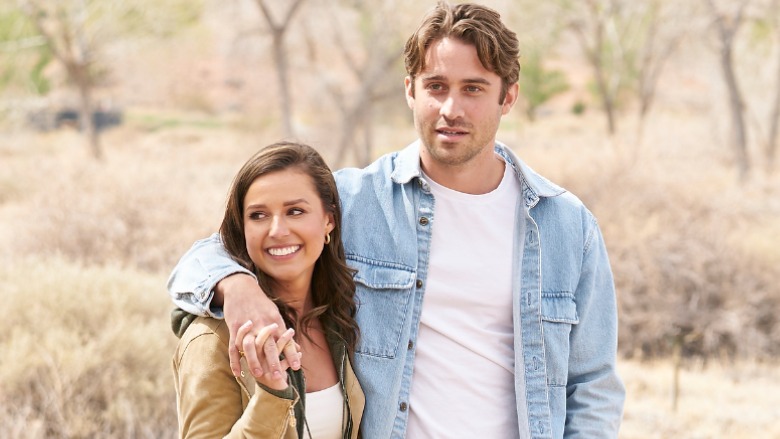 Grippo opened up to Thurston in a way viewers haven’t seen on “The Bachelorette” franchise. He broke down in tears as he told Thurston he was in love with her but had a major mood shift when she didn’t say it back. He also made it clear he was on the show for the “right reasons” and didn’t care about getting roses.

Given his dramatic ending, Grippo would seem like a shoo-in to be named the next star of “The Bachelor.” But because his argument with Thurston got so ugly — and the inclusion of ending credits that seem like a permanent goodbye —  some viewers think he has blown his chances for the coveted role.

When one viewer wrote on the official “Bachelorette” Instagram that Grippo should be the next “Bachelor,” others said he is clearly not ready for such a role.

“He needs therapy and more healing to do before becoming Bachelor. Seriously, “ one viewer wrote.

Others noted that Grippo doesn’t seem to know how the ABC dating show works.

While some fans thought Grippo blew his chances to become “The Bachelor,” others felt Thurston blew it by not ending her dating game and running off with him in the same way Clare Crawley did with Dale Moss. Some viewers posted links to a Change.org petition titled “ABC: Make Greg Grippo the Next Bachelor” so that he can have a second shot at finding love.