Hannah Brown didn’t find lasting love on Colton Underwood’s season of “The Bachelor” or her own season of ‘The Bachelorette.”  So maybe it’s not a surprise that the ABC reality star  is now appearing on a third dating show, “Celebrity Dating Game.” But — spoiler alert! — she actually found love off-camera.

Who is Brown’s new boyfriend? Here’s what you need to know:

The ABC reality star has been in a  relationship with her boyfriend Adam Woolard since at least early this year or possibly even late 2020. In February 2021, Brown tagged her new man in a Valentine’s Day post on Instagram. The two met on a dating app, according to People, and they have not been shy about showing off their romance on social media ever since.

2. Woolard is a Model With Multiple College Degrees

Woolard is a Lipscomb University MBA and has a Bachelor of Science degree in both business administration and finance from the University of Arkansas at Fayetteville, per Page Six. He has worked as a concierge banker and treasury specialist and was once a private client sales director for the high-end men’s fashion label, Greg Lauren.

Woolard also has experience as a meditation and lifestyle coach, the outlet noted. More recently, he has worked as an actor and model. The 6-foot-1″ hunk is signed with The Campbell Agency and Work Talent Agency, and one of his modeling campaigns was for the dating site E-Harmony, per Page Six.

3. He Starred in a Music Video—With Brown!

Earlier this year, Woolard also starred with Brown in a music video for country singer Jordan Davis. The two can be seen in the music video for the song “Almost Maybes,” where Woolard and the former “Bachelorette” star play a fictional couple.

According to CMT, Brown told fans on an online Q&A that she would love to be in a music video someday, and her followers began messaging Davis on Instagram. The plot for the video features Woolard proposing marriage to her in the video.

4. Woolard Is Very Romantic, According to His Girlfriend

In a Q&A shared on her YouTube channel in March 2021, Brown revealed she “liked” Woolard’s photo first on a dating app, but it was Woolard who made “an actual move that made any ruckus.”

“He asked me out and it was a Mexican restaurant called Chulita,” Brown said in her video. “We had margaritas.”

“Every day is so great. He’s just awesome,” Brown added in her video. “I’m telling y’all, he’s the nicest person I’ve ever met.”

She also confirmed that she’s in love and that her boyfriend is “romantic.”

5. Brown’s Parents Love Woolard & So Do Her Friends 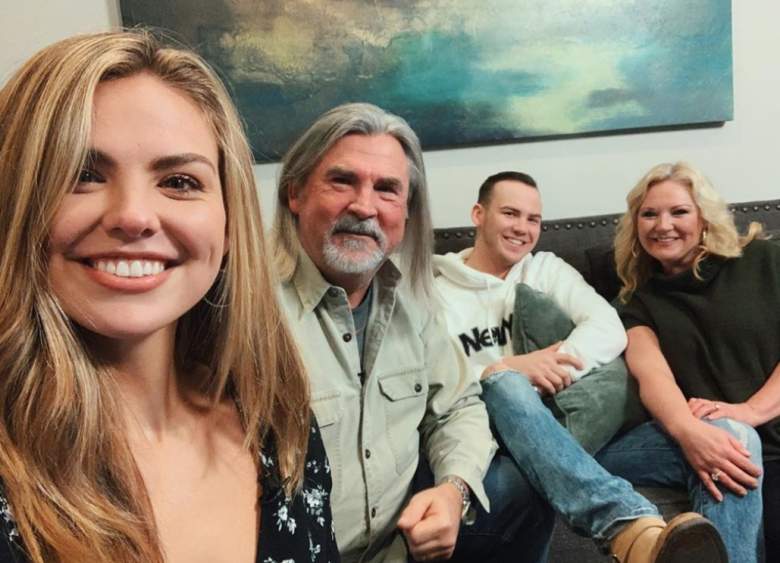 An insider told Us Weekly that not only is Brown “really excited” about her new relationship, but the “Dancing With the Stars” champ’s parents also “adore” Woolard and think he is a “great match for her.”

In addition, Woolard received the seal of approval from some of Brown’s celebrity friends, including “Bachelor” star Matt James, who is the best friend of Brown’s ex, Tyler Cameron. The most recent franchise leading man told Entertainment Tonight that he is totally Team “Hadam.”

“I  couldn’t approve more,” James told ET of Woolard.  “I actually had a chance to meet him, and he’s incredible. He’s a really good guy, and I’m excited for Hannah and Tyler because I think people can see they can co-exist. They can be happy with people that aren’t Tyler and Hannah.”