Jennifer Aniston said the stars and contestants on “The Bachelor” franchise all “need help,” and she’s willing to be one of the helpers.

In a new interview with InStyle, the “Friends” alum weighed on on the recent exit of longtime “Bachelor” host Chris Harrison following his controversial comments about race during Matt James’ season of the ABC dating show.

“I think they need a psychologist or a psychiatrist, not just Chris Harrison or whoever the host is now,” Aniston said of the stars on the show. “There should be someone they can go and talk to.”

Aniston then revealed that she would happily step in to host — or counsel —  as the search for a permanent replacement for Harrison continues.

“Okay, well, I’ll do that,” she said. “Gladly. I’ll be the one picking roses in the rose garden.”

Aniston Is a Notorious Fan of ‘The Bachelor’ Franchise 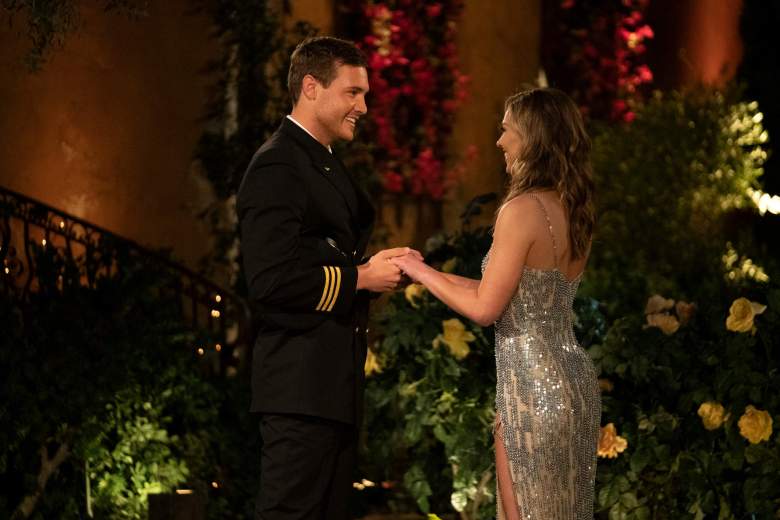 It’s no secret that Aniston is a huge fan of “The Bachelor.” In 2015, she told Access Hollywood that the rose-filled reality franchise is her guilty pleasure.

“It’s ‘The Bachelor,’” she said. “I’m not gonna lie. It’s a train wreck! Have you seen them? You can’t feel bad for them. They’ve done that to themselves just to entertain us. It’s great junk food.”

That same year she told The Hollywood Reporter that she and then-husband Justin Theroux were hooked on the show.

“[My friends] were saying, ‘The Bachelor’ is premiering tonight!’  And I was like, ‘Oh, guys! Seriously? ‘The Bachelor’? That’s been on for 15 years or something.’ And Justin and I, just for fun, watched — and two hours later, we were addicted. It was like junk food. We were sad when it ended.”

Aniston’s longtime hair colorist Justin Anderson also confirmed that the Emmy-winning star has been known to have “Bachelor” viewing parties at her home.

“She’s definitely a fan,” Anderson said of Aniston on the “Click Bait With Bachelor Nation” podcast. “It’s so funny because when I would do [the hair of] The Bachelor people and I would post it to social media, Jennifer Aniston, the next time I would see her she’s like, ‘Wait did you just meet so-and-so?’

“I will admit that a few times I got invited to go over to Jennifer Aniston’s house to watch ‘The Bachelor’,” Anderson added.  “It’s not a secret. I hope it’s not!”

In 2020, Aniston also even made headlines when she reacted to Hannah Brown’s return to the ABC dating franchise for Peter Weber’s season. “The Bachelorette” star, who rejected Weber on her own season of the show, had an emotional reunion with him before they decided not to give love another try.

“I do think Hannah can stay home now,” Aniston told Entertainment Tonight of Brown’s cameos. “Now they’re using these poor women. It’s embarrassing. You love it, I know. I love it.”

Nearly a decade ago, Aniston appeared in “The Bachelor” parody series “Burning Love,” per IMDb.The show aired on Yahoo! Screen from 2012-2013, and Aniston played Dana, a contestant who wore a panda bear costume as she set out to win the heart of leading man Mark Orlando (played by Ken Marino).

Aniston’s character only lasted two episodes, and her famous face was only shown during her character’s premature limo exit when she took off the panda head.

Loading more stories
wpDiscuz
0
0
Would love your thoughts, please comment.x
()
x
| Reply
The 'Friends' star is a superfan of the ABC dating show.