Clayton Echard’s ”The Bachelor” premiere featured several firsts—a rejected rose on the first try, anyone? –  and it also included the debut of a new host, Jesse Palmer.

With longtime Bachelor emcee Chris Harrison announcing his exit from the rose-filled reality franchise last year, Palmer, a former leading man on “The Bachelor,” had big shoes to fill as his replacement.

On “The Bachelor” season 26 premiere, Palmer reintroduced himself and promised he was ready to do “all” that he could “to help Clayton find his soulmate.”

“Plus, I’ve also spent many hours practicing saying things like, ‘amazing’ or ‘incredible.’ Also, ‘dramatic.’ So maybe, just maybe, I might be able to pull this off,” he teased, in a clear nod to some of Harrison’s favorite phrases during his nearly 20-year stint as host of the ABC dating franchise. 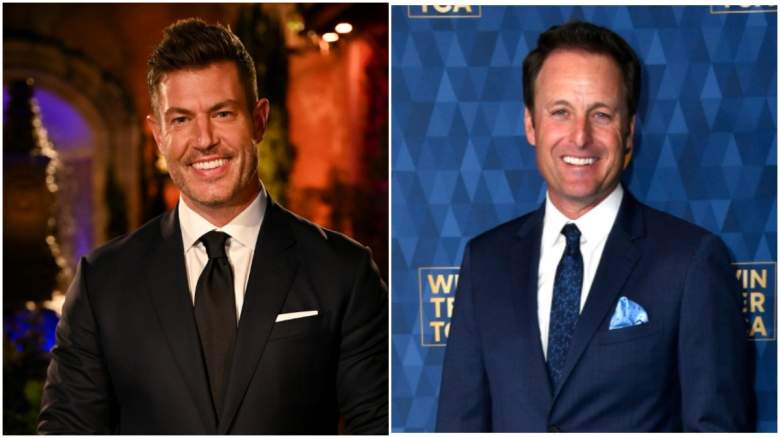 As Palmer made his appearance on the driveway of the famous Bachelor mansion, fans weighed in on his looks, mannerisms, and even the inflections in his voice.

While some fans were adamant that no one can replace Chris Harrison, others were all in for the new host who was once a “Bachelor” star himself.

“Not all heroes wear capes,” one fan tweeted. “Chris Harrison is irreplaceable, but Jesse Palmer hosting is as close as it gets.”

“Jessie Palmer for the win! #finallyahostthatdoesntmakemecringe,” another fan wrote on Instagram.

While he sounded a lot like Harrison, others zeroed in on Palmer’s uncanny resemblance to Echard. The two look like they could be brothers.

“So when do Jesse Palmer and Clayton swap places and see if anyone notices? #TheBachelor,” another cracked.

Echard Said Palmer Was Like a ‘Big Brother’ to Him

Palmer’s ease in filling “The Bachelor” hosting role is being compared to that of Kaitlyn Bristowe and Tayshia Adams. The two former “Bachelorette” stars co-hosted two seasons of the female-led version of the franchise following Harrison’s exit, and much was made of their ability to serve as mentors for Katie Thurston and Michelle Young since they had both been in the leading ladies’ shoes before.

In an interview with Variety, Echard made a similar comparison to Palmer. He told the outlet that he had a “good bond” with the former NFL player and revealed he was “like a big brother” to him.

“He really just took me under his wing,” Echard said. “And because he went through it on his side of things, as he used to be a Bachelor himself . . . That trust was built so quickly. I’m glad that I was able to confide in him early on because that man definitely kept me sane throughout my journey.”

READ NEXT: Chris Harrison Update Since Leaving The Bachelor