ABC Kendall Long and Joe Amabile on the Bachelor in Paradise finale.

Joe Amabile and Serena Pitt opened up about their “Bachelor in Paradise” engagement and the last-minute cameo by Joe’s ex, Kendall Long, minutes before he popped the question to Serena on In Mexico.

In an interview with Us Weekly, Joe admitted he was taken aback by Kendall’s return – the second one this season on the ABC dating show.

“I don’t have any resentment — it was a little confusing,” Joe told the outlet.

He also noted that Kendall picked a bad time to show up on the beach.

“The timing, I would say, wasn’t the best,” he added. “I was just really focused on Serena and getting to that moment. I had a ring in my back pocket. So it was more like, ‘OK, I get that you’re here, you know, I wish you the best, but it’s not the time. Now is not the time.’ But I hope she’s happy.”

Serena told the outlet that she also wishes Kendall “the best” but is ready to focus on her relationship with Joe in a more private way. Serena added that she and Joe “haven’t heard” from Kendall since “ Paradise” filming wrapped at the end of June.

Following the “Bachelor in Paradise” finale, Kendall posted a not-so-cryptic Instagram message about “life’s difficult moments” that featured photos of her dropping bags of take-out food and laughing.

“Life’s difficult moments are a lot like takeout food… It’s always better the next day,” she wrote. “My closest friends and family know me as the one to laugh it off. Sometimes we drop the food and instead of collapsing in the street, paralyzed by what could have tasted so sweet, I break a smile and think…there will always be another cake.”

“You dealt with heartache in the public eye with beauty and grace. You deserve all the happiness,” one fan wrote in the comment section.

“You are an amazing example of how to carry hurt with Grace. I liked you before but I love you now,” another added.

Joe & Serena Have a Plan For Their Future 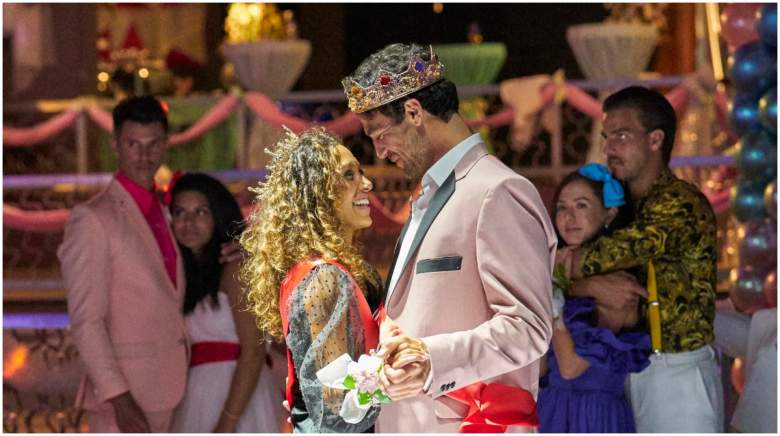 As far as their wedding plans, Joe and Serena told Us Weekly they are “taking it slow.”

One of Joe and Kendall’s biggest relationship issues was their living situation: Joe wanted to live in his hometown of Chicago, while Kendall didn’t want to leave Los Angeles. According to Parade, in April 2019,  Joe and Kendall signed an apartment lease in L.A. together, but by January 2020, the couple broke up.

For Joe and Serena, the living situation will be more of a compromise. Serena, who lives in Canada, revealed that the couple plans to focus on their move before diving into wedding planning.

“We did things out of order, we’re going to do the move and then, you know, maybe in a year we’ll start talking about wedding stuff,” she said.

As for where they will live, Joe told E! News the two have a plan.

“We’re on the same page about where we want to live, how we want to do it,” Joe revealed.  “Right now we’re going back and forth from Chicago and Toronto, and then we plan on moving in together in the spring. That will either be Chicago, Toronto, or potentially New York. But we will be on the East Coast.”

“It keeps us close to our families but gives a couple options to be flexible, depending what works best at the time,” Serena added.

Loading more stories
wpDiscuz
0
0
Would love your thoughts, please comment.x
()
x
| Reply
The 'Bachelor in Paradise' lovebirds open up about Kendall-- and give a life update.