Katie Thurston’s season of “The Bachelorette” was the first one ever to film without longtime host Chris Harrison, and fans — and the show’s leading lady — had a lot to say about it. The veteran ABC host took a break from the rose-filled reality franchise following backlash to his remarks regarding last season’s racism scandal that involved Matt James’ final lady, Rachael Kirkconnell.

Many Viewers Were Not Happy About Chris Harrison’s Absence 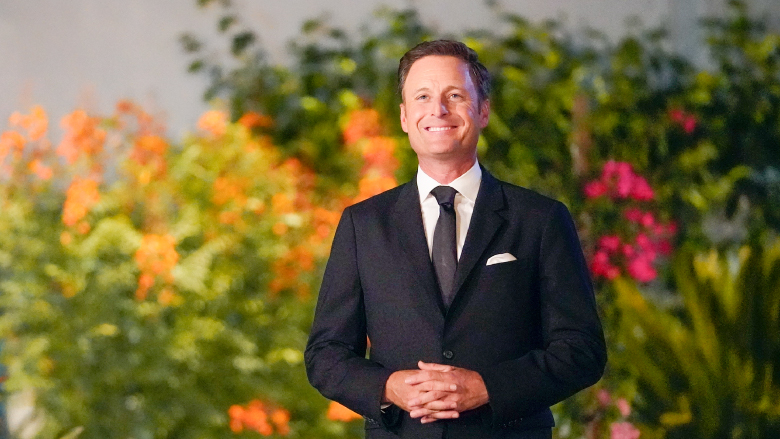 After Adams and Bristowe appeared onscreen to coach “The Bachelorette,” Twitter and Instagram was filled with commentary about Harrison’s replacements. Many threatened to boycott the show until he is back, while others condemned the dual host vibe.

“The two girl hosts is ridiculous, just bring back Chris Harrison,” another added.

“Did they do anything other than giggle with Katie?? Awful,” another viewer wrote on Twitter.

“People say Chris Harrison did nothing but that’s because he was classy and played the second fiddle,” another wrote. “This situation is a tragic mess. It makes all three of the women look like clowns.”

“Bachelorette might want to bring back Chris Harrison. This show is a trainwreck without him,” another chimed in.

Others viewers welcomed the change and felt it was time for the franchise to do something new. Some even felt Adams and Bristowe stole the show from “The Bachelorette” star.

When one Instagram user wrote that she didn’t even miss Harrison during the premiere episode, another replied, “Same, they should’ve had another woman instead of him for the Bachelorette seasons ago.”

“Right, who would want two former Bachelorettes for advice when you could have a 50-year-old man instead?!” another viewer cracked. 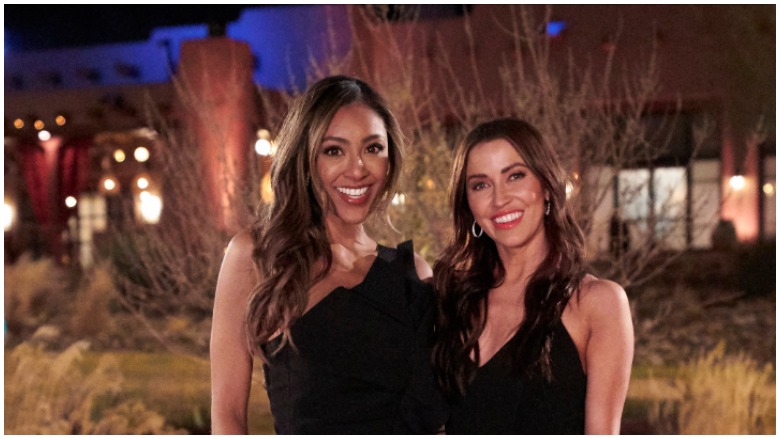 While viewers were divided over the two female hosts format, Thurston told Entertainment Tonight that she supported Harrison’s decision to step back from her season.

“I support any growth that he is going through,” she said of “The Bachelor” host. “I think he’s taken the time away, which is probably a good decision for him… I think whenever he feels like he’s ready [to return] then that’s a decision that he has to make with the franchise.”

Thurston also said she felt “blessed” to have two former “Bachelorette” stars by her side as her fairy godmothers.

“I was just very blessed to have Tayshia and Kaitlyn help me through that journey,” she said. “It’s something that I will forever be thankful for,” Katie said. “If it wasn’t for Tayshia and Kaitlyn and some other people that you guys will find out about, I don’t know that I could’ve done it. They helped me from start to finish. They’d gone through it. [Their advice] really means something to me.”

READ NEXT: All the Details on Katie Thurston’s Bachelorette Premiere Night Dress