ABC Katie Thurston of The Bachelroette.

Katie Thurston’s season of “The Bachelorette” is winding down, and fans want to know if they will see her come face to face with her rejected suitors on the “Men Tell All” special. The real-time update generally airs toward the end of each season of the ABC dating show, but with COVID-19 still affecting the country, nothing is guaranteed.

According to the Los Angeles Times, an indoor mask mandate has been reinstated for Los Angeles County, where “The Bachelorette” update show typically films. So will it affect this season? 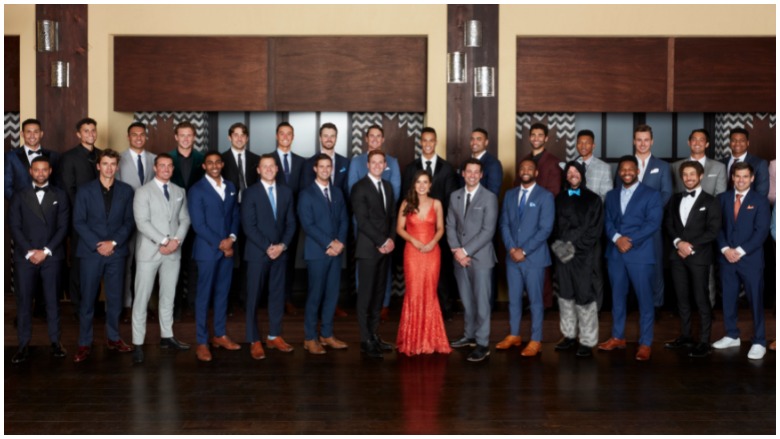 ABCKatie Thurston poses with her suitors on The Bachelorette.

Last week on his RealitySteve.com blog, spoiler king Steve Carbone gave readers an update on the filming schedule for the “Men Tell All.”

“The ‘Men Tell All’ for Katie’s season films on Thursday and I’m told there will be an audience. Guys arrived Sunday and yesterday to quarantine. Kaitlyn [Bristowe] and Katie are currently quarantining at the Hotel Amarano in Burbank based on their social media posts yesterday. They clearly don’t care about showing people where they are. Tayshia [Adams] hasn’t posted, but, I would think she’d be there at some point.”

Carbone later updated to post about the upcoming July 26, 2021 episode of “The Bachelorette.”

“The episode will transition into the ‘Men Tell All,’ which was filmed this past Thursday… And there was an audience in attendance as well. Kaitlyn and Tayshia hosted.”

There may also be some fireworks on the TV special and the subsequent “After the Final Rose” that will air on finale night. Reality Steve noted in a separate post that one of Thurston’s frontrunners leaves the show early after he has an explosive argument with “The Bachelorette” star.

“Should make for a hell of an After the Final Rose I tell ya,” the blogger teased. 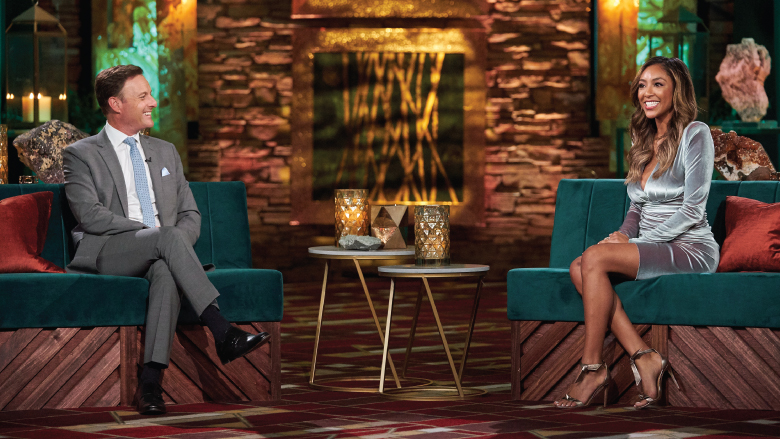 ABC/Craig SjodinChris Harrison and Tayshia Adams on the set of The Bachelorette’s Men Tell All.

COVID-19 wreaked havoc with reality TV,  so the last season of “The Bachelorette” featured a very small group of guys for the “Men Tell All,” and Tayshia Adams didn’t get an “After the Finale Rose” at all. At the time, longtime “Bachelor” host Chris Harrison told Entertainment Tonight that producers were getting creative to avoid having a “Men Tell All” via video chat.

“We are trying to avoid the virtual world,” Harrison said in October 2020.  “It’s just better to be in person, but can we do that safely? We’re going to try and find out, so we’re efforting very, very strongly, because if there was ever a season where we needed a Tell All, this is it.”

Harrison later took to  Twitter to explain why Adams didn’t get a  proper send-off with an “After the Final Rose” special.

“It pains me there’s no AFR live special this #TheBachelorette season,” Harrison wrote. “Due to being pushed into the holidays and the difficulty of bringing people safely together during this time it just wasn’t possible. But hopefully, we’ll be back for #TheBachelor.”

“Bachelor” Matt James did get an “After the Final Rose,” but there wasn’t with an in-studio audience like there usually is. Author and former NFL player Emmanuel Acho hosted the “AFTR” special after Harrison stepped back from the “Bachelor” franchise following the backlash he received amid controversial comments he made about James’ final rose recipient, Rachel Kirkconnell.