ABC Katie Thurston poses with her suitors on The Bachelorette.

The seventh season of “Bachelor in Paradise” will include familiar faces from multiple seasons of ABC’s rose-filled dating franchise, so it’s no surprise that at least five of current “Bachelorette” star Katie Thurston’s rejected suitors will pop up on the rotating cast for the summertime spinoff.

“Bachelor’ spoiler king Reality Steve Carbone recently revealed on his RealitySteve.com website a list of cast spoilers including “early intel” that fan-favorite “Grocery Store” Joe Amabile and his ex, Kendall Long, will be in “Paradise,” which is typically filmed at a resort in Mexico. And former “Bachelorette” star Becca Kufrin will be the first franchise lead to ever try again for love at the Mexican resort.

But what about the most recent Bachelor Nation cast members from Thurston’s season?

From Thurston’s season, some of her most controversial castoffs will look for love for a second time on “Bachelor in Paradise,” including “cat guy” Connor Brennan.  The Season 17 suitor famously showed up in a cat suit on Thurston’s premiere, complete with furry faux paws, as a way to charm the cat-loving “Bachelorette” star.  He even scored a premiere night kiss, but it didn’t turn out to be the cat’s meow from Thurston, who preferred a whisker-free smooch instead.

In an interview with Us Weekly, Thurston praised Brennan for doing his “research” on her ahead of their first meeting and she noted his great sense of humor, which could make him a perfect candidate for “Paradise.”

“He has these ridiculous jokes that made me laugh,” Thurston said. “He’s handsome. And honestly, he was the first name I remembered by heart. … He’s just a great guy.”

On his blog, Reality Steve noted that while the suitors from the current “Bachelorette” season are not usually revealed until they are eliminated, he did get an early confirmation that Brennan headed to “Paradise.”

“Connor Brennan is going to be on Paradise and is down there now,” Reality Steve wrote in early June 2021.  The blogger noted that someone else appears to be running Brennan’s social media accounts while he is filming and he was most likely a part of the original cast of suitors on “Paradise.” 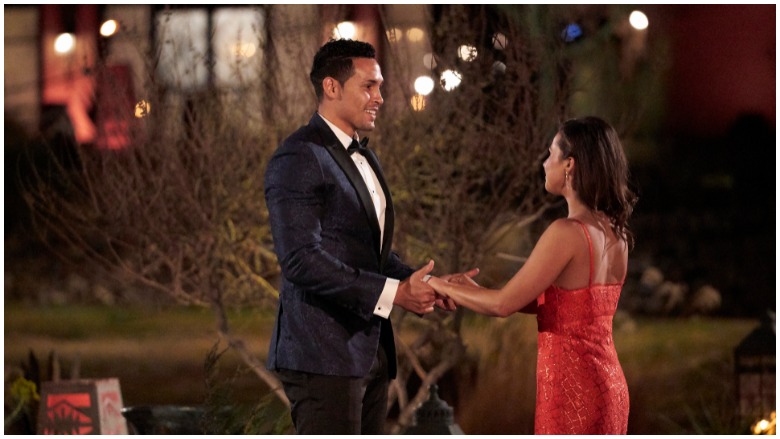 While in “Paradise,” Jacobs found a love connection with Tammy Ly from Peter Weber’s season of “The Bachelor,” per a report by ScreenRant.

Contestant  Aaron Clancy accused Jacobs of going on the dating show “for a platform,” per Us Weekly. So perhaps it’s no surprise that Clancy is also listed as a “Paradise” suitor where he can once again butt heads with Jacobs, according to Women’s Health.

Another “BIP” suitor is mystery “box man” James Bonsall, who originally showed up on Thurston’s season in an oversized gift box. With that trick already unwrapped, who knows how he’ll make an arrival in “Paradise?” 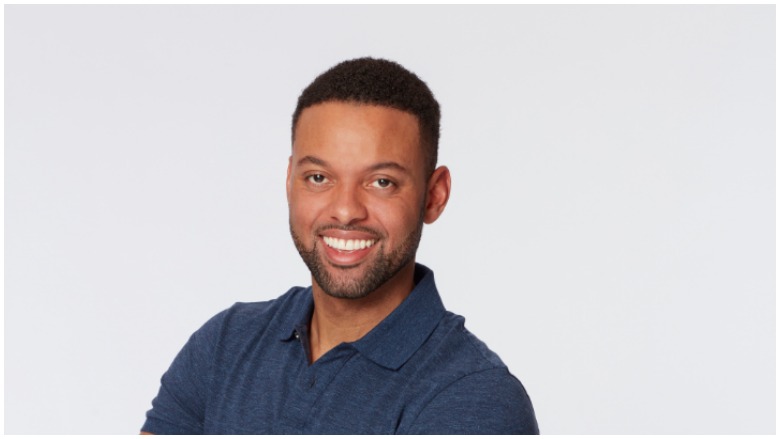 And finally, Karl Smith – another vocal ex-suitor on Thurston’s season—will turn up at the Mexican resort. Smith made waves on Thurston’s season when he began calling out some of the ill-intentioned men, but his ploy backfired, and “The Bachelorette” star sent him packing instead—after the other guys banded together to demand his elimination, per Distractify.

On Twitter, Reality Steve released a spoiler about Smith’s status on the summertime dating show, writing, “The men give out the roses at the first rose ceremony, so yes, Karl does make it through one rose ceremony. He gave his rose to one of Peter [Weber’s] women.”