Kendall Long is totally fine with being a “Bachelor in Paradise” villain.

The Bachelor Nation star shared a cheeky post as she claimed the title that viewers have already given her following her antics during the seventh season of the ABC dating show — but not everyone appreciated the joke.

In a photo shared on her Instagram page, Kendall posed on a staircase as she licked a red Ring Pop. The reality star had two pillows with devil emoji on them by her side as she stared straight at the camera. She captioned the pic with, “Sure, I’ll be your villain…kinda has a nice ring to it.”

On her Instagram page, Kendall received support from reality TV friends and her fans.

“Honestly, I’ve been everything and prefer being ‘the villain’ because we’re the most real. We’re human,” wrote Bachelor Nation alum Chris Bukowski.

Others nominated Kendall to be the next star of “The Bachelorette.”

But in a Reddit thread devoted to the photo, Kendall was slammed for what some felt was a ”petty” post directed at her ex, Joe Amabile, who recently got engaged to fellow “Bachelor in Paradise” star Serena Pitt.

“Kendall is getting on my nerves,” one commenter wrote. “This better not be a shade post to Joe.”

‘I was wondering if other people thought the ring thing was a subtle dig at Joe. I mean it seems a little too obvious right?” another added.

“Yikes. its fine to be hurting but these types of posts are cringy,” another agreed.

“Too old for petty behavior,” another wrote. “If I were her, I just wouldn’t make a single statement and move on with life.”

Another Redditor wrote that Kendall’s post is “a stark departure as to how she’s always presented herself.”

“A ring pop to throw shade at Joe proposing to Serena?” the commenter asked. “It’s petty as hell.”

“I know right! The woman has snapped,” another agreed.

“Kendall needs to give it a rest,” another commenter suggested. “I really hope she realizes sooner than later that this whiny, sorrowful, jealous and vindictive act is not a good look. 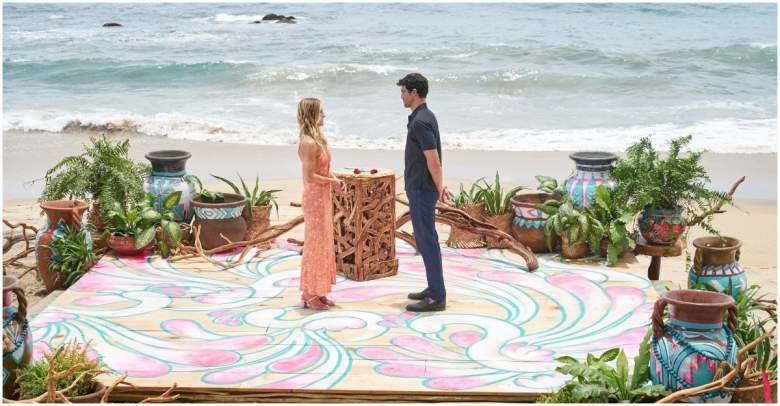 ABCKendall Long and Joe Amabile on the Bachelor in Paradise finale.

On the “Bachelor in Paradise” finale, Kendall showed up on the beach in Mexico for a final closure with Joe more than a year after they ended their relationship. The couple split in January 2020, according to BachelorNation.com, and their break up was largely due over their disagreement over where to live.

The exes both landed in “Paradise” this summer, but Kendall didn’t find love and left the beach early. Joe proposed to Serena at the end of the ABC dating show – but not before Kendall showed up one last time to give him her blessing.

“It was a little confusing,” Joe later admitted to Us Weekly. “The timing, I would say, wasn’t the best. I was just really focused on Serena and getting to that moment. I had a ring in my back pocket. So it was more like, ‘OK, I get that you’re here, you know, I wish you the best, but it’s not the time. Now is not the time.’”

Loading more stories
wpDiscuz
0
0
Would love your thoughts, please comment.x
()
x
| Reply
The 'Bachelor in Paradise' star was blasted for a photo that some felt was a dig against her ex.