The “Bachelor” alum, who was previously engaged to Ben Higgins before marrying country singer Chris Lane, shared a hateful DM she received on her Instagram story. In the message, the commenter remarked on Lane’s postpartum body seven months after she gave birth to her first baby. Bushnell and Lane welcomed their son, Dutton, on June 8, 2021, per Page Six.

“She is so damn sickly looking I can hardly stand it,” the commenter wrote.

In response to her critic, Lauren shared the message with the disclaimer that she hated to even bring attention to it, but that sometimes she feels the need to defend herself.

“No matter what I do, I can’t gain weight,” she wrote, per Us Weekly. “The only time in the last 10 years I’ve been able to is being pregnant or on oral contraceptives. Otherwise, it’s just how my body wants to be. I wish I had my pregnancy booty, but I don’t and apparently, some people on the Internet don’t like that. I eat healthy (in fact, I usually out eat my husband).”

“I think what makes me the most sad is as a new mom I’ve given my baby everything including my body, but I still get messages criticizing it,” she added. “Let’s not comment on women’s bodies postpartum because there is so much to it and also a tremendous amount of emotion that comes along with it all.”

According to E! News, the mom of one also revealed that she even had “a bunch of bloodwork” done because she thought something was really wrong with her due to the comments about her body.  The former “Bachelor” winner noted that she “spent so much money on lab work” because commenters “convinced” her that she was sick, but that all that came up was that she is “a little low in Vitamin D.”

Lauren Bushnell Has Addressed Body Shamers in the Past 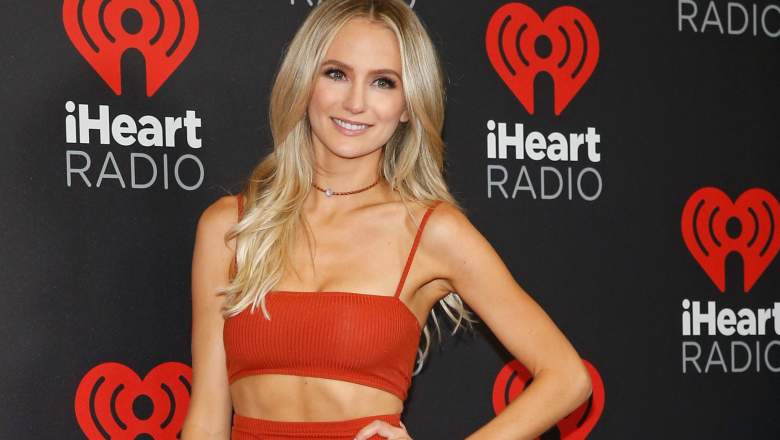 This is not the first time Bushnell has had to address body shamers. In 2018, a Reddit thread captured a screenshot of a message she posted to haters. At the time, Lauren revealed she has always been thin and was trying to gain weight and couldn’t, which prompted speculation from critics.

“Is she serious?” one Redditor wrote. “No offense to thin women, but she is very skinny! It’s a difference.”

“I agree,” another added. “This whole “I’ve always been this way and I’m trying to gain weight” is a very classic line used by people who have eating issues. I would know. I’ve lived it and no I am not projecting.”

Many fans have noticed that Lauren lost weight after she competed on Ben Higgins’ season of “The Bachelor.” In 2016, she clapped back at trolls who called her “scary skinny” by posting a pic of her abs following a workout. “Still grubbin just workin hard thnx,” Lauren wrote at the time, per Ok magazine.

Five years later, she is still answering to the same critics. In a 2021 Instagram story, she explained that she has always been small.

“I’ve always been thin,” she wrote, per E! News. “My family is just small. When I went on the bachelor I was like 12 pounds lighter then [sic] when filming wrapped.”  She added that she was “def a little puffy” during her time on “The Bachelor,” perhaps due to all of the wine she was drinking during filming.