Fans of “The Bachelor” will soon get another crossover with “Dancing with the Stars.”

James’ pro partner has not yet been revealed, but the female pro dancers for “DWTS” season 30 will be Lindsay Arnold, Sharna Burgess, Cheryl Burke, Witney Carson, Jenna Johnson, Daniella Karagach, Emma Slater, and Britt Stewart, according to E! News.

Fans Reacted to James’ Casting on ‘Dancing with the Stars’

On September 8, James shared an Instagram photo from the live “Dancing With the Stars” cast reveal which took place at Disneyland in California. In the pic, ABC’s leading man posed with fellow’ “DWTS” contestants Olivia Jade and Sunisa Lee.

James, who is  6-foot 5, joked that he brought stilts for Lee, who stands 5 feet tall, per Team USA.

Some fans criticized James for posing with Jade, a former University of Southern California student whose parents Lori Loughlin and Mossimo Giannulli, served jail time for their roles in the nationwide college admissions scam.

Others also weighed in on James’ casting on the celebrity dance-off.

But not everyone was fan of the casting decision. In the comments section to the “DWTS” cast announcement on Twitter, some viewers bashed the casting of yet another reality star from ABC’s dating franchise.

“No one asked for this,” one viewer wrote.

“Lol dude was a disaster on the Bachelor and y’all keep putting this doofus on tv.” another critic tweeted.

“For goodness sake. He’s NOT a star,” another wrote. “He’s a fame w**** whose 15 minutes were fading, but ABC just grossly extended it. It shows that DWTS can’t get actual celebs anymore. These contestants who only want fame and Insta followers ought to go back to their regular jobs. Sad.”

According to his GMA bio, before being cast as the first Black leading man on “The Bachelor,” James worked for a New York City real estate and investment firm, while also operating the nonprofit, ABC Food Tours, with his best friend, former “Bachelorette” contestant Tyler Cameron. 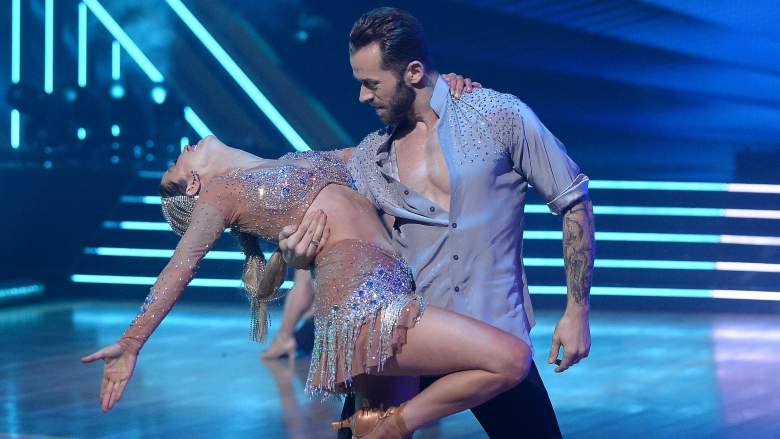 ABCKaitlyn Bristowe and Artem Chigvintsev on season 29 of Dancing With the Stars.

Several Bachelor Nation alumni have competed on “Dancing With the Stars” in the past, including former Bachelors Jake Pavelka, Sean Lowe, Chris Soules,  and Nick Viall.

Brown and Bristowe were the winners of the last two seasons of the ballroom dancing show. Following her mirrorball trophy win in 2020, Bristowe told Variety that she felt she had no chance of winning the competition on the heels of Brown’s victory

“I honestly was like, ‘Are they really going to let two Bachelorettes win?’” Bristowe admitted to the outlet. The former “Bachelorette” star added that her win was proof that “Bachelor” fans are loyal and supportive when voting on “DWTS.”

Loading more stories
wpDiscuz
0
0
Would love your thoughts, please comment.x
()
x
| Reply
'The Bachelor' alum is the latest in a long list of franchise stars to compete for the mirrorball trophy.