ABC Matt and Rachael on the 'Bachelor' finale.

Matt James is putting the work needed into his relationship with Rachael Kirkconnell. One month after his awkward reunion with Kirkconnell on the “After the Final Rose” special, “The Bachelor” star confirmed that he is in contact with his final rose recipient and that he’s “pursuing” their romance once again after ending things with her due to her past racially insensitive behavior.

James, who was the first-ever Black lead on “The Bachelor,” told People that he has “seen Rachael a handful of times,” since that ill-fated AFTR special and that his relationship with her is the only one he is focused on.

“I’m not pursuing any relationships right now outside of that,” he confirmed. “I said I was going to focus on my relationship with her and that means focusing on it.”

James appears to be serious about his commitment to pursuing a relationship with Kirkconnell only. He added that there is “a negative chance” that he’ll appear on “Bachelor in Paradise,” which would have been a good landing spot for a single “Bachelor” star to try for another shot at love. 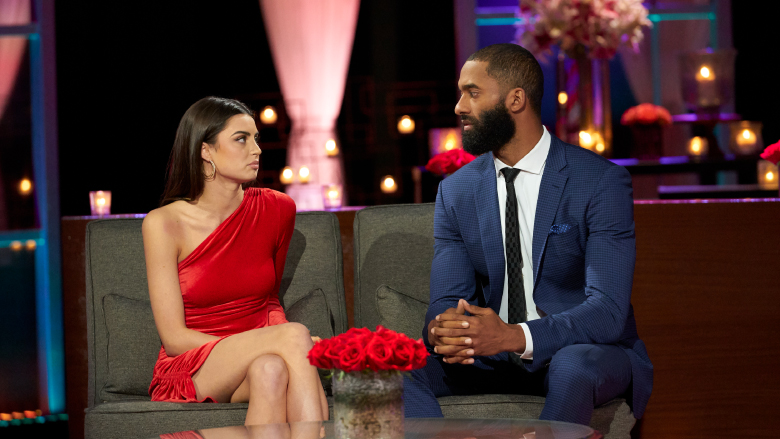 ABC/Craig SjodinMatt James and Rachael Kirkconnell on After the Final Rose.

Kirkconnell made headlines earlier this year when photos of her at an antebellum-themed party surfaced. The photos were from a college party she attended in 2018. On the “After the Final Rose” special, the 24-year-old said she did not give the photos any thought when she joined James’ season of “The Bachelor” because she didn’t realize the racist meaning behind the images.

While speaking on the ABC special, James revealed that he decided to “step back” from his relationship with Kirkconnell to “allow her to put in the work” she needs in educating herself about the history of racism.

“The work and reconciliation that needs to be done is work that I can’t do for you,” he told Kirkconnell on camera. “And I know that you’re capable of doing it.”

Kirkconnell vowed to continue to “learn how to be anti-racist.”

On an episode of the Bill Simmons podcast in March, James said he was working on himself and was “not going to be dating.” When asked if he felt that Rachael has put in “the work” since their on-air chat, James told People, “That’s something you could talk to her about.” 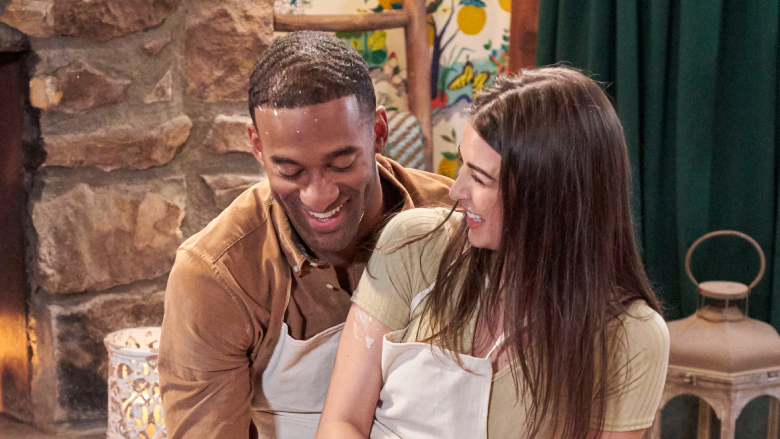 ABC/Craig SjodinMatt James and Rachael Kirkconnell on ‘The Bachelor’

James’ new comments about his relationship with Kirkconnell come amid rampant rumors that the two have reconciled. Last week, the two were spotted together in California at the Bear Flag Fish Co. They were also spotted together at  JuneShine in Santa Monica, California, according to photos posted by TMZ.

Another source told Page Six that Kirkconnell spent time at James’ condo during a recent trip to New York.  The former football player also reportedly paid for Kirkconnell’s ticket to the Big Apple and she was under the impression that the meetup was to talk about reconciling, per People.

While the two have stopped short of announcing that they are once again a couple, an insider told People James is all in—even though he once said he couldn’t picture a future with Kirkconnell.

“He’s been telling her he loves her and has never felt this way for anyone else before,” the source said. “After the scandal, he said it would take time for them to work on themselves separately, but he wanted to get back together one day and still pictured a life for them together, with a family and everything.”