Getty Rachel Lindsay of The Bachelorette

Rachel Lindsay lashed out at New York magazine. The former star of “The Bachelorette” reacted to a headline published by the outlet after she penned a powerful op-ed about her experience on the ABC dating franchise.

In a post shared to Instagram,  Lindsay wrote that the magazine “decided to misrepresent” her and her words with the headline chosen for the story after she worked “closely” with editors on her piece about Bachelor Nation.

The essay, published online by Vulture, was titled “Rachel Lindsay Has No More Roses Left to Burn.” The headline on the magazine’s cover featured a close-up of Lindsay’s face with the headline: “Oops, I Blew Up The Bachelor,” per People.

Lindsay wrote that she was disappointed that the headline was in “stark contrast” to the context of her essay, and she accused the outlet of using a “clickbait headline.”

“My truth and my thoughts are told on the inside of the magazine which I am very proud of and hope you all read,” she wrote to her followers.

It didn’t take long for the famous magazine to react to Lindsay’s post. In a statement issued to The Wrap, the outlet issued an apology along with a disclaimer that the headline was not meant to represent words spoken by Lindsay.

“New York Magazine is incredibly proud to have published Rachel Lindsay’s powerful, first-person story, detailing her experience with the ‘Bachelor’ franchise,” came the response from a  spokesperson for the magazine. “We were sorry to learn that she is unhappy with the cover line (which was not meant as a direct quote), but it shouldn’t take away from the candor and bravery of her words in the piece.”

Lindsay Opened Up About The Bachelor Behind-the-Scenes 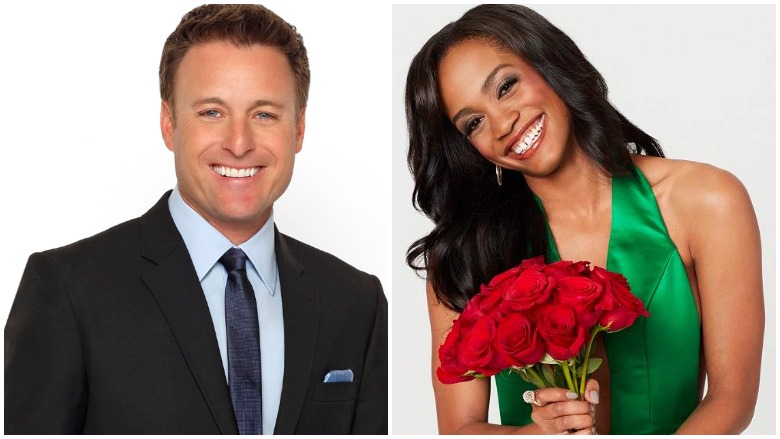 Months after her explosive discussion with former “Bachelor” host Chris Harrison addressing a racist party attended by contestant Rachael Kirkconnell three years ago – the showdown resulted in Harrison’s exit from the franchise he hosted for nearly 20 years – Lindsay spilled all about her time with the ABC dating franchise.

As The first-ever Black “Bachelorette,” Lindsay reflected on her experience on the series, writing, “I thought I could change ‘The Bachelor’ franchise from within. Until I realized I was their token.”

She also addressed the franchise’s “toxic fandom,” and revealed that she was told producers were “eyeing” her as a potential “Bachelorette” when she was cast on Nick Viall’s season of “The Bachelor” in 2017.

In her essay, she noted that at the time she was named ABC’s leading lady, a Black female executive, Channing Dungey, was at the helm and that she declared it was her “priority” to have a “lead of color’ on “The Bachelor” franchise.

“They didn’t say this part, but it couldn’t be a man,” Lindsay wrote. “A Black man going into the homes of white women and sleeping with their daughters is a narrative the audience still can’t accept.”

She added that when Matt James, the first-ever Black man on “The Bachelor” was cast last year, producers never showed him waking up with Kirkconnell their overnight fantasy suite date because producers were “protecting” the audience from the visual of a Black man and white woman sleeping together.

Lindsay’s breaking point came when Peter Weber was cast as ”The Bachelor” in lieu of popular Black suitor Mike Johnson. She noted that she was “livid” that Johnson, a handsome military veteran, was passed over for a “pubescent” Pilot Pete. She revealed  that it was then that she decided to use her platform to “call out the show.'”

Lindsay also revealed that her interview with Harrison in February 2021 was the day she knew she had to cut ties with “The Bachelor” franchise for good.

“We’d had our highs and lows, but there had been mutual respect until this interview,” she wrote of Harrison, adding that she felt “disrespected” as “the host and face of the franchise, showed his true self on national television.”

Loading more stories
wpDiscuz
0
0
Would love your thoughts, please comment.x
()
x
| Reply
The former 'Bachelorette' star lashed out at the magazine after her op-ed was published.