Rachel Lindsay addressed her feud with her former friend, Raven Gates. The former “Bachelorette” star opened up in her new book, “Miss Me With That,” to reveal that she broke off her friendship with her onetime Bachelor Nation bestie because she needed to protect herself.

“When I ended the friendship with Raven, I made an agreement not to speak publicly about what occurred between us,” Lindsay wrote in her book, per Hollywood Life. “I intend to honor that agreement. Other than to say that I found myself in a situation where I felt the need to protect and remove myself, these are the only details I’m going to provide. This is my business. This is Raven’s business. This is not for anybody else to know. Your curiosity does not trump my integrity.”

Lindsay and Gates formed a friendship when they both competed for Nick Viall’s heart on the 21st season of ‘The Bachelor” in 2017, but by 2019 their friendship was over.

During an October 2019 appearance on “Watch What Happens Live,” Lindsay was put in the hot seat by host Andy Cohen who told her that the number one question he got was what caused the falling out between her and Gates.

“I can’t say,” Lindsay replied. “I promised I wouldn’t say. But it was enough for me to not want to be friends with her anymore. … And I never will be.”

While Lindsay did not dish all of the details behind her falling out with Gates, she did write about her ex-friend elsewhere in her book. According to Page Six, Lindsay revealed she was stunned when Gates revealed her first impression of her when they were living together in the Bachelor mansion.

“Raven was always writing in her journal,” Lindsay wrote. “One night, she read aloud her first-night impressions of each of us. ‘Rachel – she has black skin. And she seems nice.’”

Lindsay revealed she was shocked by Gates’ words.

“What the f***? Who says that s***?” she wrote. “Not only do you think it, but you actually say it out loud for people to hear? Of all the ways you could describe me, that’s what you came up with? You ain’t ever seen a Black person before? Like, never seen one of us up close? Like I’m out here in the wild like a gorilla?’”

Lindsay noted that at the time, she gave Gates the “benefit of the doubt” because she was raised in a small Arkansas town. She also noted that the incident had nothing to do with the reason why she is no longer friends with Gates. 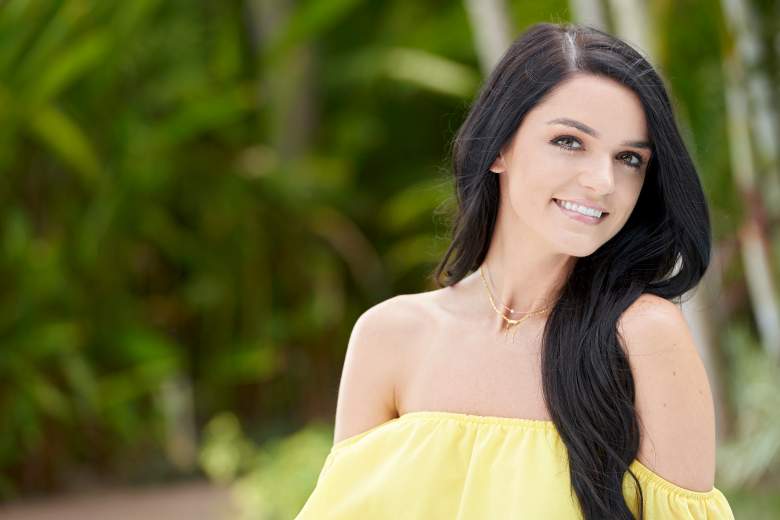 Lindsay has been notoriously secretive about what went down between her and Gates, so much so that even Gates claims not to know what happened. In 2019, she told the “Off the Vine” podcast (via Us Weekly) that she is  “just as shocked as everybody else” about her fractured friendship with the former “Bachelorette” star.

“I wish I had answers, but I don’t and I don’t know if I ever will,” Gates said. “I have been really saddened by the whole thing just because I really loved her. I guess I just have to put it to rest and it is what it is. … I also want it to be very clear that I have never done her wrong.”

In January 2020, Gates also spoke to Entertainment Tonight about the situation and said Lindsay simply “doesn’t like” her.

“Everyone’s going to think I’m totally bullcrapping this, but this is the truth — I don’t know exactly [what happened between us],” Gates added. “I tried to reach out to her to either squash it or figure out what the problem was to fix it. She didn’t want to talk to me. … I’m so confused about it all… I don’t think I ever will know [why she’s upset].”

In her book, Lindsay addressed Gates’ claim that she was clueless over what happened between them, and expressed dismay over how the public has responded to her former friend’s side of the story.

“They went so far as to call Raven the bigger person, as she did interviews claiming to have no idea why I was upset with her and that she missed our friendship,” Lindsay wrote, per ScreenRant. “Even though it was clear that I’m the one who ended that relationship, I don’t get the benefit of the doubt that I had a good reason to do so.”

Team Raven. Why can’t this girl go away now? She is desperate for attention and the spotlight trying to take down people at every turn. Fade in to the set dressing already!