Katie Thurston‘s season of “The Bachelorette” kicks off on Monday, June 7, 2021, on ABC. Reality Steve has already managed to get some information to spoil the season, for those who simply cannot wait to see how things play out for Thurston!

Steve was first to share the photos and names of the guys who would be on Thurston’s season, and even revealed who she gave her first impression rose to. While the spoilers have been slow to come in due to the show filming all in one location, Steve has revealed two very big things. The first, is that Thurston is engaged. The second is that she final four guys are Greg Grippo, Blake Moynes, Justin Glaze, and Andrew Spencer, according to Steve’s Instagram.

At the time of this writing, Steve has not revealed who Thurston accepted a proposal from. He also does not appear to know who Thurston’s top two guys are. So, for the time being, let’s take a look at the four guys who Reality Steve claims will get Hometown Dates this season.

Greg is already lining up to be an early favorite. Not only does he get Katie’s first impression rose, but fans have already started giving him follows on Instagram.

Greg is a 27-year-old from Edison, New Jersey. He works as a marketing sales rep. According to LinkedIn, he took his current job at a staffing agency called Mondo about seven months ago.

He comes from a big family, and he absolutely loves kids. His Instagram is filled with pictures of his nieces and nephews, whom he seems to love spending time with. According to his ABC bio, Greg would like to have six kids of his own some day.

Greg is very athletic, and was a star basketball player in high school and in college. 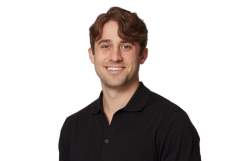 Greg Grippo on ‘The Bachelorette’: 5 Fast Facts You Need to Know

You may recognize Blake, 29, from Clare Crawley and Tayshia Adams’ season of “The Bachelorette.” He will be looking for love again, and will be a late addition to Katie’s season.

Blake hails from Hamilton, Ontario, Canada. According to his LinkedIn, he attended Algonquin College of Applied Arts and Technology where he studied outdoor adventure and outdoor education back in 2014. He continued his education at Thompson Rivers University, where he got his degree in adventure tourism management and outdoor education. The long-short of it? Blake loves animals. This is clear on his Instagram account as well.

Perhaps it’s not surprising that Blake is a big hockey fan, given that he’s from Canada. Aside from watching the sport, he played hockey in college.

Blake’s ABC bio isn’t live yet since he isn’t technically part of the night one cast. He does join the group, however, just not right away. 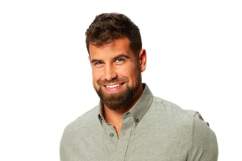 The Bachelorette 2021: Is Blake Moynes Definitely on Katie Thurston’s Season?

Justin is a 26-year-old investment sales consultant from Baltimore, Maryland. According to his bio on ABC’s website, he “comes from a loving family and credits his parents, who have been happily married for over 30 years, with providing him an excellent example of what a successful relationship should look like.”

Justin is a skilled painter, who is athletic and a fan of Marvel movies. He “considers himself to be very romantic and holds a lot of value in having a strong intimate connection, both emotionally and physically.”

His Instagram is filled with photos of the artwork that he’s done over the years. His most recent post from May 18 was a promo for the show. “Grab a bottle and get ready. Couple glasses of Sauv Blanc and anything can happen on @bacheloretteabc ….except maybe dancing….
I’m saving my moves for marriage,” he captioned a pic. According to his ABC bio, he does NOT like to dance.

Andrew splits his time between Vienna, Austria, where he plays professional football, and Chicago. When he isn’t on the field playing, he is spending his time with kids; he works as a football coach and a teacher’s assistant.

In his ABC bio, Andrew, 26, reveals that living in Europe taught him a thing or two about life. He expressed that his experience “has given him an updated outlook on life where people work to live instead of live to work.”

He is hoping to find a woman to settle down with, and he wants to start a family. While not quite enough for his own home-grown football team, Andrew would like to have five children.

Andrew is funny, he loves to travel, and he’s a big fan of margaritas! He also has an interesting connection to the “Bachelor” franchise. He is cousins with “Bachelor in Paradise” star Clay Harbor.