Tyler Cameron first made headlines as a contestant on Hannah Brown’s season of “The Bachelorette” in 2019, but he has moved on.

The reality TV romance didn’t pan out – Brown left him standing as her runner-up and a subsequent try at a romance also failed —  but now that he’s competing in the new celebrity dancing competition, “The Real Dirty Dancing,” fans are wondering if Cameron is still single or if he has a girlfriend.

Cameron, 29 was in a serious relationship with 23-year-old model Camila Kendra until they broke up in August 2021. The split was sudden, a source told Us Weekly at the time.

“Things were going well until they weren’t,” an insider dished last summer. “Friends were surprised things ended so quickly.”

Cameron and Kendra began dating in January 2021 after meeting on Instagram and realizing that they were only about an hour from one another in Florida. During a July 2021 appearance on “Watch What Happens Live,” Cameron revealed that he was “very in love” with Kendra.

“She said ‘I love you’ and then I came later,” he said on the Bravo show. “It was at a moment of pure love, like, it just came out. You know what I mean? It was not the way I expected it, but it was beautiful.”

The couple’s sudden split less than a month later was initiated by Kendra, who reportedly ended things with “The Bachelorette” runner-up after he was spotted with a mystery blonde at a Florida bar, according to the Daily Mail. Two months after his breakup, Cameron told Page Six he was “not worried about dating anybody right now.”

He also revealed that his secret to getting over the breakup was to keep himself busy. 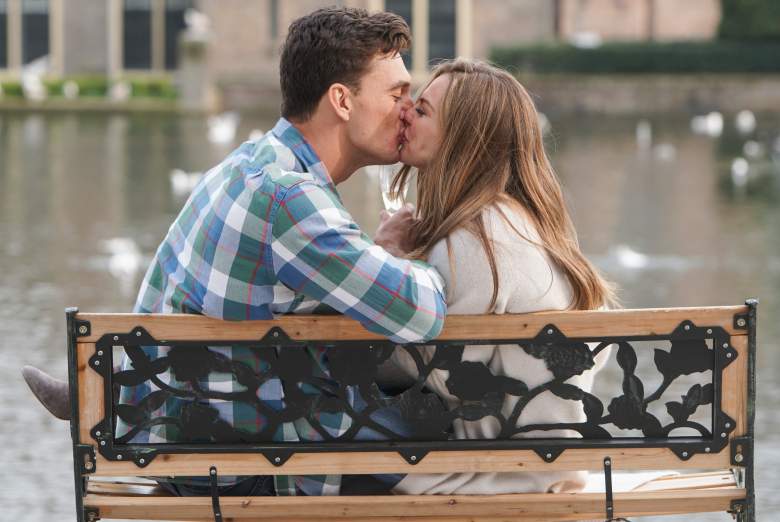 Before dating Kendra, Cameron was linked with supermodel Gigi Hadid. In September 2019, Cameron even traveled to the Netherlands with Hadid to attend her grandmother’s funeral, according to People.

That whirlwind, two-month romance took place after Cameron had briefly rekindled things with Hannah Brown when she ended her engagement to her final “Bachelorette” suitor, Jed Wyatt. In her book, ”God Bless This Mess,” the former “Bachelorette” star claimed that Cameron ghosted her for Hadid.

“Tyler met up with a supermodel after getting off the phone with me,” Hannah wrote in her tell-all, per Entertainment Tonight. “This wasn’t a TV show. This wasn’t some game. My time with Tyler at my apartment wasn’t some meaningless hookup, the way it was portrayed in the press. My heart was on the line. And he broke it. With a supermodel.”

Brown claimed that Cameron told her that she “got to date thirty guys” on “The Bachelorette,” so he wanted to date around too. She later realized a relationship with Cameron was “not good” for her. Brown described herself as Cameron’s  “bench girl” and “the backup player who never got to play in the game.”

According to Us Weekly, in between his relationships with Brown and Kendra, Cameron was linked with “Siesta Key” star Juliette Porter and Kylie Jenner’s bestie, Stassie Karanikolaou.  In November 2019, the outlet revealed that Cameron and Karanikolaou had been spotted at a Hollywood nightclub and at a football game before spending New Year’s Eve together.