Audrina Patridge stunned fans when she posed for new photos during a night out.

On February 19, the 36-year-old The Hills: New Beginnings star shared a slideshow to her Instagram page as she posed at a red carpet event. In the pics, Audrina wore skinny jeans, a metallic tank, a bright orange fur-covered wrap, and high heels. Several shots featured close-ups of the MTV star.

“I have not dressed up for a red carpet in a long time!” the mom of one captioned the post. “It’s incredible how hair, makeup and clothes can literally transform you! Lol I barely recognize myself out of jeans, a t-shirt and bun!”

But some fans couldn’t recognize Audrina either.

In the comment section of Audrina’s slideshow, some of her followers zeroed in on her face. The reality star looked noticeably different, with lighter, pink-tipped hair and fuller lips.

“You look different what happened,” one commenter asked “The Hills” star.

”Right! Had to read the name to know who she was!!!“ another agreed.

“My theory is all women are morphing into the same woman,” a third follower chimed in.

Others speculated that Audrina got lip injections to make her mouth appear fuller. Some remarked that she looked ”prettier” before she altered her face.

“Wow the lip thing is an irresistible temptation in Hollywood huh??” another wrote to Audrina. “Dang I never thought this beauty was gonna cave though #YouDontNeedThat Girl.”

“It makes me so sad,” another fan wrote. “She didn’t need to do anything. If she’s happy we shouldn’t care. But I didn’t recognize her at first. “ 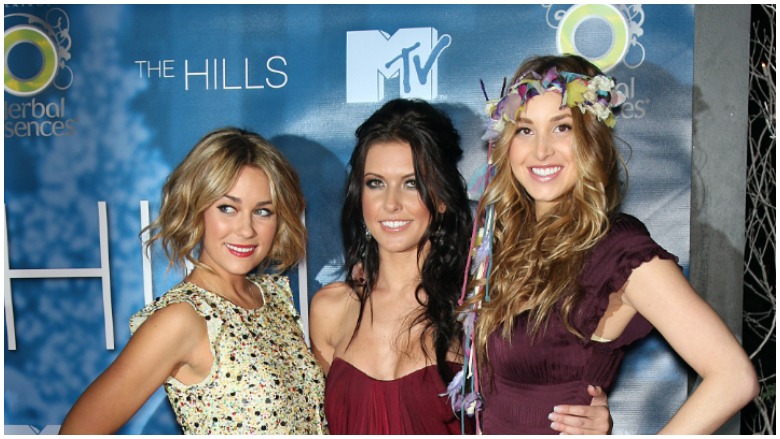 GettyLauren Conrad, Audrina Patridge, and Whitney Port attend the season 4 finale of MTV’s “The Hills” at Tavern on the Green on December 22, 2008 in New York City.

Audrina’s appearance has changed a lot since she first appeared on the original “Hills” series more than 15 years ago. In 2010, a source told Us Weekly that Audrina had plastic surgery to enhance her body. The insider noted that the wannabe actress felt she needed “to be perfect to continue her career in TV and film” and that she had surgery to increase her breast size.

“She’s confident in her looks,” a source said at the time, adding, “I don’t think she’ll get more surgery.”

While Audrina denied having surgery, the outlet noted that her “Hills” co-star, Spencer Pratt, took to social media to accuse her of getting “nasty Tijuana plastic surgery.”

More recently, Audrina did confirm that she likes to use non-surgical lip fillers.  In 2020, she partnered with Juvederm, and she told New Beauty it was just the lift she needed during the COVID-19 quarantine.

“Thankfully with the Juvéderm Volbella I had done … I wake up with amazing lips that look really natural,” Audrina said at the time. “One of the biggest benefits is that I don’t have to overdraw my lip line—I just wake up, throw some gloss on and I’m good to go. And it lasts for so long, so I haven’t had to worry about getting them touched up. So, whether I’m wearing a mask or not, I still feel good.”

READ NEXT: Audrina Patridge to Tell All About ‘The Hills’ in New Memoir