Brandon Thomas Lee filmed scenes with a new girlfriend on the second season of “The Hills: New Beginnings,” but fans know little about her.

In February, Brandon, 24, shot scenes with his girlfriend, Daniella Beckerman,  and some of his “Hills” his castmates in Lake Tahoe,  per The Daily Mail. The couple went tubing down a mountain and later shared a kiss. The two were also photographed together at an event in Match 2021.

On the first episode of the new season of the MTV reality show, the actor was  seen surprising his new lady with a picnic atop a cliff and telling her,  “If anything deserves a chance, it’s this relationship.”

Daniella spoke to Brandon about how he closes himself off from her at times, which was a theme reminiscent of the one with his Season1 girlfriend, Ashley Sky. That relationship ended with an on-camera, pierside breakup at Malibu Farm.

Now, fans are wondering if they will see another Brandon breakup on “The Hills: New Beginnings.”

Daniella Beckerman Is a Model

Brandon’s latest “Hills” girlfriend is a model with an Instagram following of 360,000  fans, including multiple “The Hills’ cast members. She also boasts an Elite Modeling portfolio for Elite Los Anegels and Miami, in which she goes by the nickname Dani Beckerman.

In a 2018 interview with Ocean Drive magazine, Daniella revealed that she got into modeling when she went to an open casting call in Miami when she was just 15.

“I ended up leaving with a signed contract with the agency,” she said, adding that she looks up to Victoria’s Secret models like Adriana Lima and Candice Swanepoel.

Daniella also revealed that if she weren’t a model she would be a musician.

“I have been playing the piano almost my whole life, but dance and electronic music is what I’d want to create,” she said.

Brandon Thomas Lee Recently Revealed that He Is Now Single 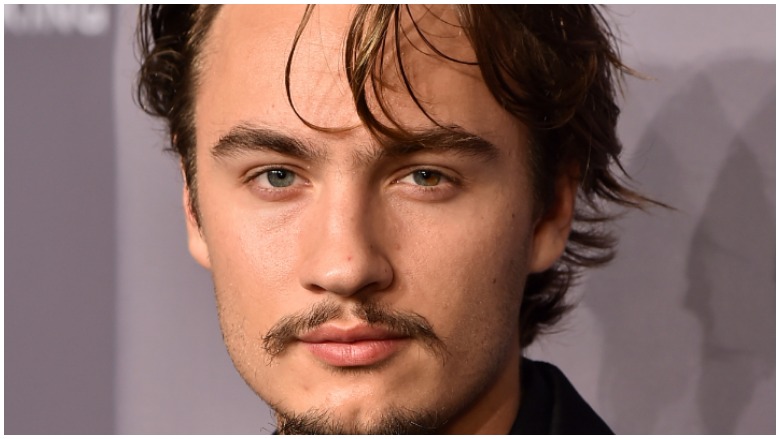 It turns out that Brandon’s romance was not for the long haul. He told Entertainment Tonight Canada that he and Daniella have since broken up and that he is not looking forward to seeing their relationship unfold on TV.

The son of actress Pamela Anderson and Motley Crue drummer Tommy Lee admitted that is “definitely hard” to rewatch the “good parts” of his relationship that is now over.

“Usually you try to think about like this is what happened, this was bad, let’s move on,” he said. “You don’t really want to watch a highlight reel of your relationship with your ex. It’s just kind of weird.”

Earlier this month, Brandon told The New York Daily News that a “Hills’ scene that shows him passing a jewelry box to his lady had some people thinking he got engaged—including his famous mom.

“My mom called me the other day saying, ‘Are you engaged? Like what’s going on, blah blah blah,’” he told the outlet. “And I was like, ‘What the f–k is going— what’re you guys talking about?’ No, the opposite actually. No, I’m single at the moment.”

He did admit that he was recently in “a pretty serious relationship,” which will be featured on the  new season of the MTV reality show.

“You get to see that play out definitely,” Brandon said. “It gets interesting when you put new things on TV and there’s a lot of pressure.”