Brody Jenner‘s reaction to his ex Kaitlynn Carter’s recent pregnancy news was surprising to some fans of “The Hills.” The Foray Collective co-founder announced she is expecting her first child with boyfriend Kristopher Brock, but her ex wasn’t exactly jumping for joy over the news.

On “The Hills: New Beginnings,” Carter, who was in a relationship with Jenner for five years, finally came clean about her secret as her co-stars began speculating that she looked pregnant during a group trip.

At one point, Jenner quipped that he already knew about Carter’s pregnancy, but it wasn’t because she told him about it. He also questioned why Carter didn’t seem to care how he felt about her having a baby after their long history together.

“It’s hurtful to see all these other people that seem to know that she’s pregnant and not me,” Jenner said in a confessional interview. “A baby was such a big part of our relationship and talk in our relationship. I don’t need to be the first one to know but I think I should be in the top 10. Somewhere in there.”

Carter admitted that sharing the news with Jenner, who she split from in 2019 but remained best friends with, felt “like one final nail in the coffin.”

The mom-to-be finally spilled the beans after an annoyed Jenner asked her, “What’s really going on Kait? Do you have a surprise for me? Just say how it is.”

Jenner, 37, previously admitted he was hesitant to start a family when he was with Carter because he grew up in a broken home. But on social media, some “Hills” fans questioned why he seemed so thrown off by his ex’s pregnancy now that she was in a new relationship.

“Why could Brody ever have a problem with Kaitlynn being pregnant when he would not give her a child in marriage?” one fan wrote on Instagram.

“I think she’s too nice to him,” another wrote of Carter. “He acts entitled and making this whole situation about him. He has no reason to be upset. He didn’t want to give [Kaitlynn] a child, so now she found happiness and someone who wants to build a family with her.”

“What’s he got to be upset about? He flaunted his most recent girl right in front of her with no heads up,” a third viewer added.

Others said they felt that Jenner looked like he was “hurting” in the scene and that he was probably regretting some things about his relationship with Carter.

Carter Had Been Talking About Having a Baby Ever Since the First Season of ‘The Hills: New Beginnings,’ Which Filmed in 2018 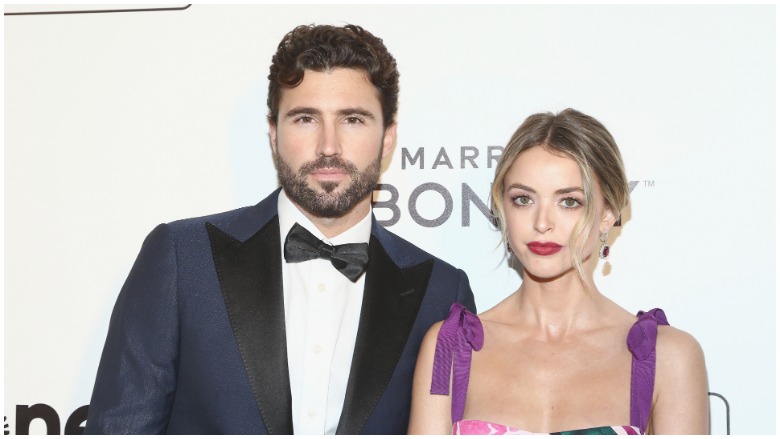 Fans may recall that on the first season of “The Hills: New Beginnings,” Jenner accompanied Carter to a gynecologist so they could talk about a fertility plan and possibly freezing her eggs.

Carter revealed that she had a pregnancy timeline in her mind that had already passed. She explained that her mom gave birth to her at age 25, and she had always imagined she would have kids of her own by that age and was feeling “stressed” about the fact that she wasn’t a mother yet at age 30.

But Jenner was not on board with having a baby just then. He also told Us Weekly that he and Carter weren’t actively trying to start a family.

“No I wouldn’t say baby fever,” he said. “We’re at a point in our lives now that we’re not opposed to having kids but we’re not necessarily really trying to have children right now. I think if we do, all of a sudden or accidentally, and it happens, we will be very excited and ready for it but we’re not in a rush I would say.”