Kaitlynn Carter opened up about her ex-husband Brody Jenner’s flirty relationship with Audrina Patridge, which has been playing out right in front of her face.

In a new clip from “The Hills: New Beginnings,” Carter, who spent seven years with Jenner, warned Patridge that if she’s looking for a serious relationship, she may want to run the other way.

After Jenner and Patridge got cozy – and flirty – while roasting marshmallows during a “Hills” cast trip to Lake Tahoe, Carter opened up in a confessional.

“If Audrina’s in a position where she’s a single mom and she has a daughter and she wants to move forward in more serious relationships, she literally just firsthand witnessed what happened between me and Brody which a lot of it was him not wanting to have the responsibility of a wife or a child or a family or anything,” Carter said in the clip, which can be seen below. “And then that’s who she decides to pursue romantically? Like that doesn’t seem like a good decision.”

Patridge shares a young daughter, Kirra, with her ex-husband, Corey Bohan, while Jenner has admitted he is hesitant to start a family due to his experience with his parents’ breakup when he was a young child.

Carter has long had an issue with her ex’s close friendship with Patridge. In an earlier episode of “The Hills: New Beginnings,” Carter revealed that Jenner often hung out with Patridge alone during their seven-year relationship.

“For a little while now, I’ve had suspicions about Brody and Audrina, even when Brody and I were together they would do these late-night, stay up all night talking to each other kinda things,” Carter said on the show (via TooFab). “I would just hope if they were hooking up, one of them would give me a heads up.”

Carter later confronted Patridge, who downplayed any romantic feelings for Jenner and described their connection as “that best friend factor.” The Prey swimsuit designer said she and Brody just talked about what was going on in their lives and gave each other advice during their late-night chats.

Jenner and Patridge Opened Up About Spending the Night Together 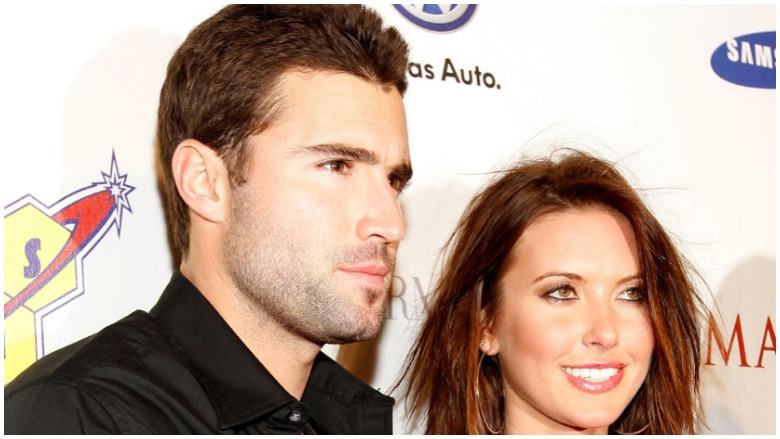 GettyBrody Jenner and Audrina Patridge attend the 2010 Maxim Party at The Raleigh on February 6, 2010 in Miami, Florida

Jenner and Patridge have been close friends for more than a decade, but they’ve never taken their friendship past the flirty stage –until now. On the second season of  “The Hills” spinoff, the longtime pals admitted they shared a kiss and even spent the night together during filming.

In an interview with Entertainment Tonight, Patridge confirmed, “There was a kiss, and we will talk about our friendship and where it led and what we decided on….He was a good kisser. I feel like we have always had a flirty relationship or friendship, whatever it was.”

She noted that while they were filming scenes for the MTV reality show last fall, they were both single at the same time. Jenner also chimed in on his chemistry with Patridge.

“We’ve always had chemistry, even in the original show, and she’s just so much fun to be around,” Jenner told ET. “For some reason, her and I are always the ones staying up the latest, talking too late … We’re really, really close.”