Kristin Cavallari’s return to “The Hills: New Beginnings” has fans feeling nostalgic for her romance with her onetime boyfriend, Brody Jenner. With both stars now single – Cavallari ended her marriage to Jay Cutler last year, while Jenner and his ex, Kaitlynn Carter, parted ways in 2019 – fans of the MTV reality show may see at least a spark between the former flames when they reunite for “The Hills” reboot.

Earlier this year, Kristin and Brody met up at a Malibu beach to shoot scenes for the new season. Since that time, some stars of the show have teased that the two friends got a little closer than expected.

In a recent interview, “The Hills” star Spencer Pratt teased that Brody got cozy with Kristin. Spencer told Access that Brody confided in him after he met up with the recently divorced mom of three.

“Brody went on record, at least with me — I’m not sure if I’m supposed to say it —  and said they almost made out on the rocks,” Spencer dished.

“The Hills” veteran also teased his co-stars’ possible liplock while speaking with Us Weekly.

“She brought some potential romance,” Pratt told the outlet. “Brody told me that him and Kristin almost made out on the rocks on the beach. So, I can’t wait to actually tune in just to [see] that part. See how close — I think she said, ‘Kiss me,’ and he did it.”

Justin Bobby Brescia and Audrina Patridge teased that she saw the smooch. “I was behind the rock, spying,” Audrina said. 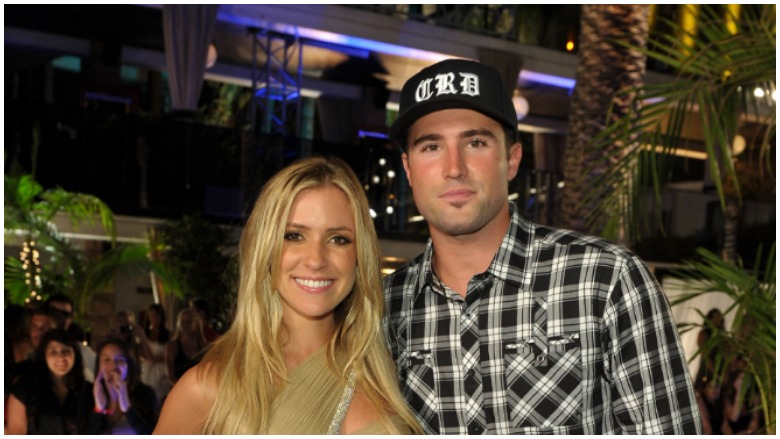 Brody spoke out to address the buzz, while also referencing the recent “Hills” trailer that teased he once kissed Audrina.

“I don’t know. Did we kiss?” he said of Kristin. “I mean, [I was] pretty tired that morning,” he explained. “I think Audrina and I stayed up all night the night before and the night before that.”

He also gave the backstory on his relationship with the Uncommon James founder.

“Kristin and I, we dated for a while back in the day,” Brody explained. “We’ve always maintained a great friendship. She’s so much fun. She’s so great at filming…. She comes in, she knows how to bring it. “

Brody added that Kristin knows how to stir up drama, and added that she looks better than ever.

“She looks incredible,” he said.  “Like, for real, she has three kids. I mean, she’s worked her butt off and she looks so good. Like, it’s crazy. I couldn’t even believe how incredible she looks.”

Unfortunately for fans,  the kiss may have been nothing more than a peck between pals. An insider told E! News that nothing steamy happened when Brody and Kristin reunited.

“It was a catch-up,” the source told the outlet. “It’s not romantic.”