Kristin Cavallari is not losing sleep over her ex-husband Jay Cutler’s dating life.

After the former “Hills” star’s ex-husband was spotted on a date with singer Jana Kramer, there were rumors that Cavallari blocked her onetime friend on social media, according to E! News.  But an insider told Hollywood Life that while Cavallari has vowed to never speak to Kramer “ever again,” she isn’t bothered by Cutler’s dating dame.

“Kristin and Jay were in court last week,” the source dished. “She doesn’t care anymore that he wants to date Jana or anyone for that matter. She really doesn’t care. She’s happy. She’s in a good place. She doesn’t want to deal with drama and wants to just move on her with life.”

Cutler and Kramer were seen getting cozy at a grand opening party for the Twelve Thirty Club rooftop bar in Nashville, Us Weekly reported in September 2021. There have been rumors that Cutler went on the very public date to get under Cavallari’s skin. An insider told People the former NFL star is “not happy” Cavallari has been dating country singer Chase Rice and “has been trying to get her back” by dating Kramer.

Cavallari and Cutler split in early 2020 after nearly seven years of marriage.

Kramer Played Coy About Her Night Out With Cutler 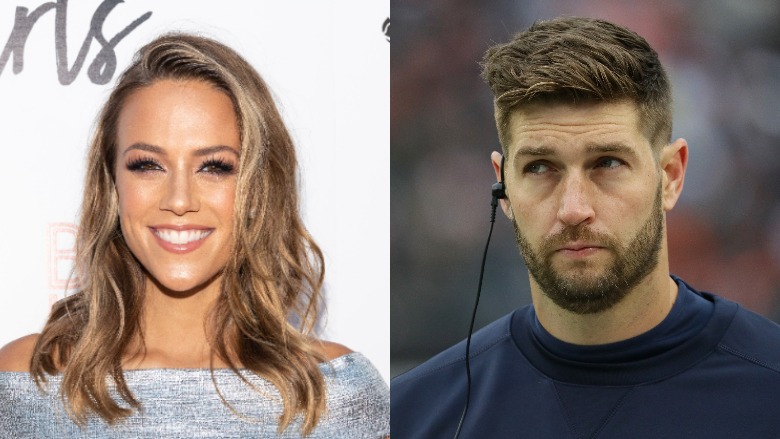 Kramer, who split from her ex-husband Mike Caussin in early 2021, has been tight-lipped about her date night with Cutler. But she did tell E! News that she is no longer on dating apps.

When asked directly about her relationship with Cutler, Kramer told the outlet, “I’ve learned the lesson of being almost too open in my words … I just want to keep things close to me cause if not they will get so picked apart. I just wanna be careful about that ’cause I feel like I got really burned sharing too much of my last relationship, so I wanna keep things a little closer to my chest.”

Kramer also addressed reports that Cavallari blocked her over her date with the former Bears quarterback.

“I know my truth, I know my heart, I know the person that I am, and I can go to bed knowing those things,” she said. “I know my intentions in my heart, and I have respect for everybody involved, so as long as I do things the right way, then I’ll be okay.”

Cavallari has been dating singer Chase Rice, according to TMZ. A source told People that Cavallari and Rice were spotted packing on the PDA while at Losers Bar and Grill in Nashville earlier this month.

“They’re having a good time and enjoying getting to know each other,” the insider said.

“I don’t know why people care about what I do with my life,” he told the outlet. “The only thing that I like being in a headline for … is when people talk about music. My personal life needs to be my personal life, because that’s the part of my life that’s sane. That’s the part of my life that’s safe and normal. And if you lose that, I don’t know what would happen to me, but I wouldn’t like it.”