Kristin Cavallari’s ex-husband went on a date with a country singer, but could it have been for payback?

Cavallari’s ex-husband, Jay Cutler, was spotted on a  date with singer Jana Kramer. Kramer and Cavallari have a few other things in common—both were contestants on “Dancing with the Stars” and both have starred on TV shows with Stephen Colletti — Cavallari on “Laguna Beach” and Kramer on “One Tree Hill.” But what about this latest crossover with Cutler?

“It’s not that random,” an insider told Yahoo Entertainment. Both Cutler and Kramer live in Nashville and have recently been through “very public divorces.”

But Cutler’s timing is interesting. 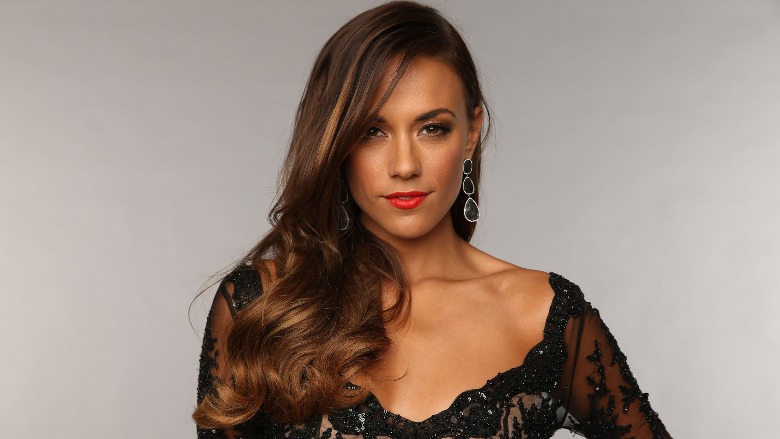 Cutler, who shares three kids with Cavallari, recently admitted that dating after divorce is “hard as hell.” According to E! News, on his “Uncut With Jay Cutler” podcast, the 38-year-old  ex NFL star said, “Meeting people is hard … I’m at a different phase of my life now with kids. Priorities have changed. It isn’t just a purely selfish play by my part.”

“There are a lot of other aspects that have to be taken into consideration whenever you get back out into that world and the whole landscape has changed,” he explained. “There are apps, there’s Twitter, there’s Instagram, it’s a whole different ball game. You’re not just walking into a restaurant or bar and talking to somebody. That doesn’t exist anymore.”

But Cutler did go out on a date with Kramer, who is also a single parent now that she has split from her ex, Mike Caussin. An insider told People the two single celebs have only been out together once. Cutler and Kramer, 37, were spotted dining at Bourbon Steak and later seen getting drinks at L.A. Jackson in Nashville.

“So far it’s just been one date,” the source said, adding, “Kristin and Jana are just acquaintances and have only met twice. They’re not friends.”

But the insider added that Cutler went on the date specificallly to try to get a reaction from his ex.

“Jay was trying to make Kristin jealous by going on this public date with Jana,” the source dished. “He’s not happy she’s dating Chase [Rice] and has been trying to get Kristin back.”

As for her ex-husband’s reported attempt to make her jealous, Cavallari didn’t bite. According to E! News, Cutler made sure Cavallari knew about his date — he gave her a heads-up beforehand — and she responded by blocking Kramer on social media.

“She does not care and is not bothered, but she has blocked Jana over it,” the insider said of Cavallari’s reaction to Cutler’s date. “She doesn’t have room for this in her life.”

Cavallari has casually dated since her split from Cutler last year.  According to a source for E! News, the former “The Hills” star has been seeing country singer Chase Rice in recent weeks.

Like Cutler and Kramer, Cavallari, 34, and Rice, 35, both live in the Nashville area. An insider told Us Weekly that while the romance is “still very new,” Cavallari and Rice “really like each other.”

“They’ve been spotted around Nashville on a couple of dates,” the source revealed.  “Kristin thinks Chase is a really sweet and fun guy.”

TMZ reported that Cavallari’s relationship with Rice is “pretty low-key and casual so far” and is not “exclusive,” but following Cutler’s outing with Kramer, the duo’s public PDA was in full force.

A source told People that Cavallari and Rice had a Labor Day date at Losers Bar and Grill in Nashville a few days after Cutler’s outing with Kramer.

“They were very affectionate and making out,” the insider said of the Uncommon James founder and her date. “They’re having a good time and enjoying getting to know each other.”