The second season finale of “The Hills: New Beginnings”  is in the can,  but will the MTV revival series be back for a third go-around?

For season 2,  viewers witnessed storylines about new and old romances, surprising pregnancies,  and even a spiritual awakening for Justin Bobby Brescia. There was also a hefty dose of Spencer Pratt and Heidi Montag butting heads their co-stars, as well as a highly publicized cameo by original series star Kristin Cavallari.

A Potential Third Season of ‘The Hills; New Beginnings’ Is Still Unwritten

MTV has not yet given the green light for a third season of the show.  Both prior seasons experienced production delays, the latter due to the COVID-19 pandemic, but series star Spencer Pratt has already said there is no way the show will be renewed for another season – at least not with its current cast.

“It’s not getting renewed, it’s not even a maybe,” Pratt recently told the “Unpopular” podcast. “They would have to use another production company, this production company wouldn’t even do it. They won’t even mess with this cast, there’s no way. I think it would be like Gossip Girl with a new cast of kids. That’s the only chance.”

Pratt also called  his co-stars “bring” and “losers.” In a separate interview on the “Hollywood Raw” podcast, he accused the other “Hills”  cast members of being “shady” about what facets of their lives they wanted to show on camera. He noted that the production team had nothing to work with.

“The producers had nothing, so they went with nothing, because there’s nothing here, and it just looks like that,” he said.

Pratt did tell Entertainment Tonight that “if there was a season 3, it would be with an all-new cast because after this season, I don’t see how everyone would be able to be in the same room once this airs.”

The reality star made that statement before he even knew what his co-stars said about him in their testimonials with producers.

A ‘Hills’ Newcomer Claimed That Ratings for Season 2 Were High 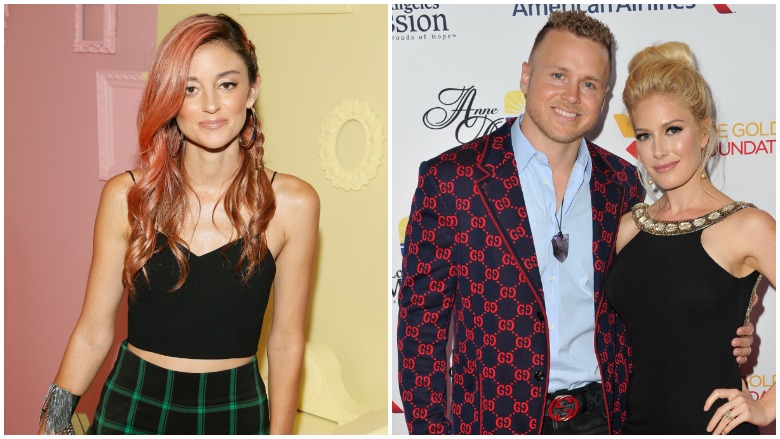 Not everyone agrees with Pratt’s assessment of “The Hills.”  Newcomer Caroline D’Amore told the “Chanel in the City” podcast that the show was doing just fine and that ratings “are really high” and continued to get higher each week.

When the spinoff series debuted in 2019, The Wrap reported that it was the second most-watched cable series premiere among young adults of that year, bested only by  MTV’s “Double Shot at Love” with “Jersey Shore” star DJ Pauly D and Vinny Guadagnino.

At the time, “The Hills” New Beginnings” spinoff was heavily promoted by MTV, with teasers for the show airing during the popular MTV Movie & TV Awards as well as the MTV Video Music Awards. But according to Pratt’s recent interviews, bigwigs at the network don’t care about the show.