Pamela Anderson is getting biopic about her life with her ex-husband, Motley Crue drummer Tommy Lee.

The parents of actor and  The Hills: New Beginnings star Brandon Thomas Lee will be the subject of a Hulu limited series that will star Lily James and Sebastian Stan.

The upcoming eight-episode biopic has a working title of Pam & Tommy and will begin shooting this spring, according to Deadline.

And while the Baywatch bombshell, 53, and the rock drummer, 58, aren’t involved in the production of the biopic, insiders say they are well aware of it, the outlet reported. 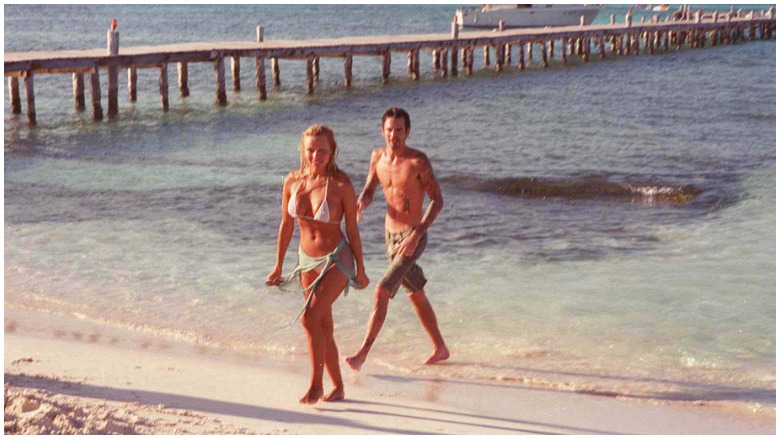 The streamer’s move to profile the former couple isn’t a shocker considering the pair dominated the tabloids from the beginning of their relationship in the mid-1990s.  The rock star couple only knew each other for 96 hours before they got married in February 1995, and they shook up the entertainment industry when a sex tape from their Mexican honeymoon was stolen and their most intimate marital moments went global.

The leaked tape, which broke ground more than a decade before Kim Kardashian and Paris Hilton made headlines for viral sex videos, was seen by millions. Radio host Howard Stern once described Pam and Tommy’s leaked 54-minute home video as “the greatest tape” he had ever seen in his life, according to Rolling Stone.

“What’s cool about it is that, like, you get to live their lives with them,” the Sirius XM host said.

The illegally taken tape later resulted in a legal battle when Anderson sued video distribution company Internet Entertainment Group. The celebrity couple, who welcomed their firstborn, Brandon Thomas, in June 1996 and son, Dylan Jagger, in December 1997, later made a deal with IEG to make the tape available to subscribers.

In the Hulu biopic, Seth Rogen will play Rand Gauthier, the disgruntled associate who stole the tape from Anderson and Lee’s home. 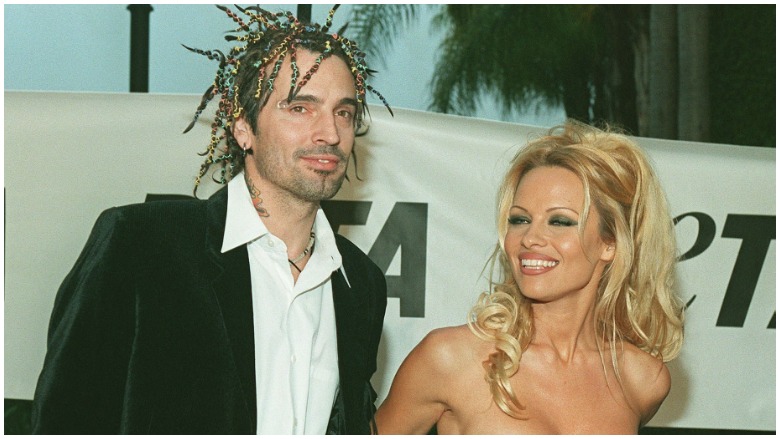 GettyPamela Anderson Lee (R) arrives at the “People for the Ethical Treatment of Animals” (PETA) awards with her husband Tommy Lee, 18 September 1999 in Los Angeles.

Filming hasn’t even started yet, but some think the announced cast will be hard-pressed to do the iconic couple justice.

According to The Things, some critics think Cinderella-playing James will have a hard time filling out ex-Playmate Pam’s outfits. On social media, some commenters lamented the thought of a former Disney Princess taking on the role of the blonde bombshell.

Some suggested that vixens such as Margot Robbie, Megan Fox, or Scarlett Johannson would be more suitable for such a sexy role.

In addition, Screenrant noted that Stan is such a part of the Marvel Cinematic Universe from his role as Bucky Barnes/Winter Soldier in the Captain America franchise that it will be hard to see him as the heavy metal rocker. Some have suggested that rapper Machine Gun Kelly, who nailed the part of Lee in the raunchy Netflix biopic The Dirt, should reprise the role for the Hulu project.

Lee was a huge fan of Kelly’s portrayal of him in The Dirt, even  telling the website ToneDeaf he has “never seen somebody so dedicated to the role.”

“He called me and goes, ‘Dude you’re not going to believe this, I’m playing you in the movie!’” Lee said. “He was like, ‘I got the script bro, I’m f—ing coming over and I’m gonna go through this s–t with you line by line and I want you to tell me exactly how it went down!’. ..We went into the script over a couple of days, then he went and took three or four months of drum lessons.”

Loading more stories
wpDiscuz
0
0
Would love your thoughts, please comment.x
()
x
| Reply
The mom of a 'Hills: New Beginnings' star will get a Hulu biopic.