Getty Spencer Pratt of The Hills.

Spencer Pratt thinks “The Hills”  is done. The MTV star, who appeared on the original MTV series more than a decade ago as well as the recent “New Beginnings” spinoff, said the current cast will never get a deal for a third season.

‘It’s not getting renewed, it’s not even a maybe,” Pratt told the Unpopular podcast with Jacques Peterson. “They would have to use another production company, this production company wouldn’t even do it. They won’t even mess with this cast, there’s no way.”

He added that the only chance for the show would be to get a completely new cast.

Pratt described ”The Hills” as “shady” and said MTV ignores the show and the bigwigs at the network don’t even realize it’s on the air.

Pratt and his wife butted heads with most of the cast members on the second season of the MTV revival series. Following a scene in which the Pratts were ambushed by Jason Wahler and his wife Ashley during a cast dinner in Lake Tahoe,  Pratt tweeted, “Yah this one producer Meg just enabled this garbage.”

Of his co-stars, Pratt revealed none of them apologized for the on-camera ambush. “No they’re the worst people ever,” he wrote of the cast.

On the podcast, Pratt dished more behind-the-scenes information on the current season of “The Hills” as he described his co-stars as “boring” and “losers.” He said he was told the on-camera setup against him was to create a storyline during a cast trip to Lake Tahoe.

He also questioned why “The Hills” cast members refuse to talk about the real issues in their lives on camera. He called Justin Bobby Brescia a “fraud” and said Brandon Thomas Lee doesn’t want to put his real life on camera because he’s more worried about his acting career.

“The weirdest part of this cast…they have everything [about their personal lives] on Google but don’t discuss it on the reality show,” he said. “TMZ gets more ratings than ‘The Hills.’”

Pratt singled out Audrina Patridge and said, “She’s boring, controlling what she wants to look like on TV.”  He also accused Patridge of clout-chasing with a phony romantic storyline about her and Jenner. He said Jenner would never date Patridge.

He did note that Jenner had his back in testimonials filmed for the show and can attest that there was a ”conspiracy” against him and Montag.

Pratt also said he lost a lot of money doing “The Hills” because it took away from his successful crystal business. “Why am I on this show where I’m allowing these losers to talk negatively about me?” he said on the podcast. 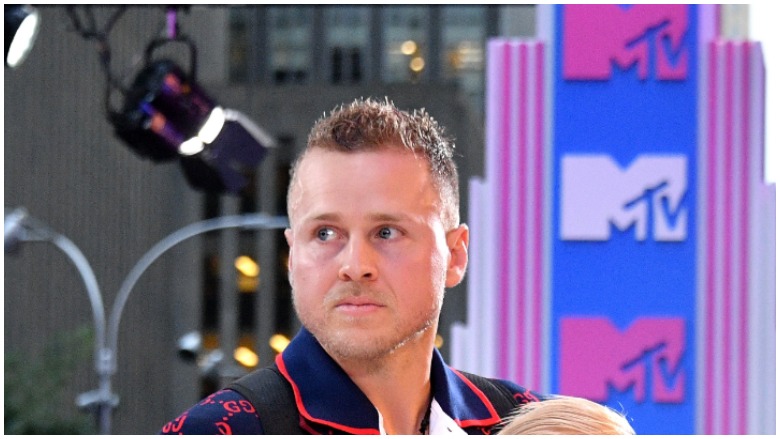 In the interview, Pratt teased that he is already working on a new series based on his Pratt Daddy Crystals business and that he has a first-look deal with Evolution Media.

He noted that the people around him are  young, cool, and “want to be stars” in the same vein as the cast on “Vanderpump Rules.”  He also teased that he will collaborate with other reality TV stars who have their own brands, and he named-dropped “The Bachelorette” alum Kaitlyn Bristowe, who has a wine business, and fellow Bachelor Nation star Corinne Olympios, whom he claims is collaborating with him on jewelry using his crystals.

Pratt didn’t rule out that at least one “Hills” star – his longtime pal Jenner—could make a cameo on his future show.

“[Corinne] can come to the party we’re gonna have at Brody’s house,” he said. “Who knows what happens? There’s so many stars in our lives from other shows.”