Keith Urban is one of the most famous names in country music, but is he going to join “The Voice”?

He is joining the show, but not in the US.

According to Taste of Country, this will mark Urban’s first time working on “The Voice” franchise since he judged the first season of “The Voice: Australia” in April 2012.

According to American Idol Wiki, the singer-songwriter worked alongside Randy Jackson, Mariah Carey, and Nicki Minaj on Season 12 of the show.

On June 24, Kidman posted a racy photo of the pair together, seen above, and captioned the pic, “Happy Anniversary baby! 💋💋💋.” 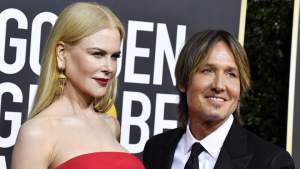 In a recent interview with iHeartRadio’s Cody Alan, Urban was asked whether retirement from the music industry is approaching.

“I will after Mick Jagger does… Which is never gonna happen.”

He added, “I always think of retiring being about a factory job or a desk job or something that’s not your passion necessarily. I play music because that’s what I do. I love making music, and if I weren’t doing it in the gigs that I’m doing it, I would be doing it in little clubs somewhere, or I’d be doing it at someone’s barbecue, or the weekends somewhere, it’s just what I do. So I would never retire.”

Urban admits that he spent a majority of his quarantine experience struggling to stay motivated writing music.

Urban opened up about it with Smooth Radio, sharing, “I didn’t do so great at the beginning of it when all the lockdown started happening. We were in Nashville around March last year – March or April. I was working on this album, and had gotten most of it finished, but I certainly wasn’t finished.”

Urban released his album, The Speed of Now Part 1 in September 2020.

He said of the music on the album, “Musically speaking, the heartbreak was not getting to take this album out live on the road, because it’s what done ever since I started making records. It’s to work on a recording, get it out there, and particularly to have it connect the way that this album is connected, in countries I’ve never even been to before – you know, Russia, China, Latin America.”

At this time, it’s unclear when or if Urban plans to release a part two to the album.

Loading more stories
wpDiscuz
0
0
Would love your thoughts, please comment.x
()
x
| Reply
Is Keith Urban the next panelist on 'The Voice'? Get the details here.