Kelly Clarkson and her two children moved into a new Los Angeles mansion in 2021 following her split from Brandon Blackstock. “The Voice” coach, talk show host and singer bought a $5.4 million mansion in the Toluca Lake neighborhood of Los Angeles, property records show. Clarkson previously shared a home in Tennessee with Blackstock and they also owned a house together in California.

Clarkson is finalizing her divorce from Blackstock and has primary custody of their kids, River and Remington, according to court records. They are splitting time between the LA house and Blackstock’s new home in Montana, the couple’s divorce settlement reveals. The divorce settlement makes it clear that Clarkson owns the Los Angeles home on her own, despite buying it before the separation of their assets was settled by a judge.

The Toluca Lake Mansion Has 6 Bedrooms, 7 Bathrooms, a Guest House, a Pool, a Tennis Court & Plenty of Space for Clarkson’s Kids to Play

According to a property listing viewed by Heavy, the Toluca Lake home has six bedrooms, seven bathrooms and is just under 5,000 square feet. It sits on a lot of just less than 1 acre, according to the listing. The gated home was built in 1936, according to the property records.

The listing explains that the home includes a “full guest house,” tennis court and pool, and offers “total privacy for the most discreet clientele steeped in Hollywood glamour/style. … Preserving the beauty of its artistic details, this estate was just restored/renovated in 2018 while retaining its original charm/character. The Who’s Who of Hollywood have partied here.”

Clarkson’s new home also features fire fireplaces, a new kitchen, an “inviting living room and great room” with “walls of French doors and windows” that open to a “tremendous yard.” Photos of the house also show plenty of space for Clarkson’s young children to play, including a large treehouse and swingset.

According to Page Six, “While its earliest owners are unknown, it was home to Western movie actor Robert Fuller in 1972, ‘Route 66’ star Dean Moray in 1989 and ‘Cheers’ producers and writers Edward and Cheri Steinkellner in 1992, according to public records. … This century, Beach Boys and the Monkees concert producer Kevin Allyn and his wife, Robyn Allyn, owned the house by 2000 and appear to have unloaded it in 2017 or 2018, when the house sold to an anonymous LLC that renovated the property, according to public records.” 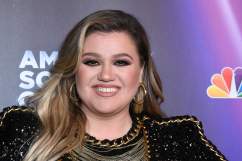 Inside Kelly Clarkson’s Divorce: What Brandon Blackstock Is Getting [DOCUMENTS]

Clarkson also still owns property in Montana, including a ranch that was at the center of disputes during her divorce from Blackstock, and a home that has been used as a bed and breakfast, according to divorce case records obtained by Heavy. Blackstock was renting the Montana ranch from Clarkson until he was forced to move out in June 2022.

In April 2022, Blackstock bought a $1.8 million home in Butte, Montana, according to US Weekly. Clarkson filed for divorce in 2020 and the couple settled the case earlier this year.

During the divorce proceedings, Clarkson sold two homes that she and Blackstock owned together, including a home in Los Angeles. According to the Los Angeles Times, Clarkson initially listed the Encino farmhouse at nearly $10 million, but eventually sold it for $8.24 million. Property records show Clarkson bought the 10,000-square-foot house in 2018 for $8.5 million.

Clarkson also sold her lakefront mansion in Hendersonville, Tennessee, about 25 miles outside of Nashville, for $6.3 million in 2021, according to property records. The home had been on the market for four years, according to real estate listings. 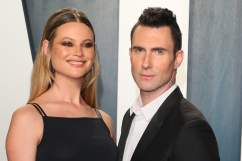 Loading more stories
wpDiscuz
0
0
Would love your thoughts, please comment.x
()
x
| Reply
Kelly Clarkson has moved into a new mansion in Los Angeles after her divorce from Brandon Blackstock. See a tour of her LA house and photos of the home where she lives.