Wendy Williams spoke out on the recent news that Giuliana Rancic will be leaving “E! News Live From the Red Carpet” after two decades on the job.

During a  Hot Topics segment on her daytime talk show, Williams addressed the surprising news of Rancic’s exit from the network and speculated that it may not have been her decision.

“She’s done,” Williams said of Rancic. “I don’t know whether she quit or was fired. She’s been with E! for 20 years.”

Williams admitted that when Rancic first turned up on E!, she didn’t know what to make of her. “When she first got there I was like ‘Who is this girl and why is she telling me about fashion? Why should we believe her?” the talk show host asked.

The former “Dancing With the Stars” contestant added that Rancic is “very thin and can jump into anything.” She noted that the E! star is “out there in Hollywood” and has a delivery that’s “on the snobby side.” But she also imagined that Rancic did her homework before appearing on E!’s red carpet and the accompanying show, “Fashion Police.”

She also speculated that perhaps Rancic, 46, could be pregnant. “She’s like me, we’re bed resters!” Williams dished.

Giuliana Rancic Recently Announced She Was Leaving E! After 20 Years

Rancic announced she was stepping down from the iconic red carpet show in a lengthy Instagram post. over the weekend. In the post, she posed at an E! event while wearing a light blue gown.

“After 20 fabulous years hosting E!’s red carpet, I have decided to step out of my red carpet heels into a new pair of shoes,” she wrote. She added that she had  a new development deal with NBCUniversal that will include producing and  “storytelling.”

Rancic was forced to drop out of covering last fall’s Oscars red carpet when she tested positive for COVID-19 in September, according to Deadline. She will be replaced on E!’s red carpet by Laverne Cox.

Rancic’s Time on E! Was Tainted by a Remark She Made During the 2015 Oscars Red Carpet 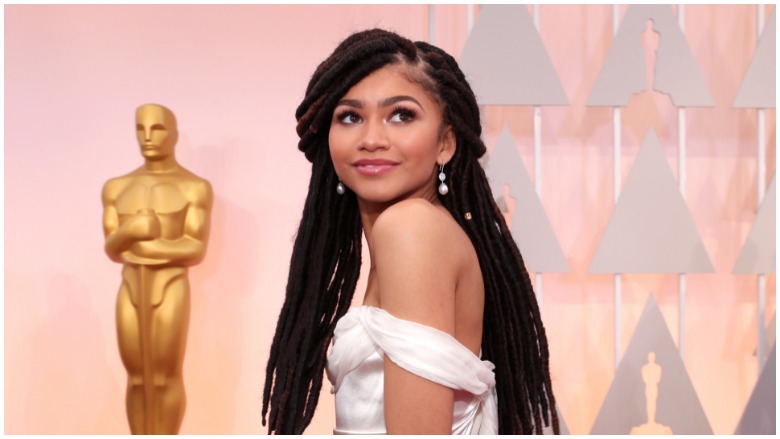 Rancic’s tenure on E! was also tainted when she was dragged for comments she made about singer Zendaya’s dreadlocks during her time on “Fashion Police.” At the 87th Annual Academy Awards, Rancic came under fire when she cracked a joke about teen star’s hairstyle.

“I feel like she smells like patchouli oil… or maybe weed,” Rancic said as Zendaya walked the red carpet.

“There is already harsh criticism of African American hair in society without the help of ignorant people who choose to judge others based on the curl of their hair,” she wrote. “My wearing my hair in locs on an Oscar red carpet was to showcase them in a positive light, to remind people of color that our hair is good enough.”

Rancic issued an apology on social media and on-camera, calling the incident “a learning experience” for her.  Amazingly, she was not “canceled” by the network. “Fashion Police” was canceled in 2017, per IMDB.